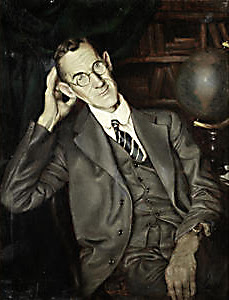 Lev Tchistovsky (Лев Чистовский) was born in 1902 in Pskov, Russia. In 1924 he was Laureate of the Fine Arts Academy of Leningrad studying under Savinsky and Eberling, but left the Soviet Union in 1925. For the next two years he studied at the R .Accademia di Belle Arti in Rome where he met lrene Klestova, who became his companion until his death. In 1926 the couple settled in Paris and began a studio.
Tchistovsky avoided the pictorial trends appearing in the twenties between Montparnasse and Montmartre, focusing instead on classical painting: the art historian Lukomsky called him an “authentic resistant”. 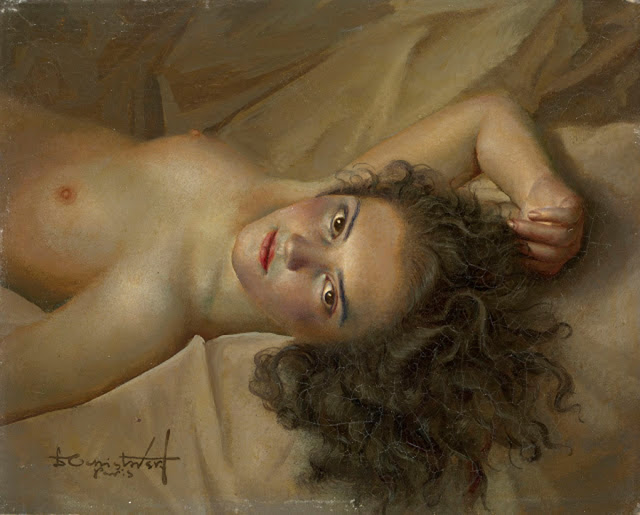 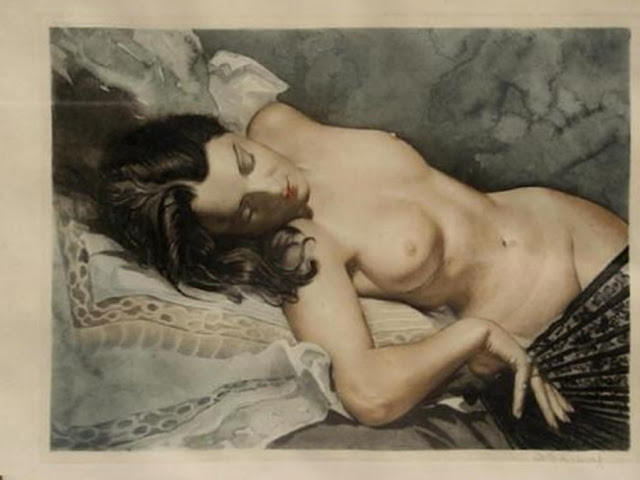 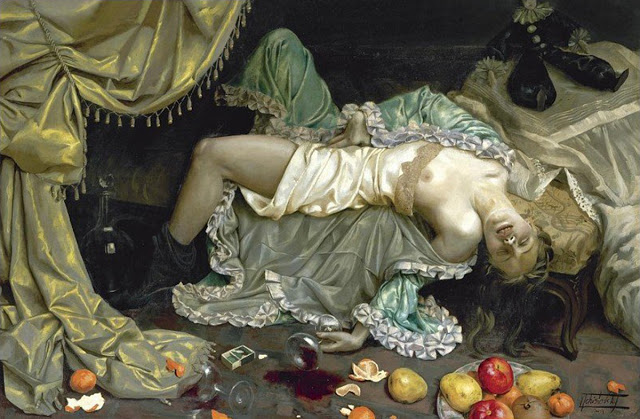 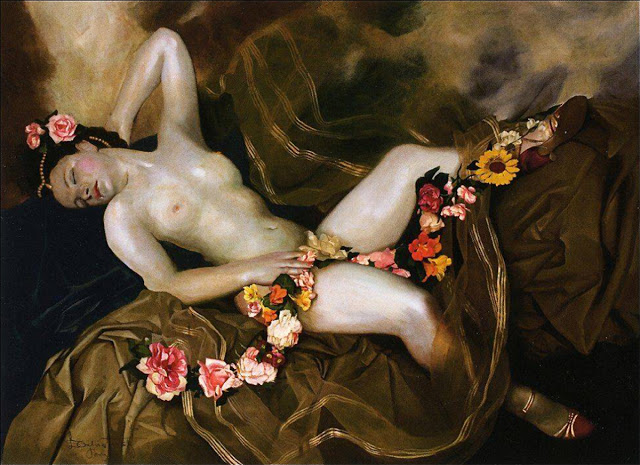 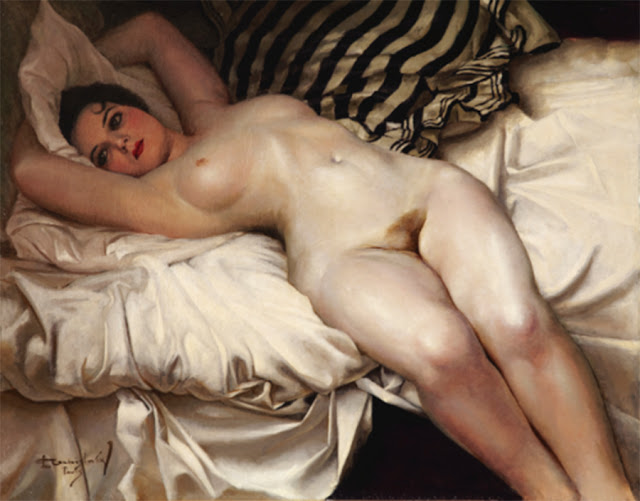 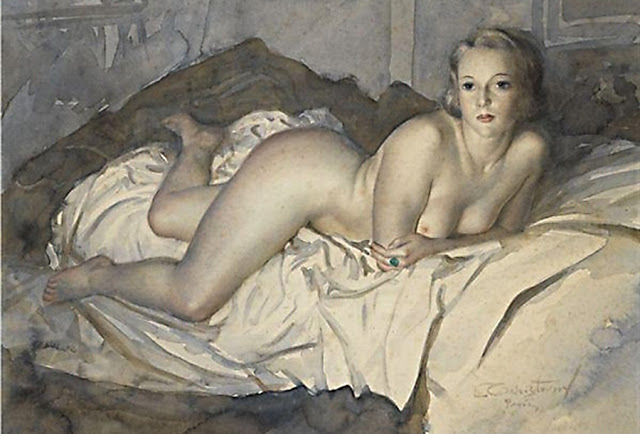 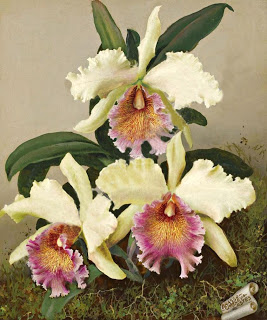 His work, especially his nudes and large watercolors, attained a remarkable technical perfection. They include portraits of celebrities (HRH the duke of Sevilla for example), nudes, still-lives, mythological scenes, flowers and icons, these last ones being his passion. To paint flowers he had a beautiful garden and a greenhouse where he grew orchids at his summer residence in Cenevieres in the south of France. Tchistovsky’s paintings garnered a strong demand by French, English and American galleries, and he was a member of both the Societe Nationale des Beaux Arts and the Societe des Artistes Independants from 1930: he participated in many Societe  exhibitions in the Paris Grand Palais. 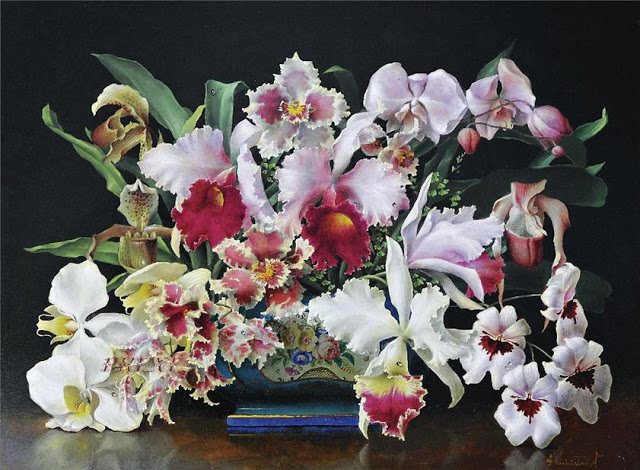 Tchistovsky’s talent earned him the highest honors a Russian painter can get: one of his large size water-colors (Sleeping Girl) and two of his paintings have been accepted by the Russian Museum in Leningrad and another of his paintings (Bathing Girl) by the Tretiakoff Gallery in Moscow. A watercolor of Suzy Solidor can be seen in the castle of Cagnes sur Mer and some other paintings at the museum of Villefranche de Rouergue near Cenevieres. 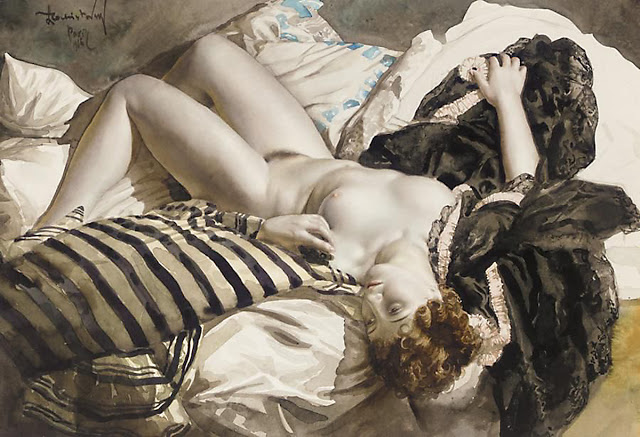 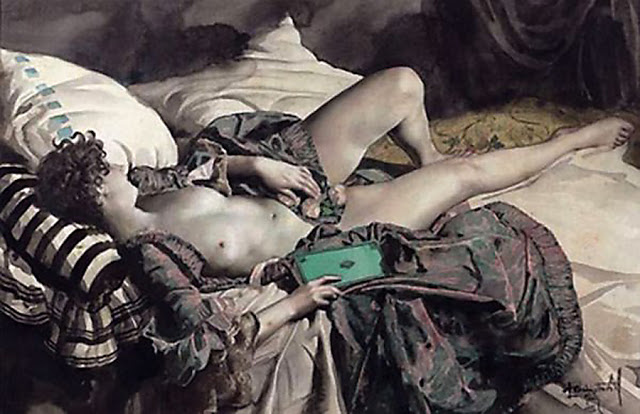 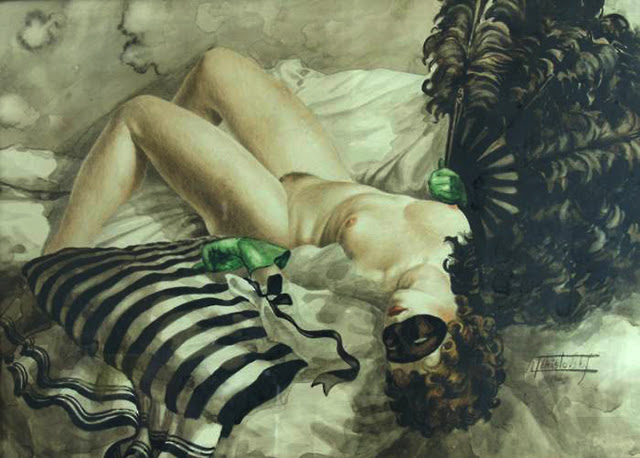 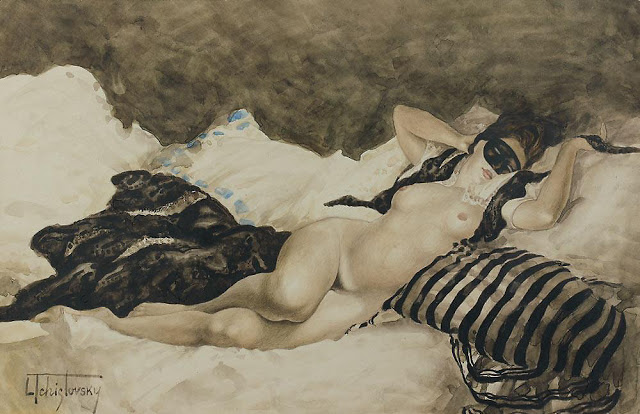 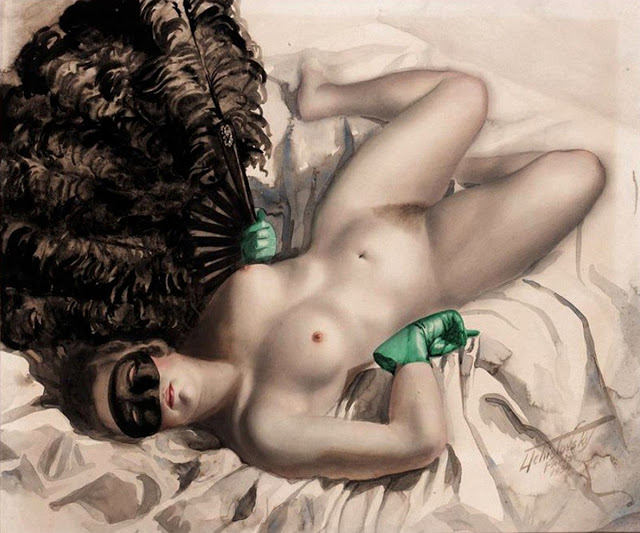 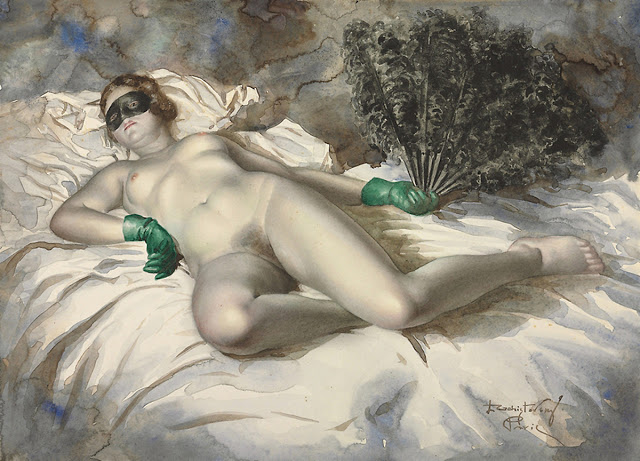 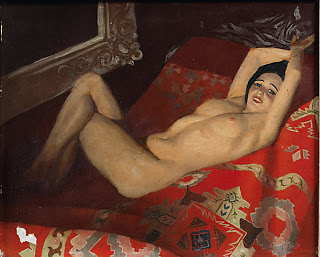 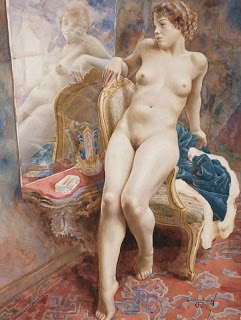 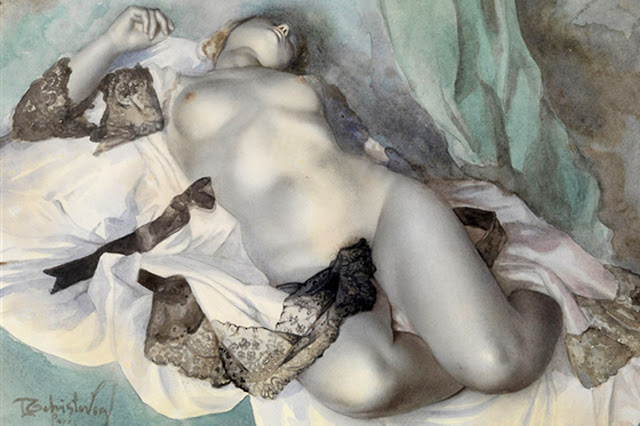 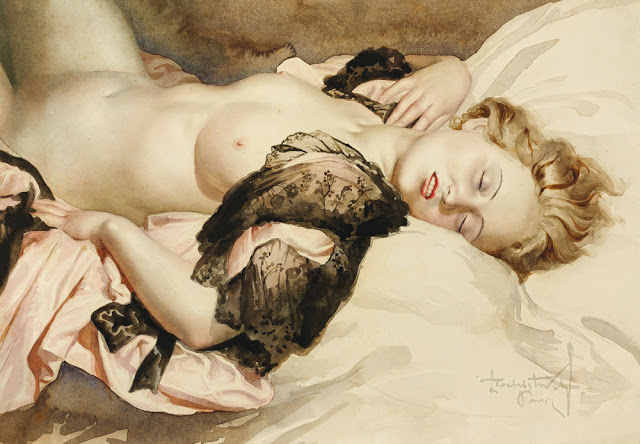 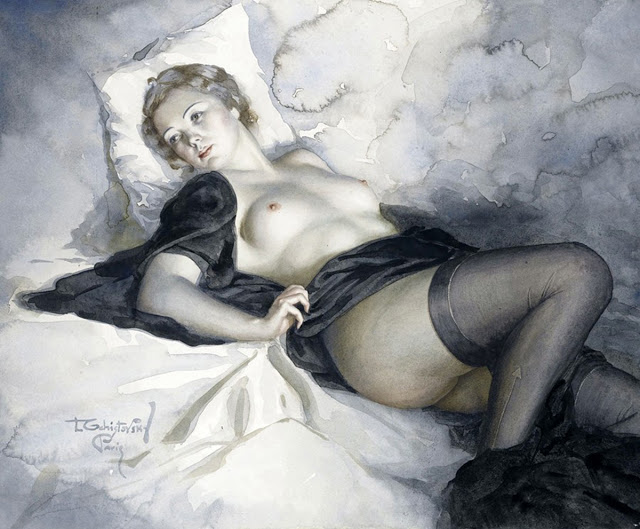