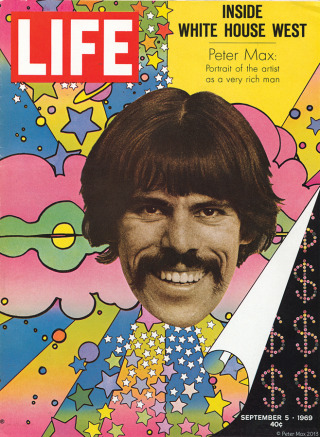 Peter Max is unarguably one of the most iconic artists of the 60’s and 70’s, one of the few who reached rock-star status. His work combined simple graphics, vivid colors and pop symbolism into a perfect set of metaphors for the decade, and unlike many of his contemporaries his work was embraced by both the hippie counter culture and corporate marketing. He’s that fucking good.

Max’s use of vibrant color and bold line impart an optimism that has led to his continued popularity as he transitioned from a commercial pop artist in the 1960s to the master of Neo-Expressionism he is today. From his early endeavors to his more recent works, Max’s artwork has become a part of contemporary American culture.

In 1962, Peter Max started a small Manhattan arts studio with Tom Daly, known simply as “The Daly & Max Studio”. Daly and Max were soon joined by friend and mentor Don Rubbo, and the three worked as a group on books and advertising that quickly gained industry recognition. Much of their work incorporated antique photographic images as elements of collage; but Max’s interest in astronomy launched his self described “Cosmic ’60s” psychedelic, counter culture imagery. 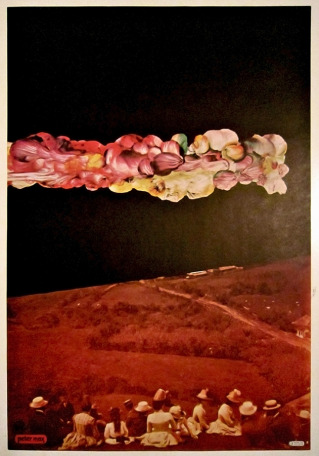 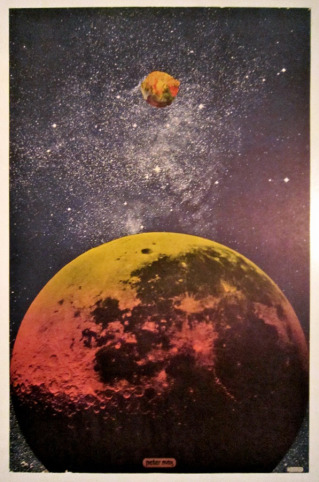 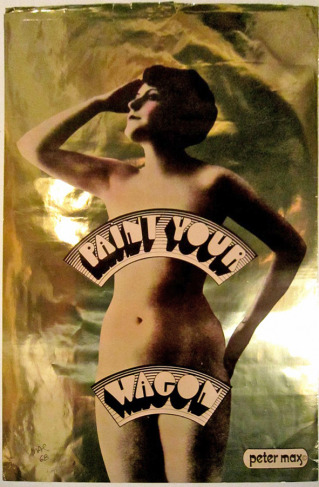 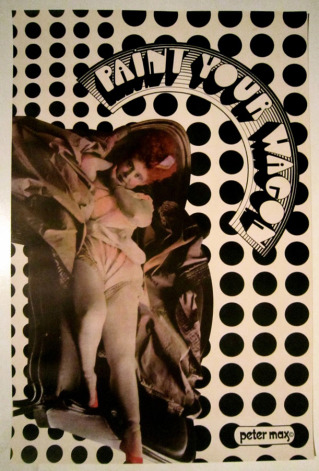 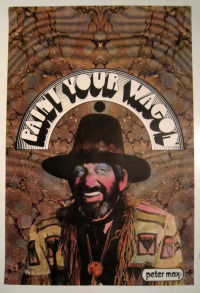 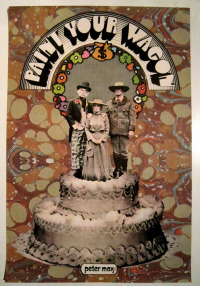 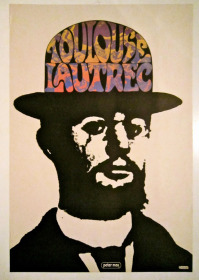 His art exploded nationally through TV commercials such as the iconic 1968 “un cola” ad for the soft drink 7-Up, driving sales of his art posters and other merchandise. Soon Peter Max was splashed on everything from billboards to inflatable vinyl furniture to women’s stockings. 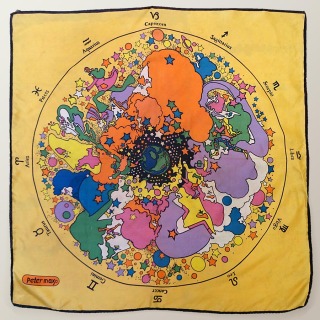 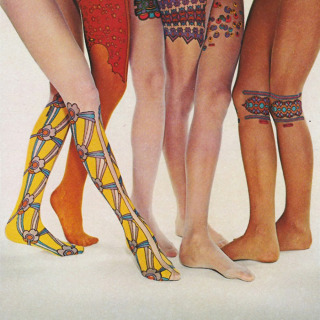 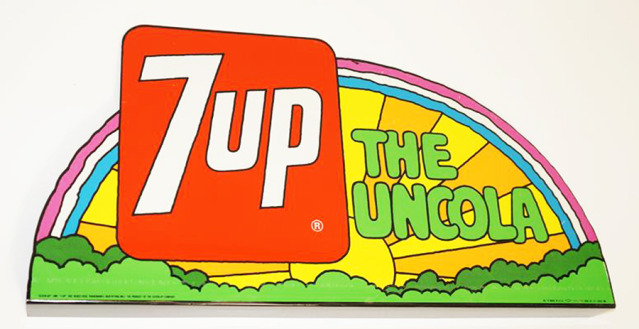 In 1970, many of Max’s products and posters were featured in the exhibition “The World of Peter Max,” which opened at the M.H. de Young Memorial Museum in San Francisco. The United States Postal Service commissioned Max to create the 10-cent postage stamp to commemorate the Expo ’74 World’s Fair in Spokane, Washington, and Max drew a colorful psychedelic scene with a “Cosmic Jumper” and a “Smiling Sage” against a backdrop of a cloud, sun rays and a ship at sea on the theme of “Preserve the Environment.” On July 4, 1976, Max began his Statue of Liberty series leading to his efforts with Chrysler CEO Lee Iacocca to help in the restoration of the statue.

That same year the book “Peter Max Paints America” was commissioned by the ASEA of Sweden. The book project commemorated the United States Bicentennial and included the following foreword: “Peter Max Paints America is based on works of art commissioned by ASEA of Sweden on the 200th anniversary of the founding of the United States of America, in sincere recognition of the historic bonds of friendship between the people of Sweden and the people of the United States, recalling that Sweden was one of the first countries to extend its hand in friendship to the new nation.” 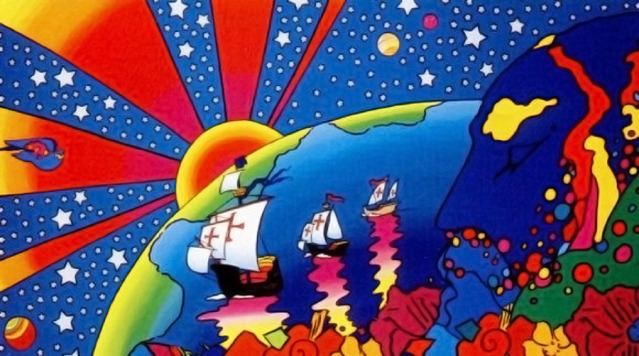 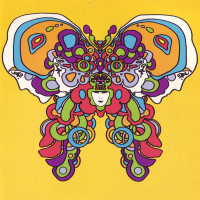 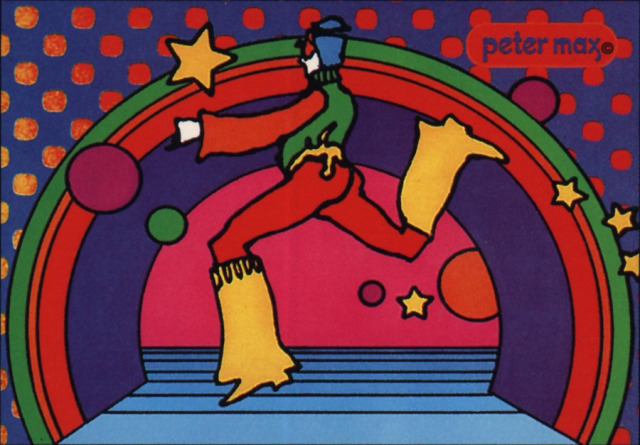 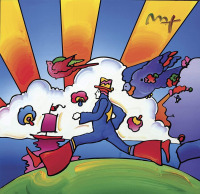 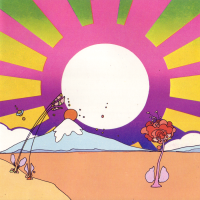 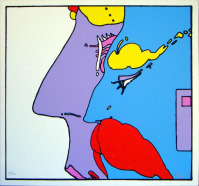 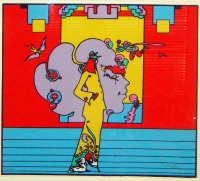 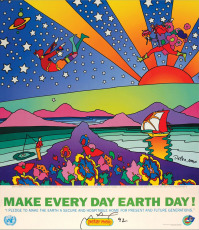 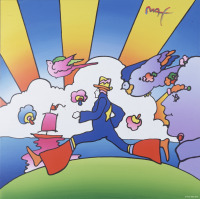 Max works in multiple media including painting, drawing, etchings (including aquatint), collage, print making, sculpture, video and digital imagery. He also includes “mass media” as being another “canvas” for his creative expression.[1] Max often uses American icons and symbols in his artwork. He has created paintings of presidents Ford, Carter, Reagan and Bush in addition to his 100 Clintons—a multiple portrait installation. He often features images of celebrities, politicians, athletes and sporting events and other pop culture subjects in his artwork. 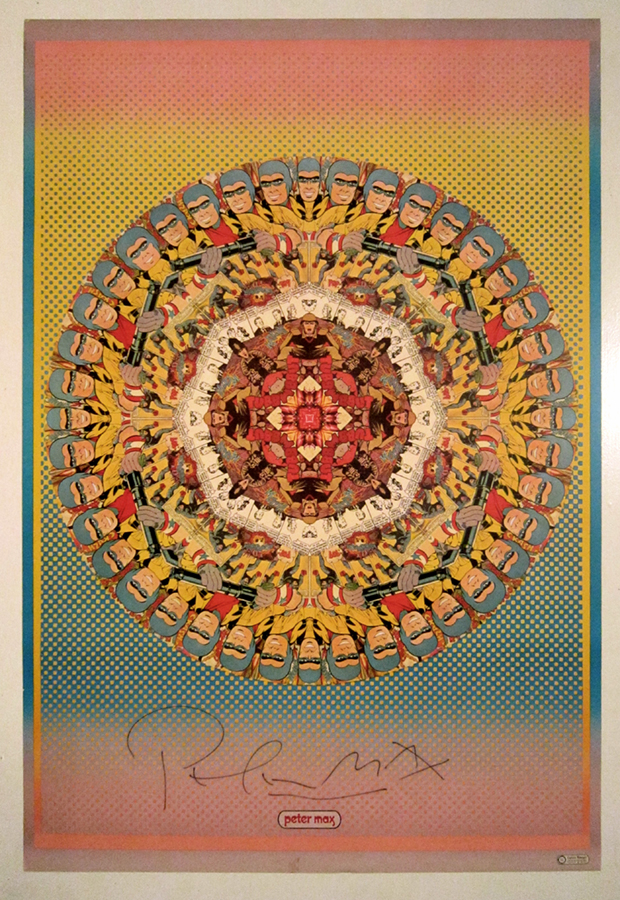 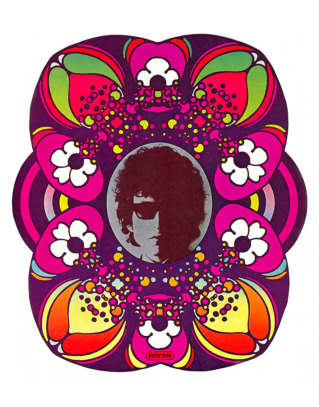 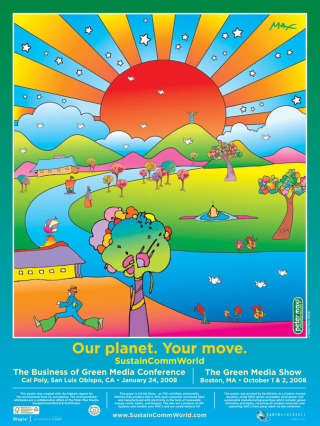 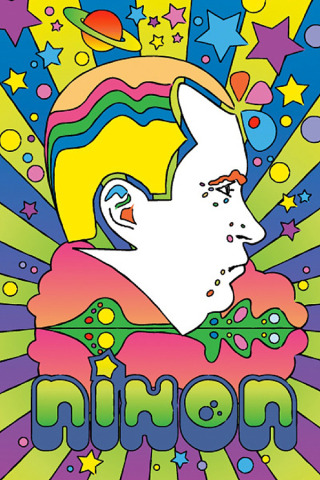 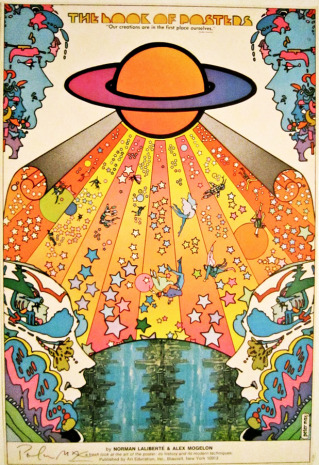 In 2002, Max offered to provide “…a life of green fields” for Cinci Freedom, a cow that escaped from an Ohio slaughterhouse. The cow jumped over a six-foot fence while the slaughterhouse workers were on break and she eluded capture for eleven days. Max donated $180,000 worth of his art to benefit the local Society for the Prevention of Cruelty to Animals, to ensure the cow a long life of peace at Farm Sanctuary in Watkins Glen, New York. 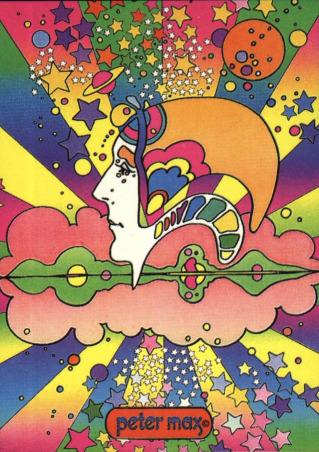 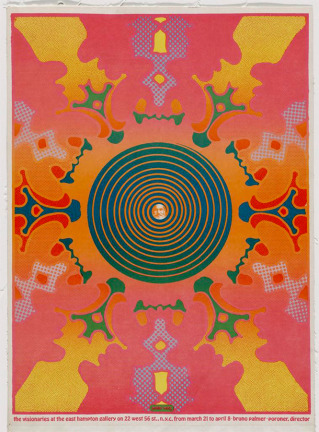 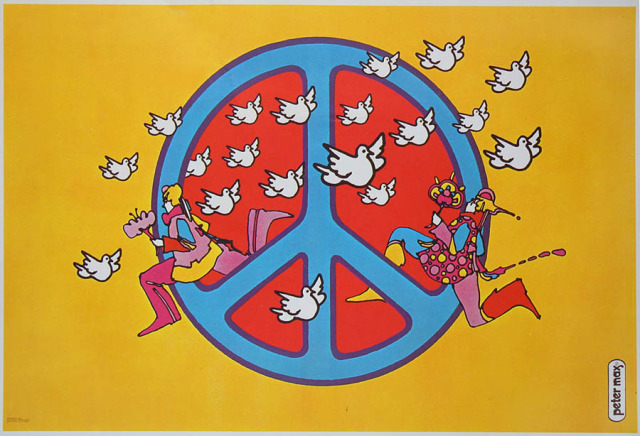 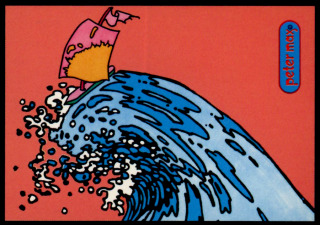 Peter Max currently lives in New York City and has two adult children, Adam Cosmo Max and Libra Astro Max. In October 2015 he was involved in a bizarre legal case involving domestic issues , and he has also recently been accused of “ghost painting” and other issues revolving around his collection of vintage corvettes. Max reportedly suffers from “mild dementia”.