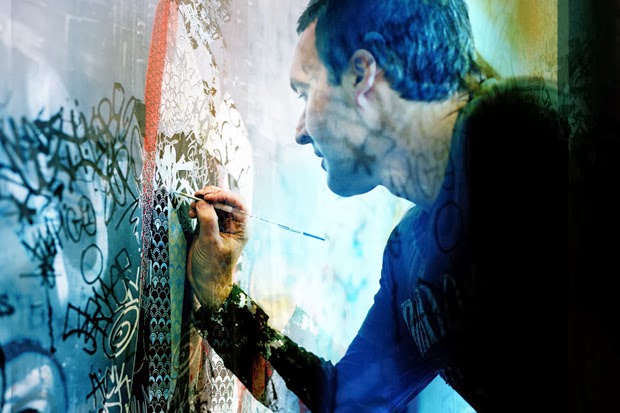 Originally trained as a graphic designer and
illustrator at Newcastle School of Art and Design, Hush’s work has taken
him across Asia and Europe while simultaneously developing his
prominence as a contemporary artist. His love of street art goes back to his youth, doing graffiti in his formative years and designing posters for raves.
Graffiti continues to feature in his work, along with the cross-cultural influences of pop art, geishas and anime/ manga. 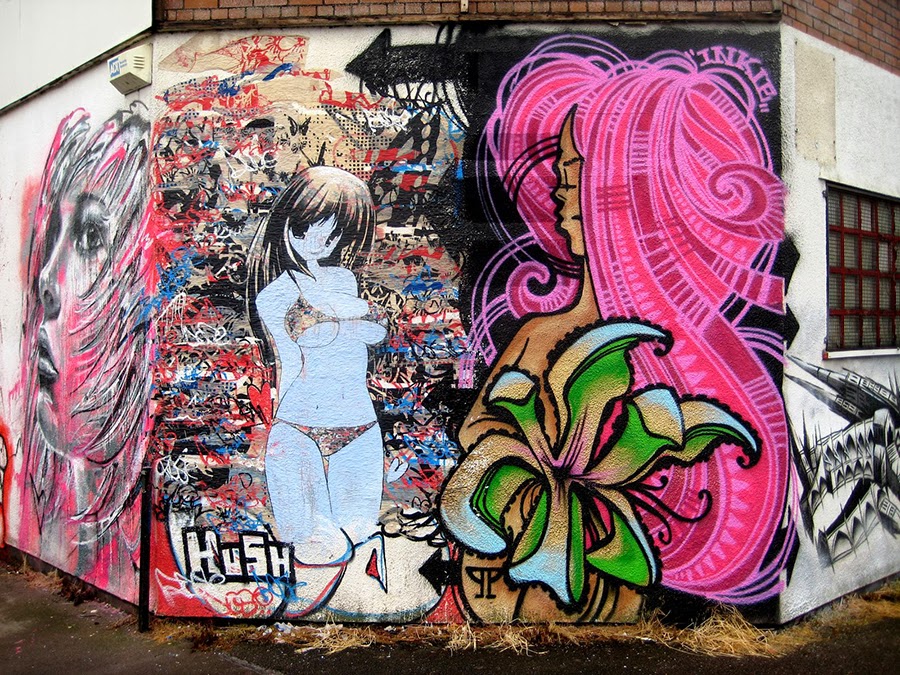 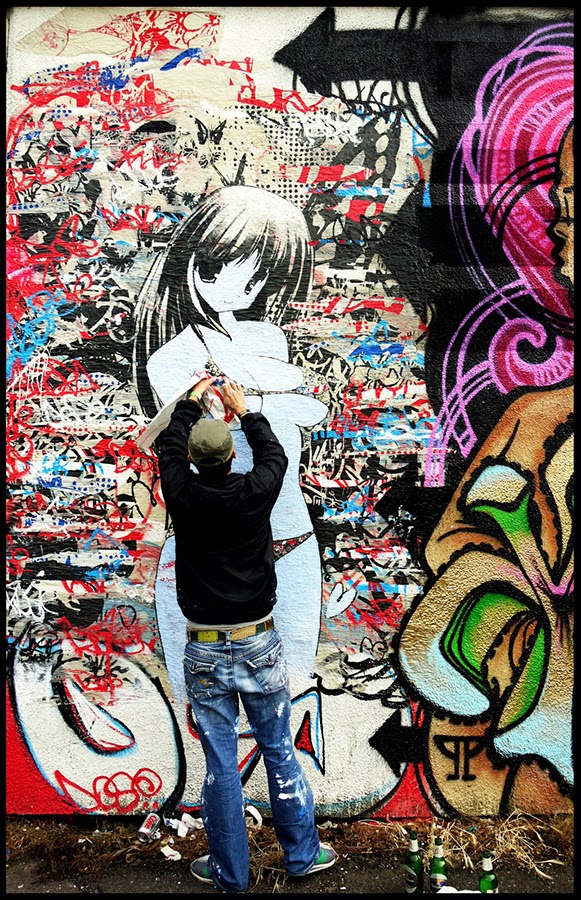 Hush’s technique combines various street art
approaches with traditional art practices. Absorbing influences from
his extensive travels, he has found a striking connection with the mark
making, tagging and graffiti he has encountered. His canvases mimic city
walls once adorned with layers of wheat pasted images, tags and
painting. As a result, his mixed-media pieces are an amalgamation of
painting, screen-printing, spray-painting and collages of graphic
novels and comics. “As far as painting and colours I choose to paint
with go, well, I want to achieve a complexity that allows the viewer to
see new marks every time it’s viewed, and to get lost in the mark
making”, Hush explains.
The collage-effect backgrounds are screen printed and hand-painted, then
the graffiti elements added by hand in the action painting style,
sometimes over many months. The female figures are specifically dehumanized – painted in grey with their eyes blanked out for instance
– to emphasize their nature as avatars of female sexuality. 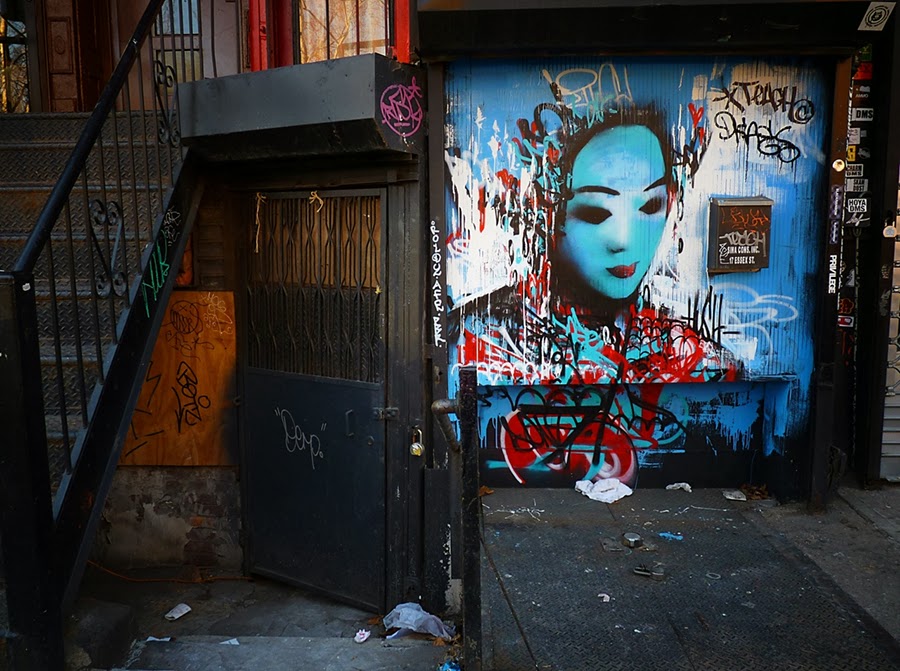 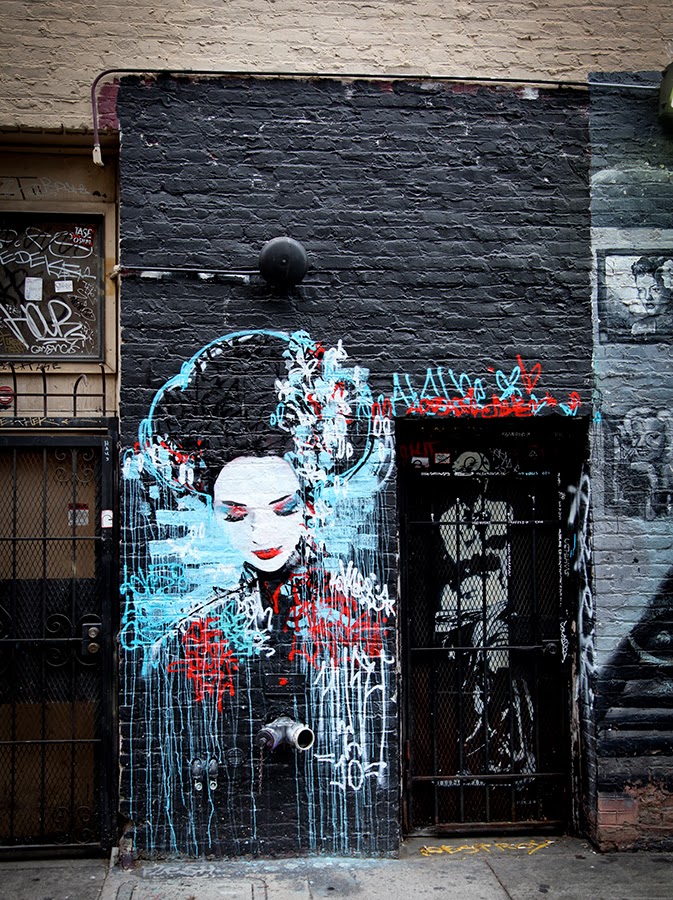 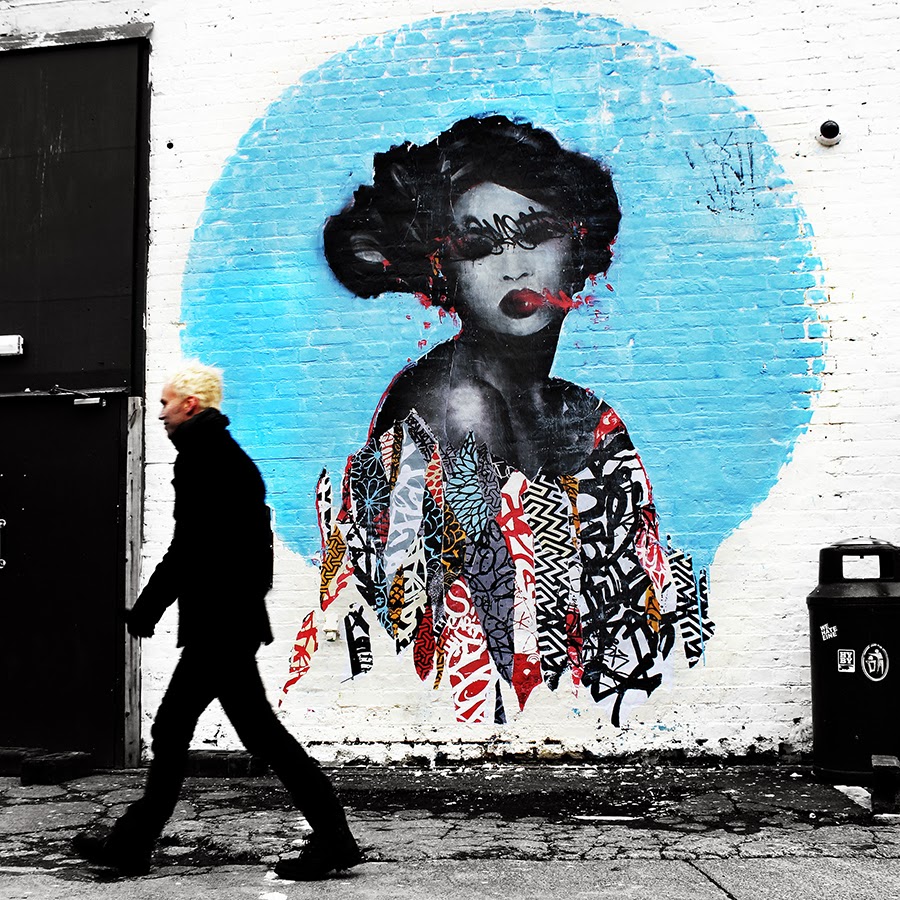 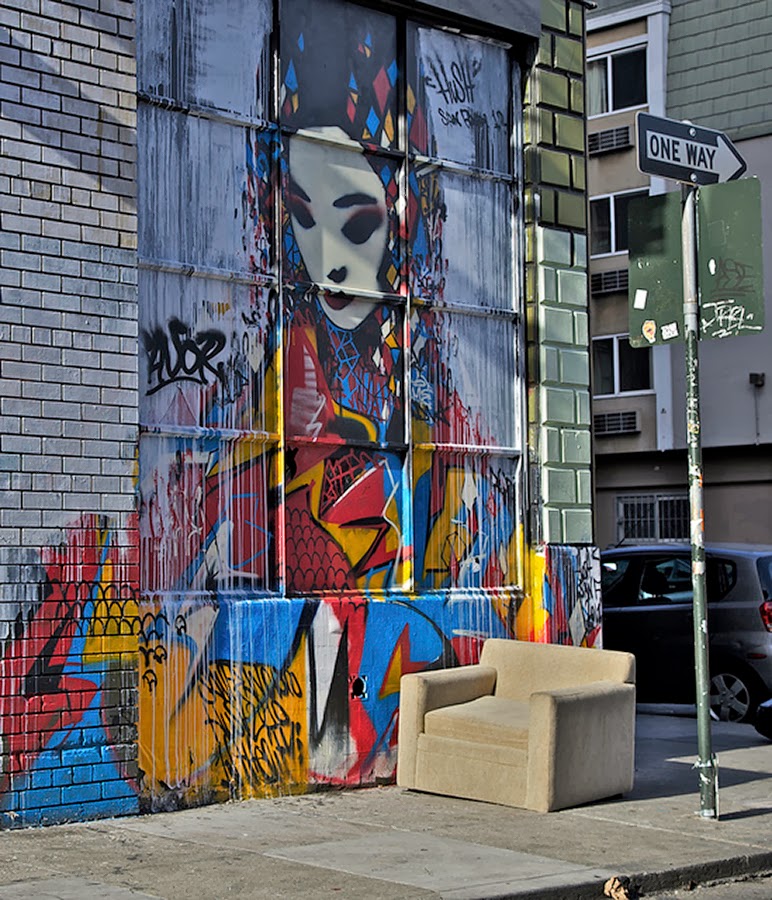 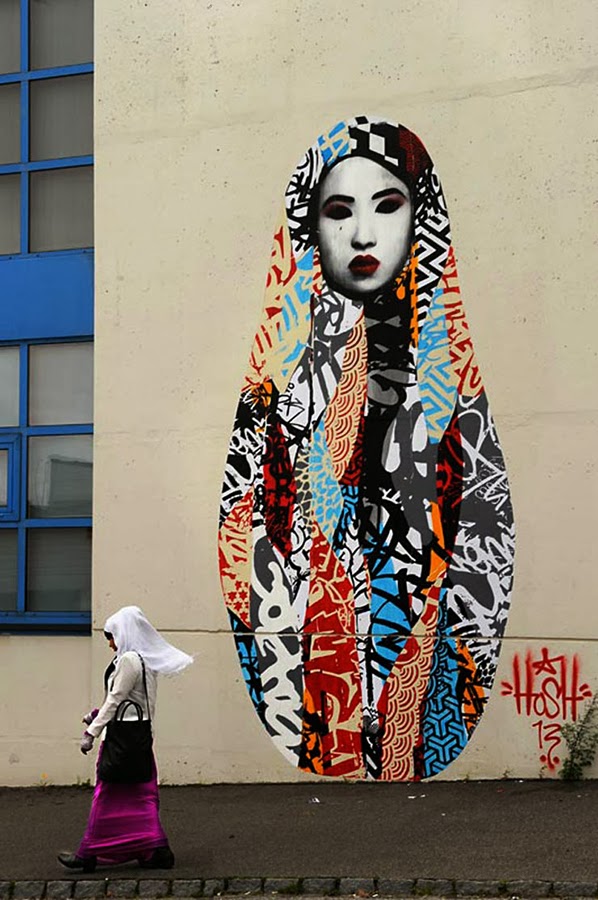 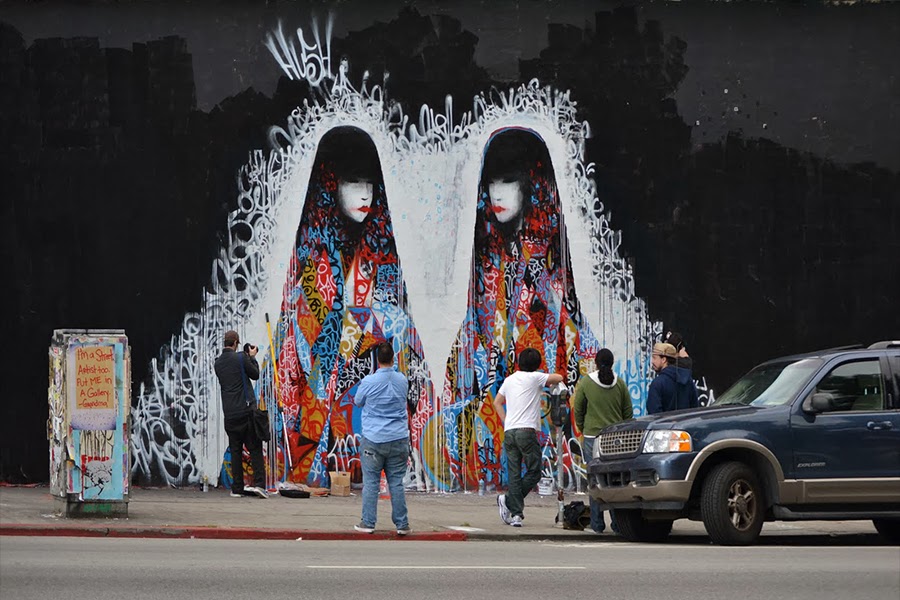 “…some people
think my women are serene, others that they’re scary. What is clear is
the power of their sensuality.” 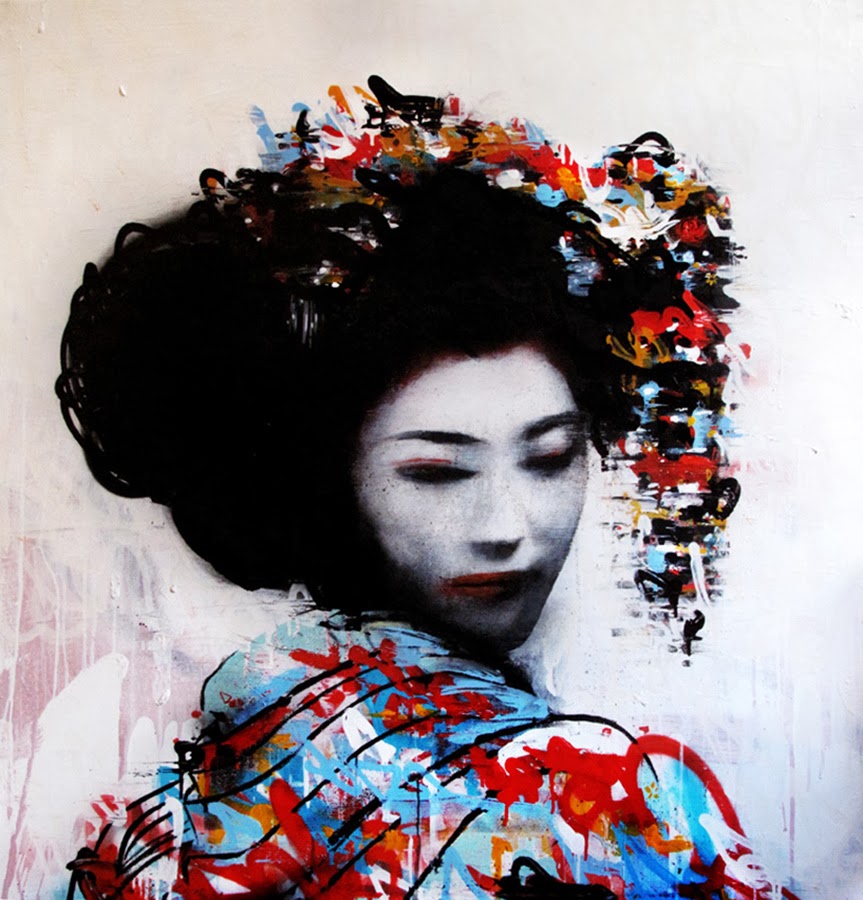 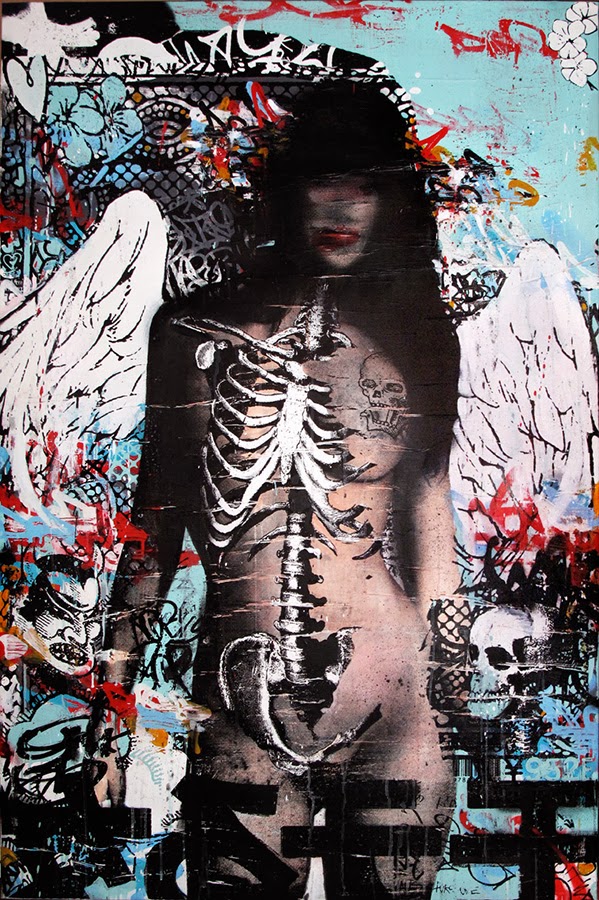 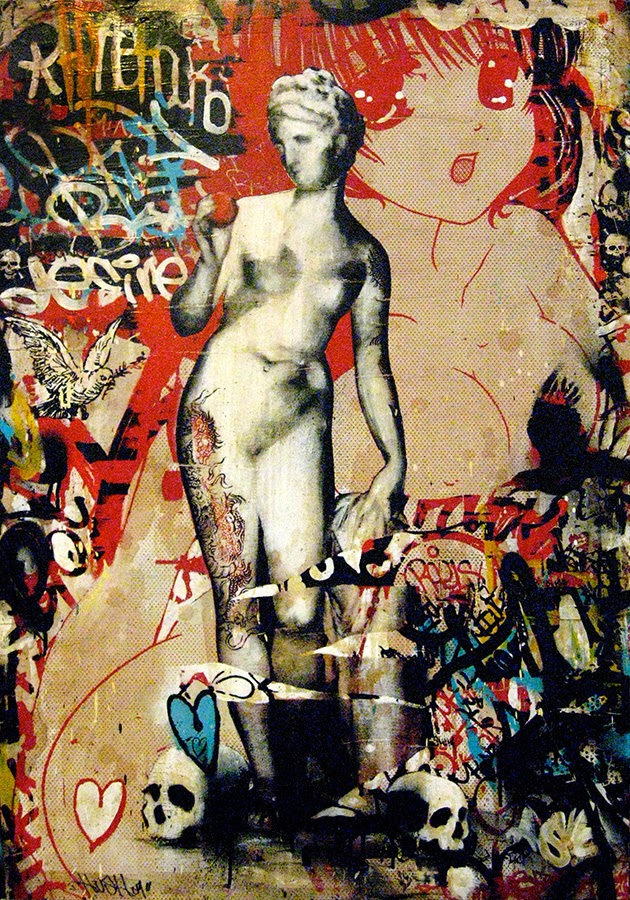 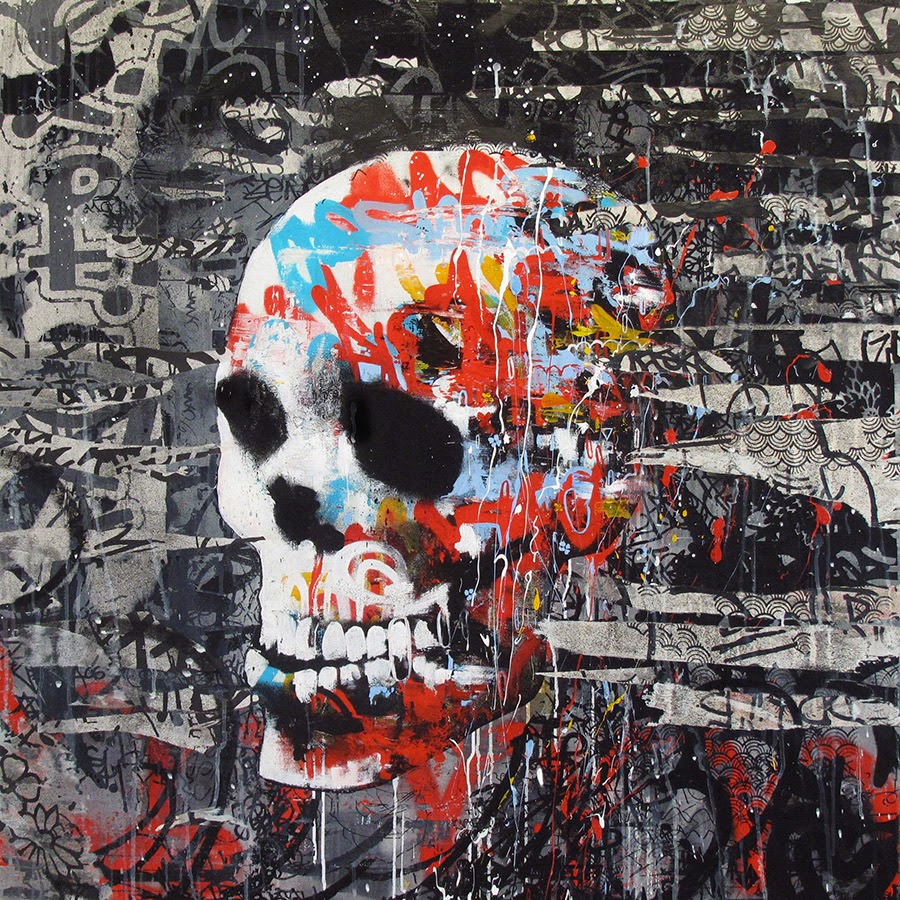 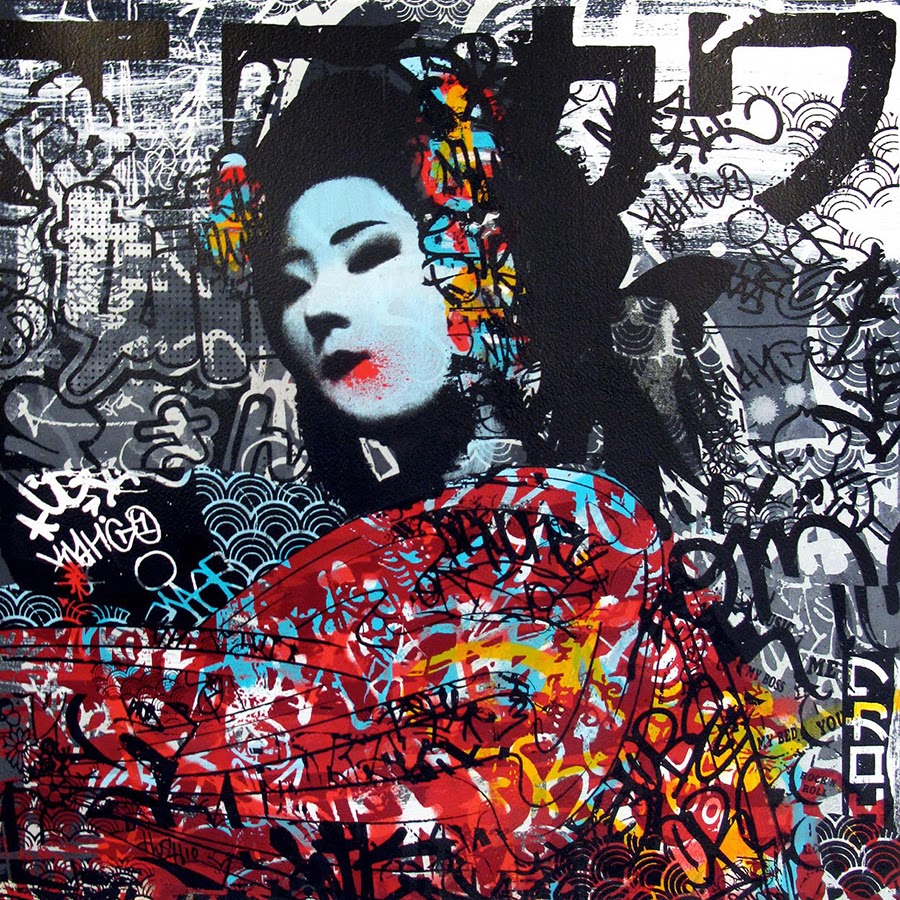 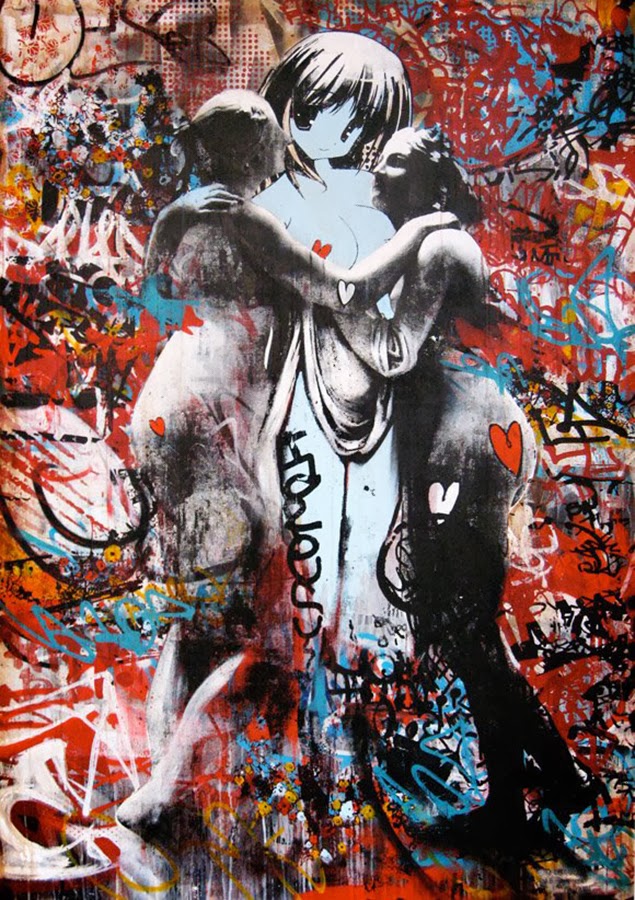 Hush’s work has been described as a sensory assault of shape, color, and
character. Inspired by the portrayal of the female form in art, the
artist builds up and tears down layers of paint and images as he works,
“letting the canvas and marks take their own path.”
The result is an
enigmatic synthesis of anime, pop-infused imagery and graffiti that
exposes the conflict between power and decay, innocence and sexuality,
and the fusion of Eastern and Western culture. 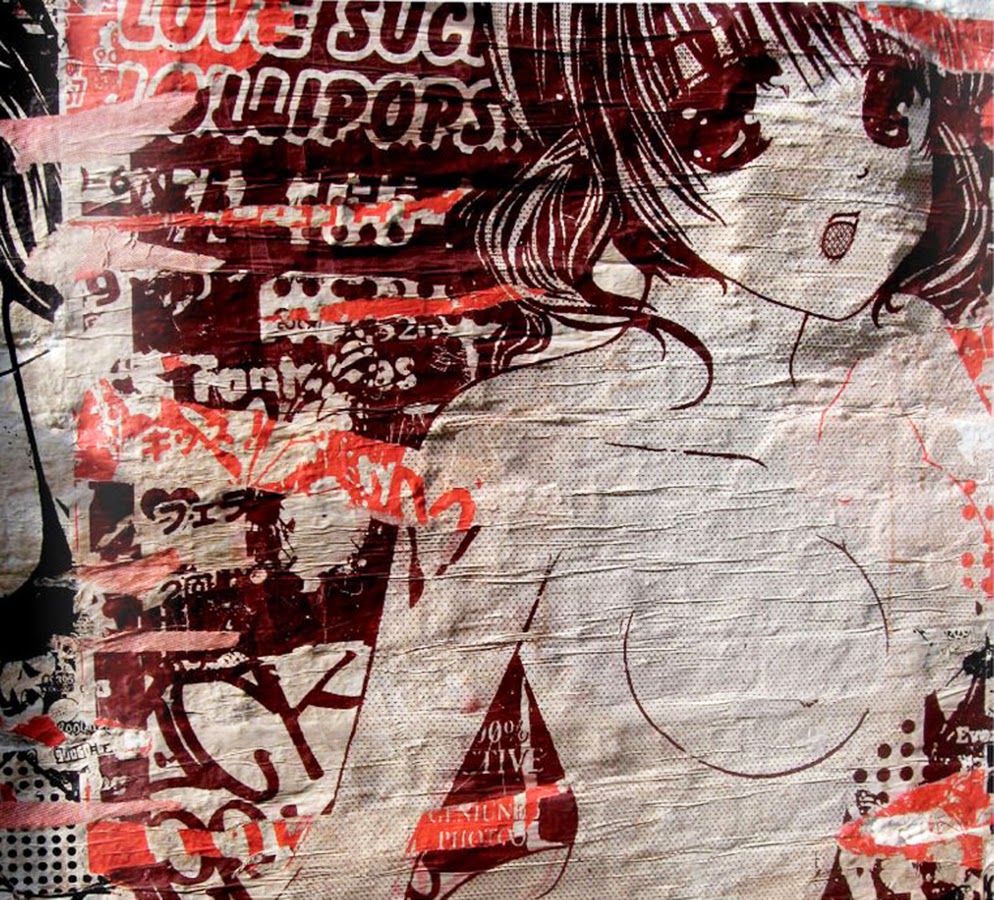 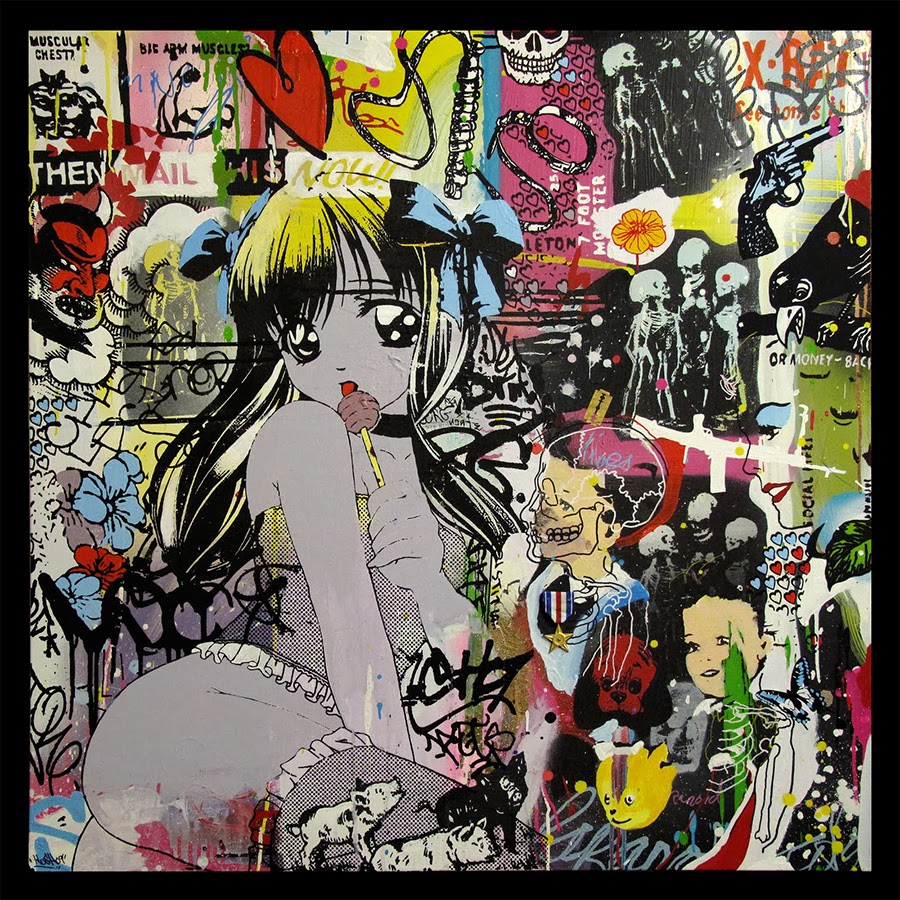 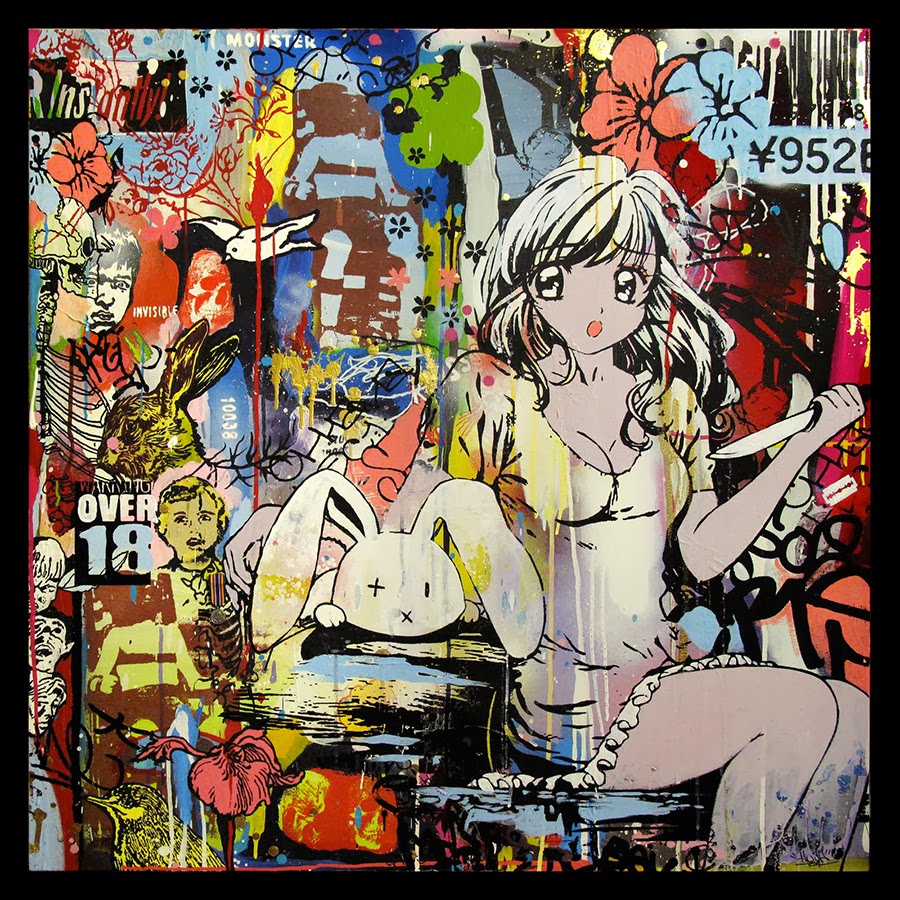 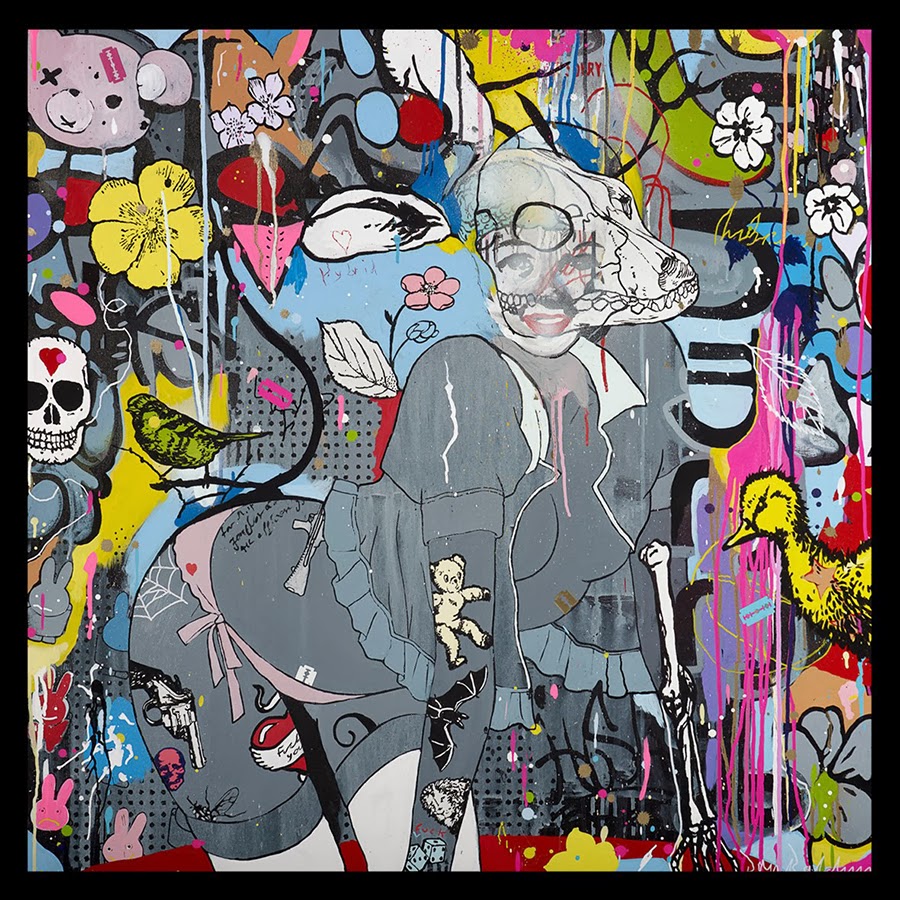 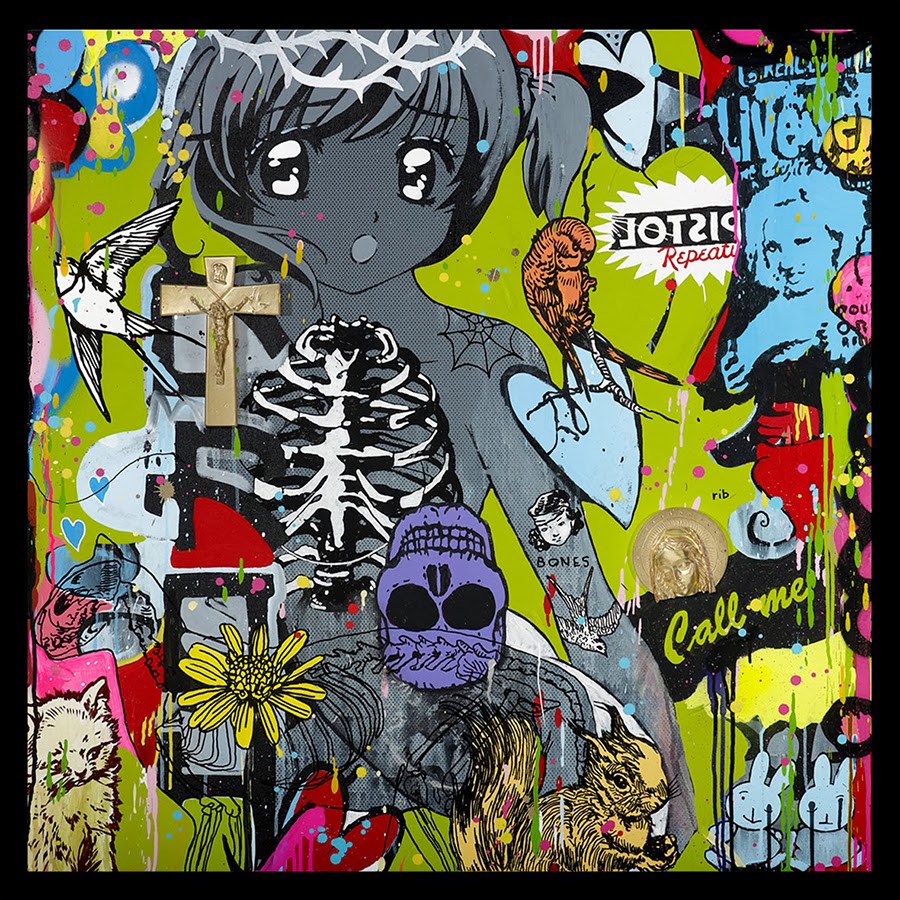 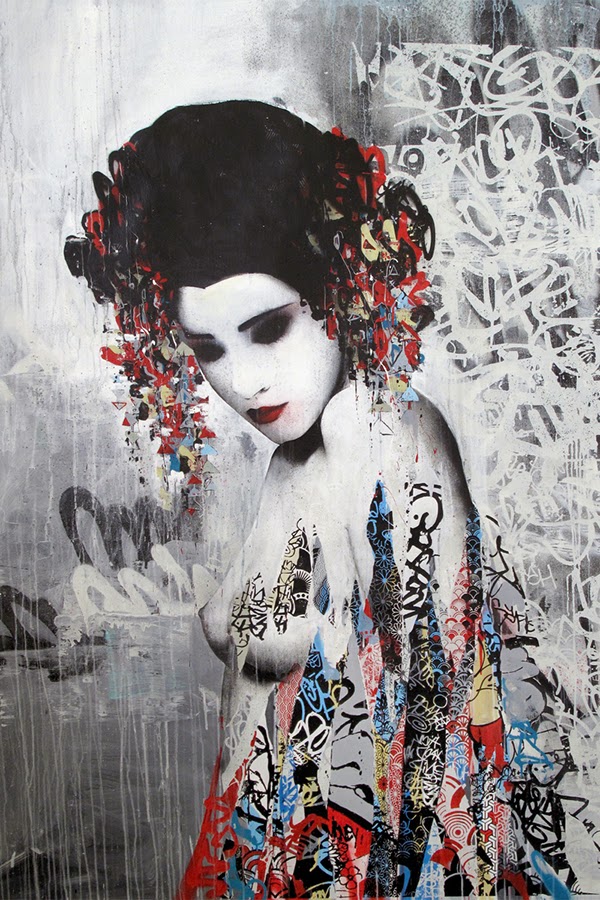 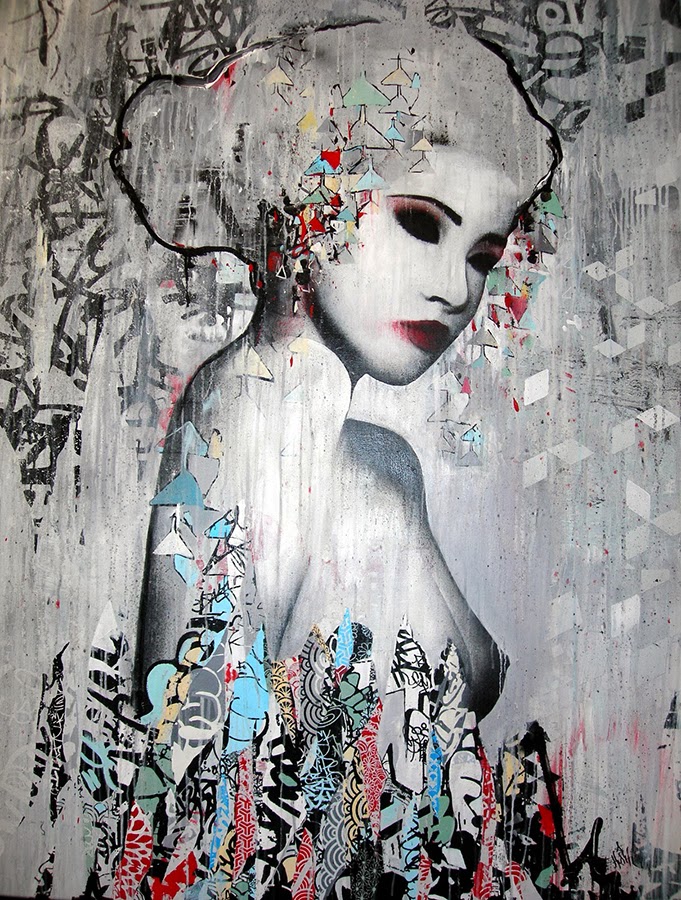 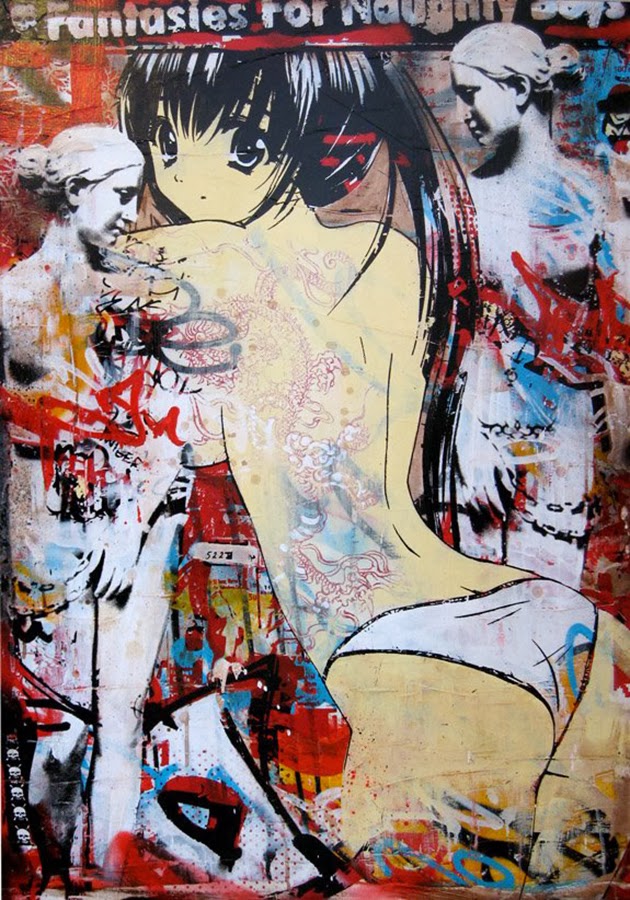 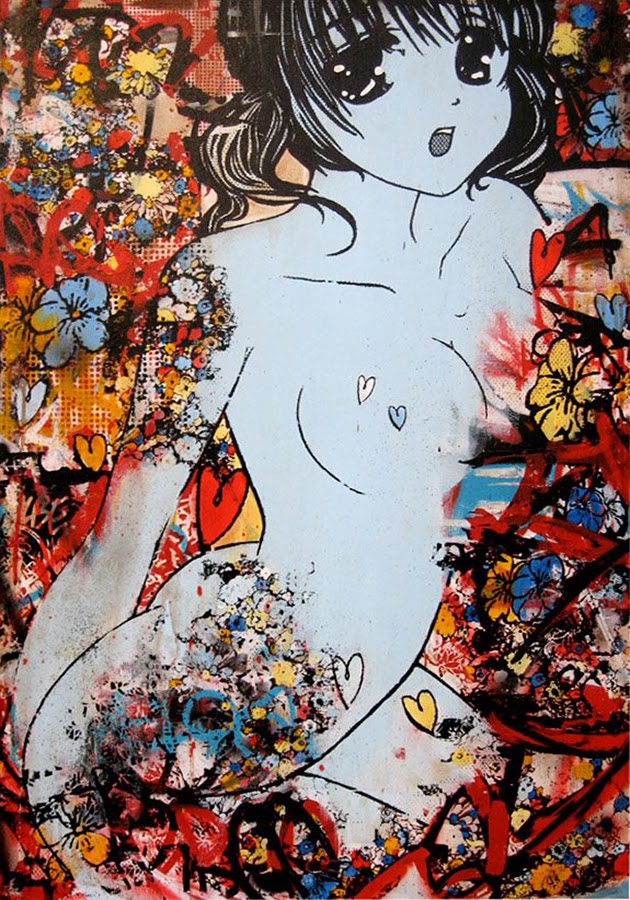 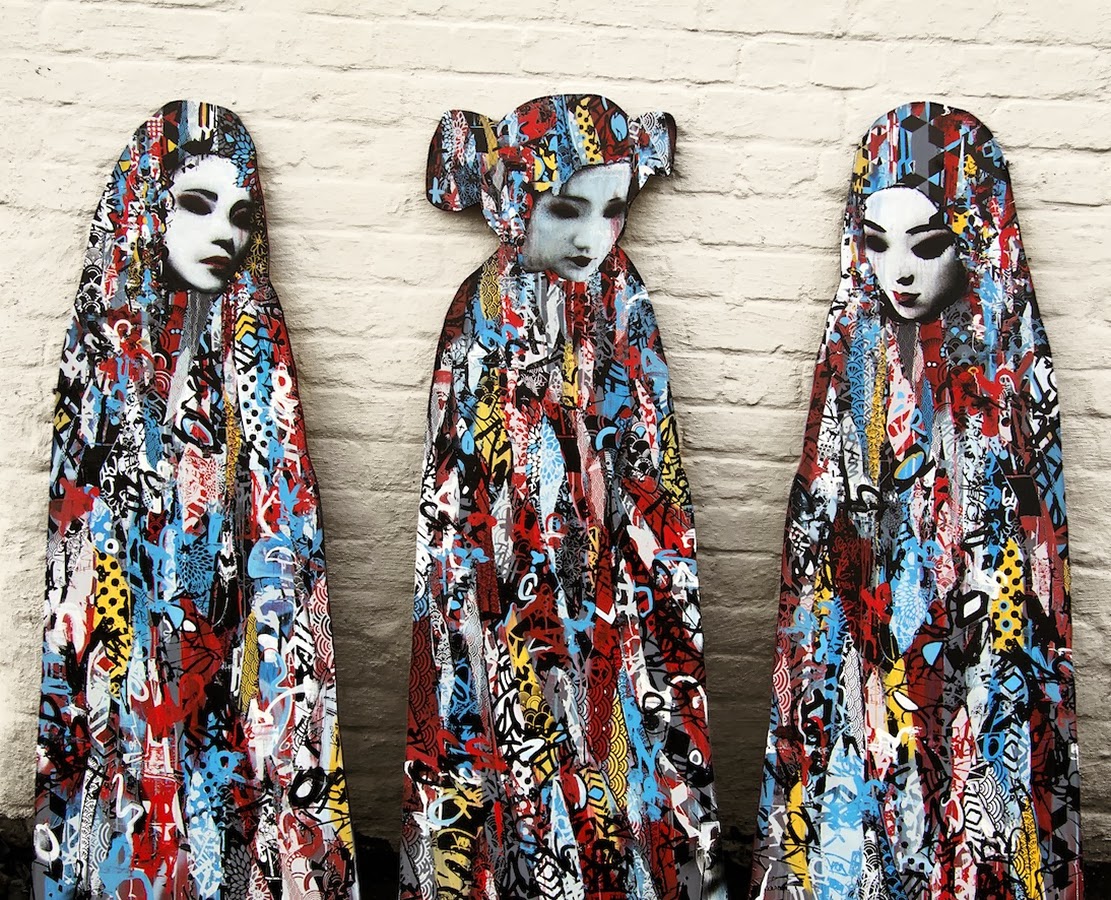 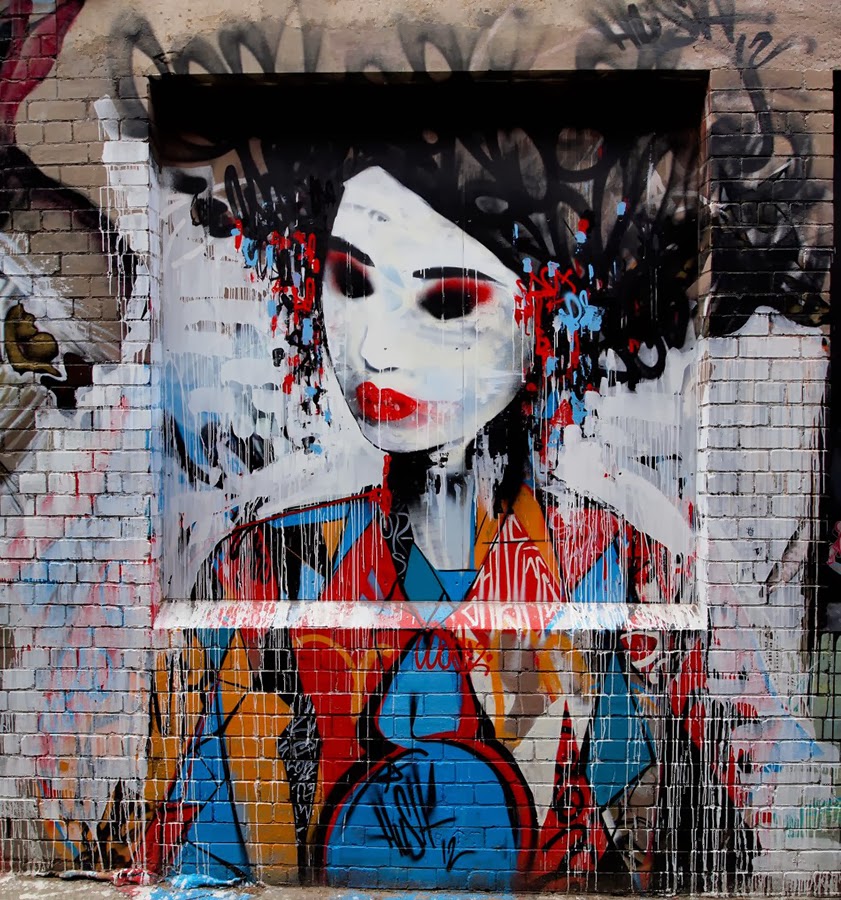 Hush now resides in the UK painting
in his studio daily. Hush’s
art has been featured in numerous publications including ‘Street Knowledge’
(Harper Collins), ‘The Street Art Stencil Book’ (Laurence King
Publishing), Art Monthly, and Huck Magazine. The Independent newspaper has
featured Hush in their list of the ‘Top  20 Up and Coming Artists.’ He
has exhibited internationally at galleries and fairs such as White Walls Gallery (San Francisco), New Image Art Gallery (LA) and the SCOPE Art Fair (New York, Miami and Switzerland). 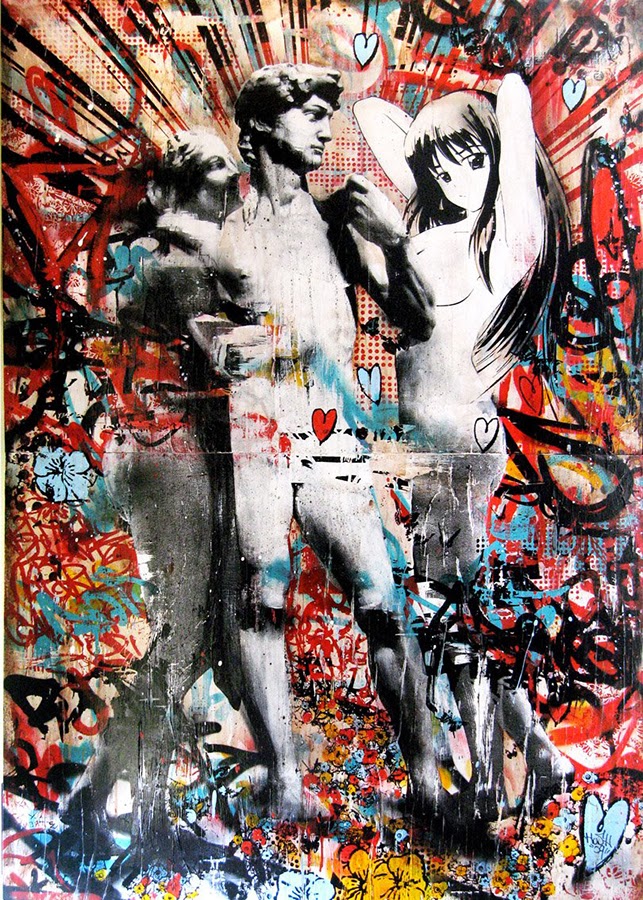 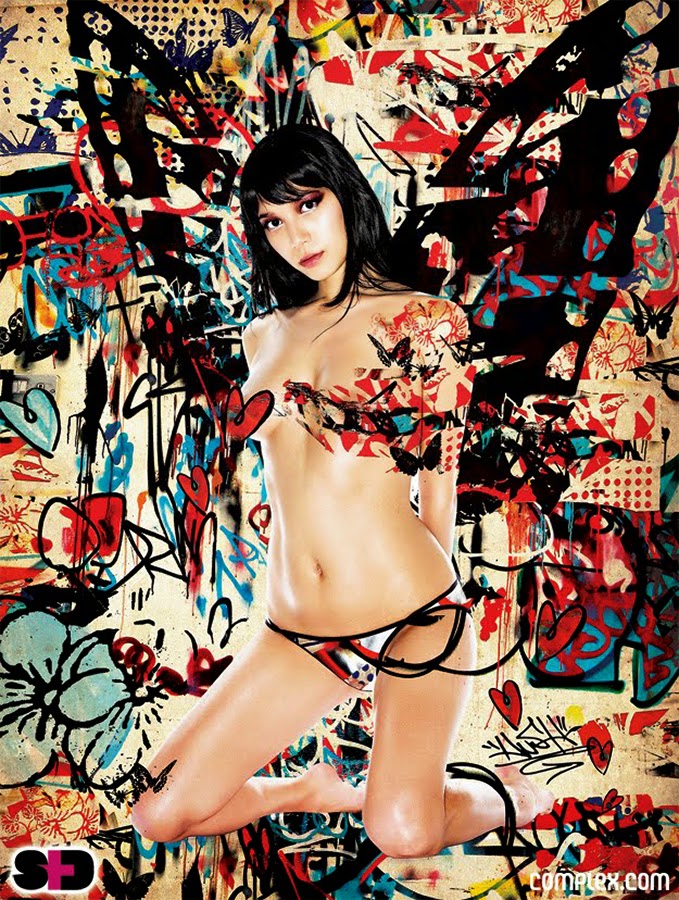 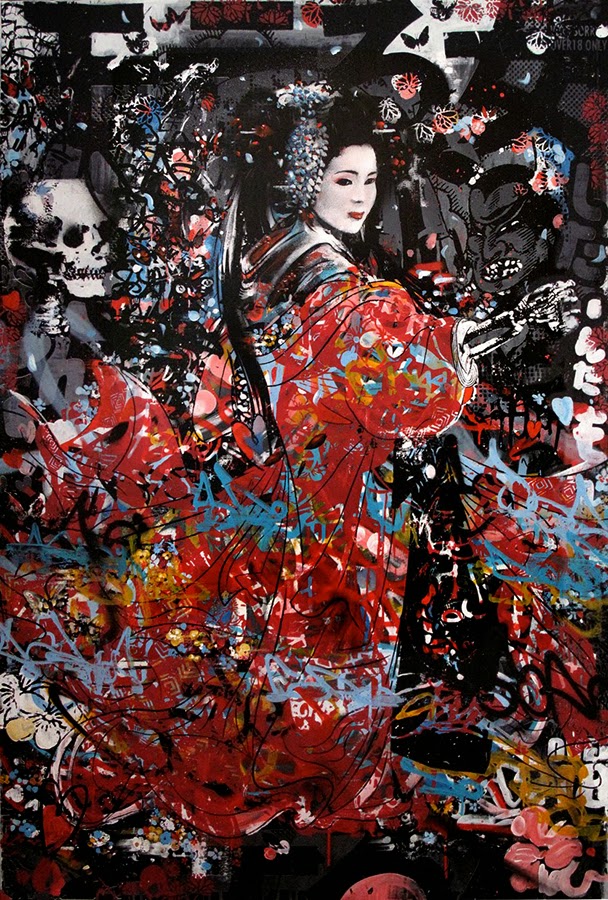