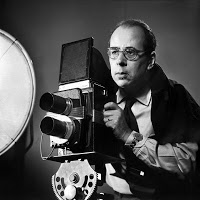 Philippe Halsman (1906-1979) was born in Riga, Latvia. He studied engineering in Dresden before moving to Paris, where he set up his photographic studio in 1932. Halsman’s bold, spontaneous style won him many admirers. His portraits of actors and authors appeared on book jackets and in magazines; he worked with fashion (especially hat designs), and filled commissions for private clients. By 1936, Halsman was known as one of the best portrait photographers in France.

The rhinoceros is manifested in several of Dali’s paintings, notably in the 1950s when he painted many of his subjects as composed of rhinoceros horns. According
to Dalí, the rhinoceros horn signifies divine geometry because it grows
in a logarithmic spiral: he also linked the rhinoceros to themes of
chastity and to the Virgin Mary.

Halsman met Dali on assignment in 1941, and over the next three decades they became partners on many projects, including a series of playful tableaux that had all the disturbing irrationality of dreams or a painting by Dali. Their most notable production was “Dali Atomicus”, in which the artist, his canvas, furniture, cats, and water all appear suspended in air. Halsman reported that it took 28 attempts to be satisfied with the result.

Unlike many of Dalí’s other relationships his friendship
with Halsman was quite stable, spanning more than three decades. In 1954

Dalí and Halsman collaborated in the production of Dalí’s Mustache, a
book of portrait photographs of Dalí featuring 36 different views of the
artist’s distinctive mustache sculpted into odd and imaginative
shapes as though it were its own personality. 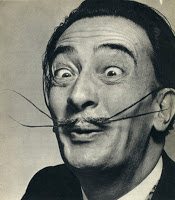 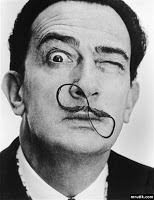 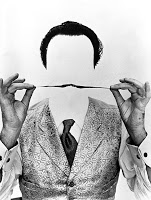 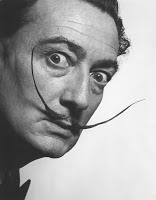 Perhaps the most famous collaboration between the two was In Voluptas Mors, a surrealistic portrait of Dali beside a large skull which was in fact a tableau vivant composed of seven nudes. Halsman took three hours to arrange the models according to a sketch by Dali. 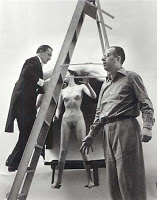 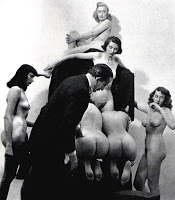 “When I was five years old I
saw an insect that had been eaten by ants and of which nothing remained
except the shell. Through the holes in its anatomy one could see the
sky. Every time I wish to attain purity I look at the sky through
flesh.” 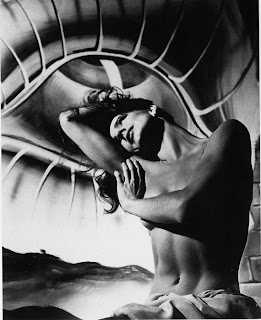 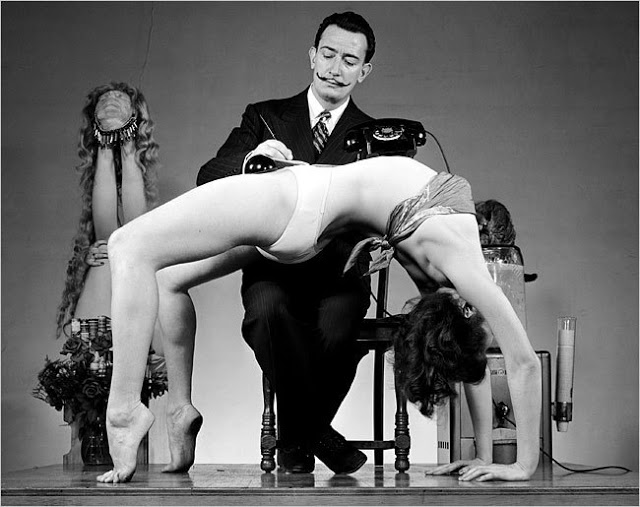