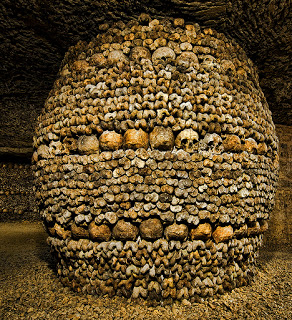 Almost anyone who has ever heard of Paris has also heard of the legendary “catacombs” underneath the city. Officially known as l’Ossuaire Municipal, or the Municipal Ossuary, the cemetery itself covers only a small area of a vast tunnel complex comprising the “les carrières de Paris” (the quarries of Paris).

The Paris Basin surrounding the city is a geological bowl-like shape which spent most of its geologic history under water. The sediments laid down over millennia created rich deposits of chalk, limestone, gypsum and other minerals; these were quarried for building materials by the Romans beginning around 52 BC and by the 14th century a network of underground mines had begun to compete with the city above. During the 18th century the growing population began to overwhelm the existing cemeteries, and to address public health
concerns three new, larger cemeteries were established and all older cemeteries
within the city limits were condemned. Remains were progressively moved to a renovated section of the abandoned mines which would eventually become a full-fledged ossuary: the catacombs now house the remains of approximately six million Parisians. Victor Hugo explored the system to some extent and used his knowledge of the tunnel system in Les Misérables; in 1871, communards killed a group of monarchists in one chamber and during World War II, Parisian members of the French Resistance used the tunnel system alongside German soldiers who had established their own bunker in the catacombs below Lycée Montaigne in the 6th arrondissement.
Today the combined mines and galleries are estimated to stretch over 280 kilometers, comprising a maze beneath the city.

Entrance to the underground is restricted, with only a small portion of the catacombs open to the public. Accessing the catacombs without official escort has been illegal since 2 November 1955, and there is a €60 fine for persons caught by the E.R.I.C., a special police unit which patrols the tunnels. Nonetheless, secret entrances exist throughout Paris and it is possible to
enter the catacombs via the sewers, metro and certain manholes. Illegal cataphiles dedicate much of their time exploring and mapping the underground, and others gather there simply for parties. 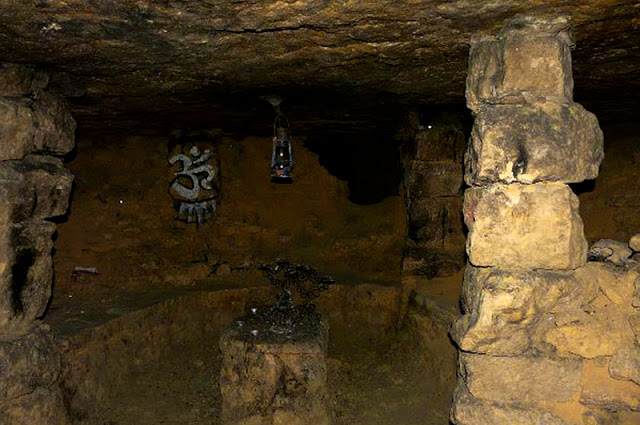 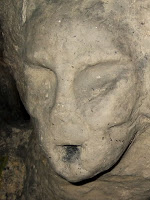 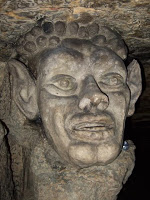 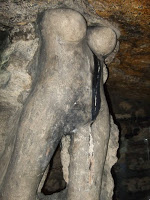 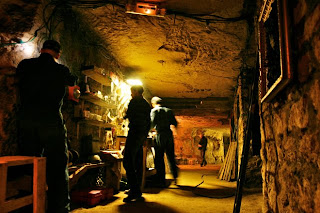 In September 1981, a group of anonymous artists and citizens founded les Ux (Urban eXperiment) and promptly stole plans for many
of the passages. They have restored much of the
underground infrastructure, as well as the Pantheon clock which chimed for the first time in many years after their repair. The authorities oppose the group’s actions and charges were brought against four of the
members involved with the Pantheon clock, but after twenty minutes deliberation the
judge ruled in the artist’s favor. One of the government’s prosecutors referred
to the charges as “stupid.”

The group is also responsible for over a dozen other
projects, including those which the French government has not chosen to
do or lacks funds for. La Mexicaine De Perforation (The Mexican Consolidated Drilling Authority), a subdivision of the UX, provides clandestine artistic events; in September 2004 French police discovered an underground movie theatre run by La Mexicaine De Perforation which contained a movie screen, a well stocked bar and a kitchen. Telephones and electricity were brought in from an unknown location and movie titles ranging from 1950s classics to modern thrillers were discovered. When the police returned for a formal investigation, the equipment had disappeared and all that remained was a note on the floor reading “Ne cherchez pas” (“Do not search”). 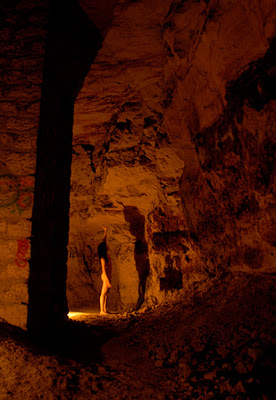 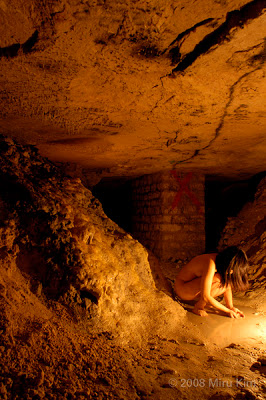 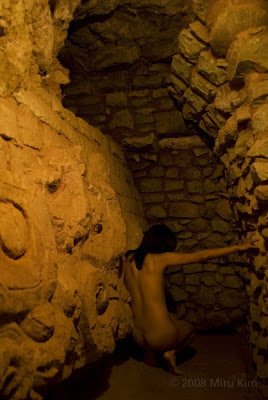 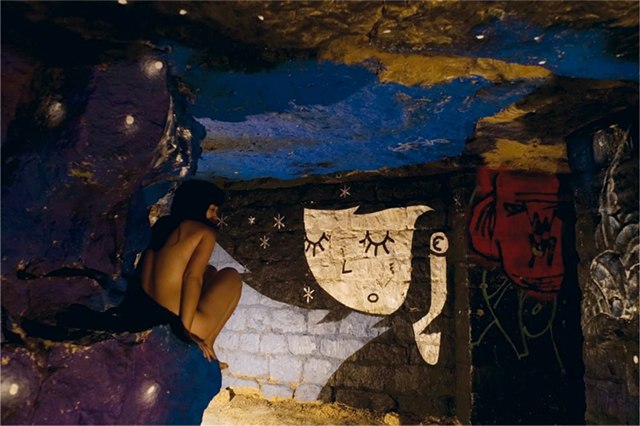 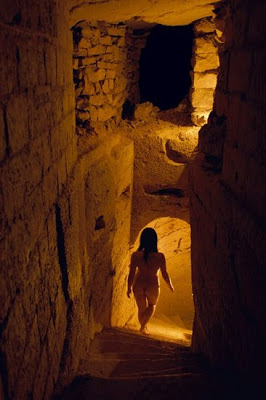 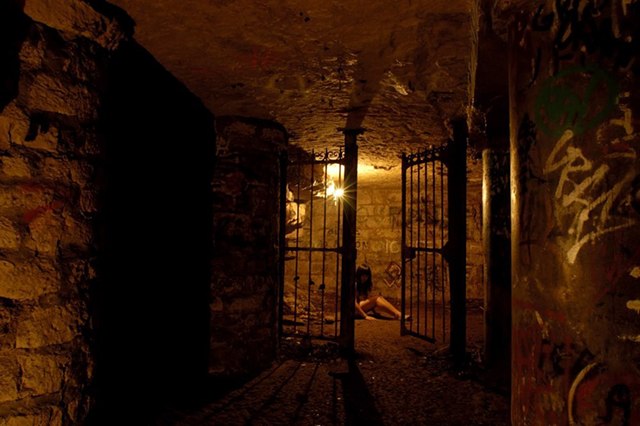 As part of her 2008 ‘Naked City Spleen’ project, American photographer and urban explorer Miru Kim explored the catacombs:
“In Paris I developed an obsession with carbide lamps. These lamps burn
acetylene gas produced when water reacts with calcium carbide, and they
create a warm ambient light that is powerful and irreproducible… The
sense of time becomes warped in the catacombs. Nothing seems to change
in the 20-meter deep tunnels—the temperature at 14ºC year-round, the
constant water levels, and the damp, stagnant air. When the lights are
turned off, the darkness and the silence are so complete that I would
start doubting my own existence after a few minutes. Listening to my
own breath, I would pace, tread, crawl, clamber for hours with little
food and water and still feel alert and agile. Two hours become ten
hours at a moment’s notice, and only once I finally exit, my limbs would
be stiff like those of a corpse.“ 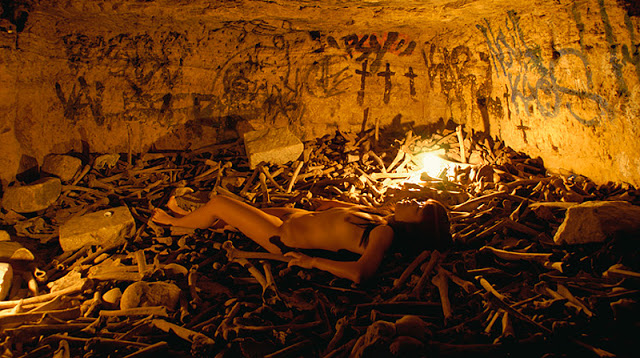 The tunnels are also filled with artwork, ranging from pieces of original architecture to graffiti work by generations of artists. Entire areas have been converted to galleries which linger mostly in darkness. 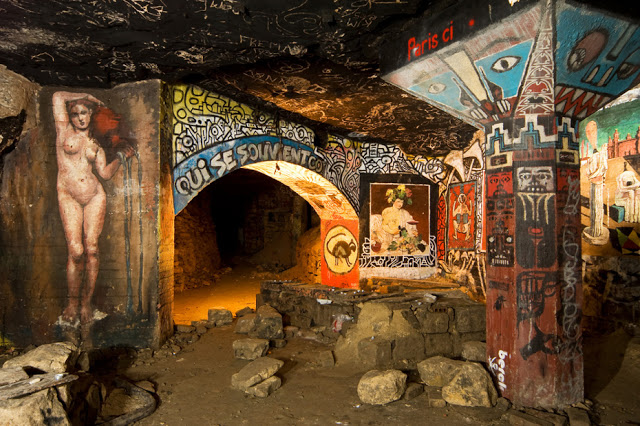 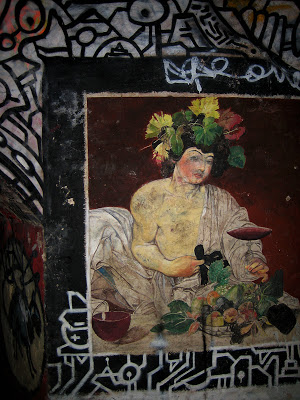 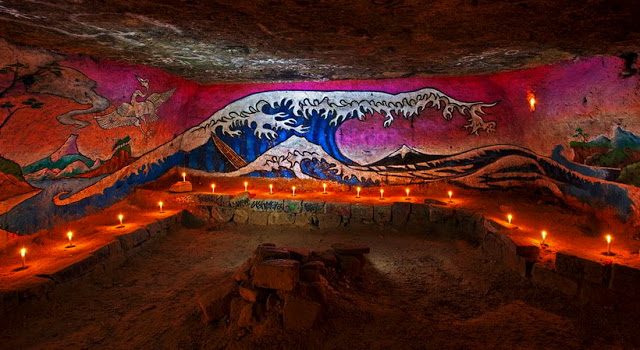 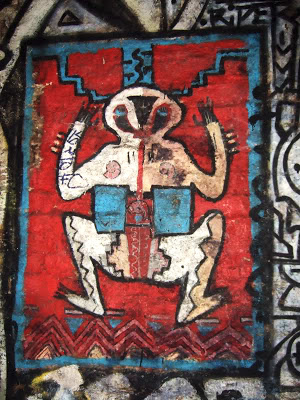 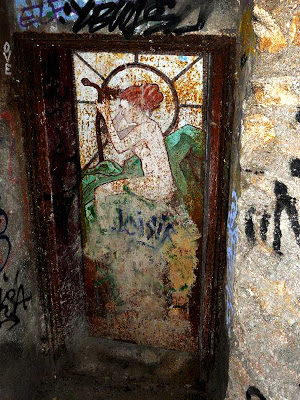 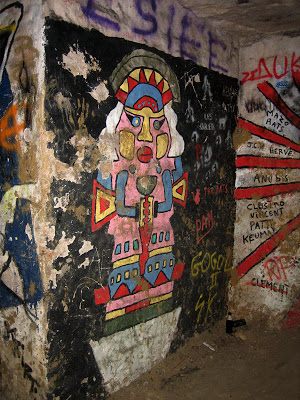 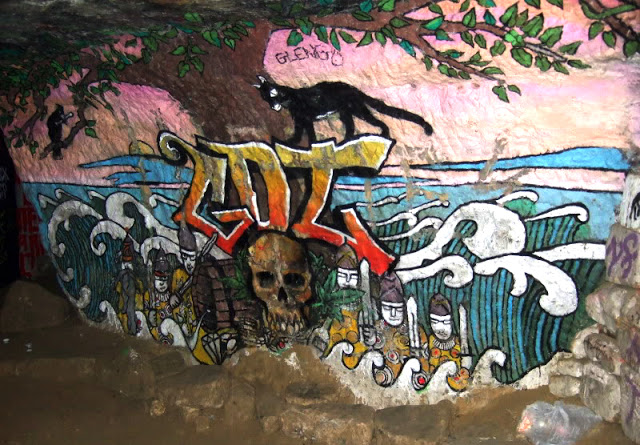 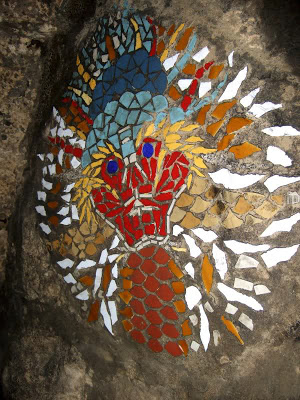 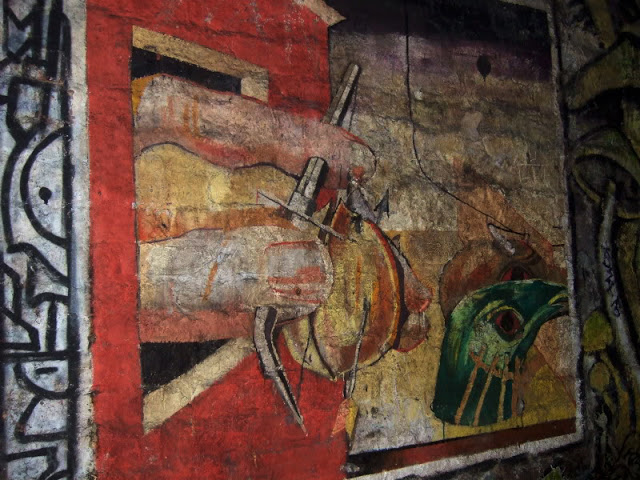 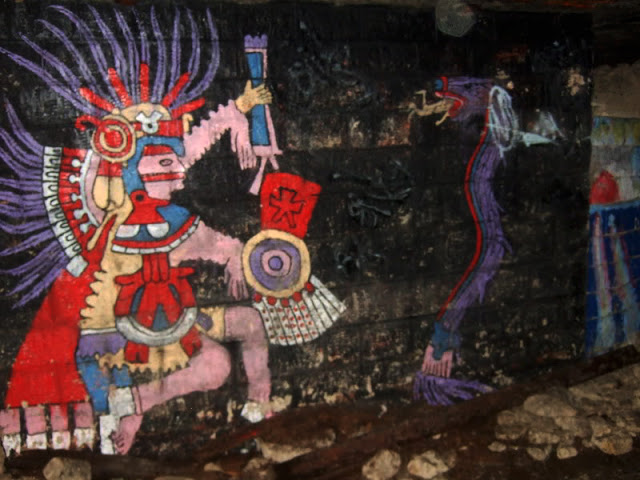 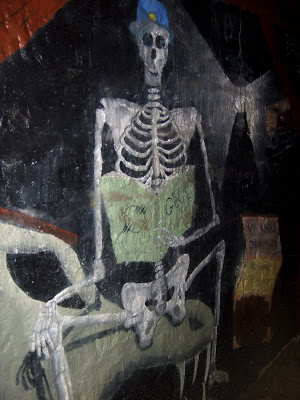 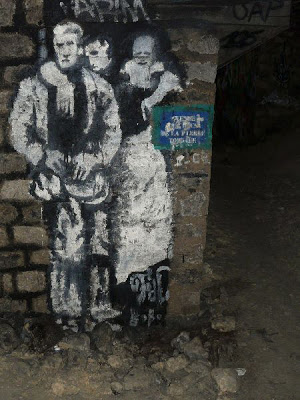 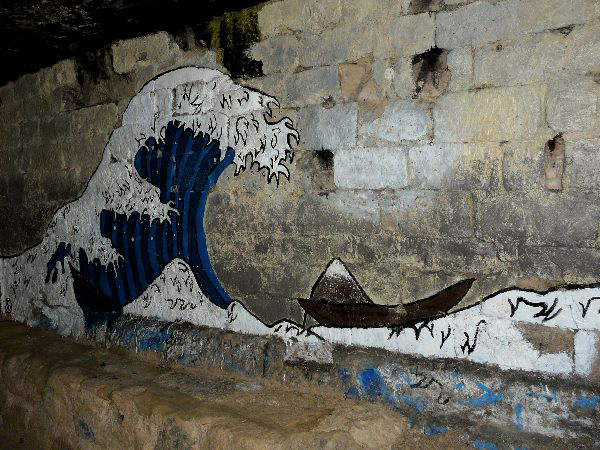