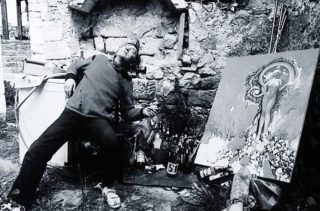 Jim Leon was a British artist whose work gained prominence via the underground magazines of the 1960s, especially Oz, although he was never really a psychedelic artist as such. Many of his earliest paintings show the influence of the Pop artists, it was only later in the decade that a distinctly original and surreal imagination came to the fore.
In 1954 Leon began attending the Birmingham Fine Arts College, but he was “expelled for bad behavior” only 3 years later. He married a girl from Lyon, and moved to France where he would live and work for the next two decades. During a 1968 trip to in London he met Rick Wright, leader of the “Pink Floyd”, and coming back to Lyon he initiated their first concert in France. 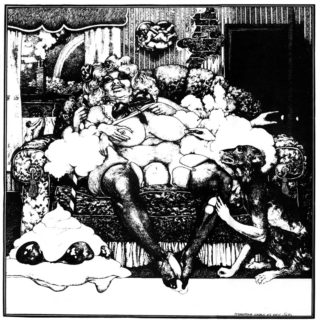 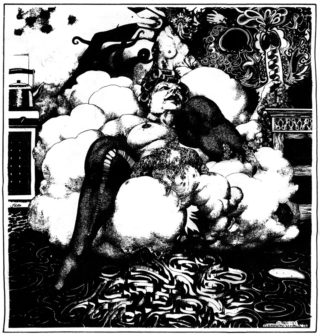 “His early work blended influences from Francis Bacon, surrealism and the baroque. Lurking there is also the English visionary William Blake, together with the obsessive Romanticism of the pre-Raphaelites. A number of his early paintings and drawings refer to William Burroughs’s Naked Lunch (first published in Paris in 1959). These were just some of the ingredients of an amazing, semi-abstract, spatially complex, ritualistic, orgiastic flesh-painting, expressing highly wrought morbidity, eroticism, transcendence and ecstasy; astonishing explorations of the murkier depths of the human mind.”-A Very English Visionary by Simon Wilson

Following an operation for jaw cancer in 2002 he had to undergo frequent hospitalization. He died on the 14th of January, 2002. 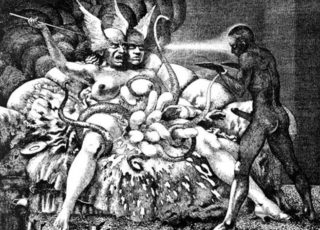 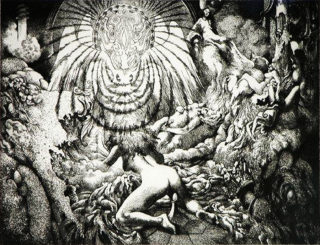 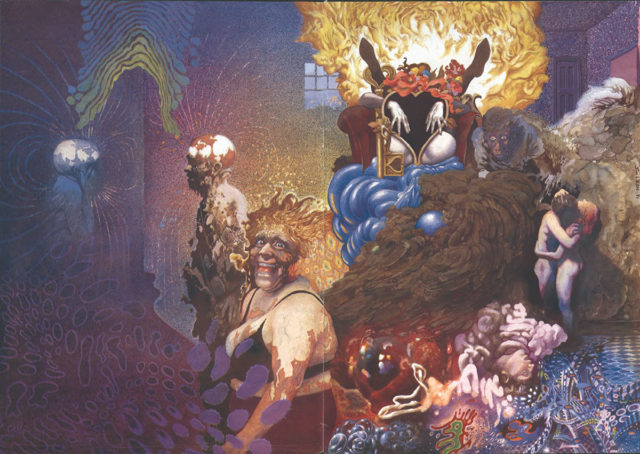 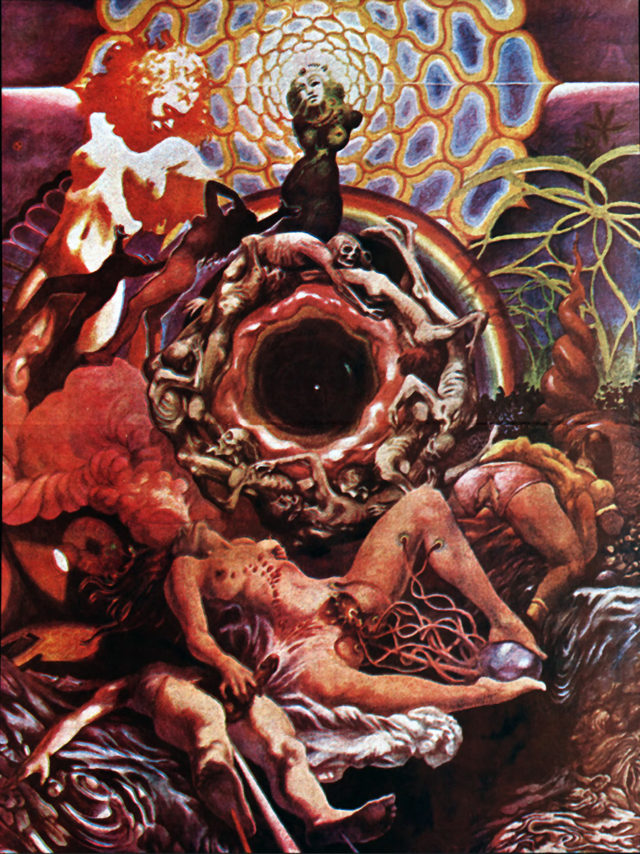 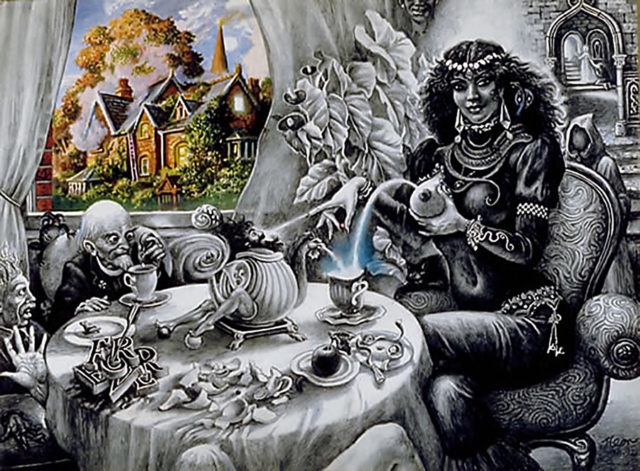 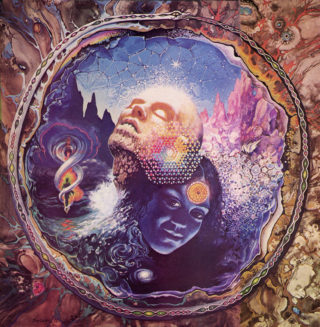 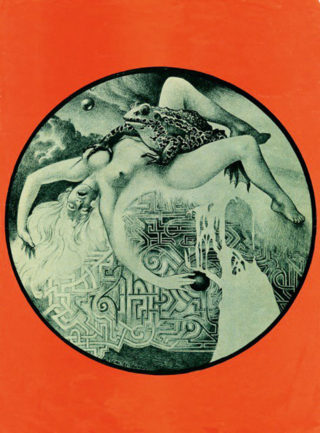 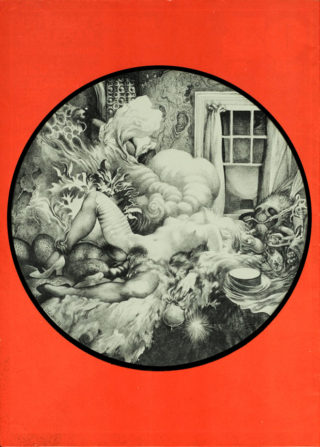