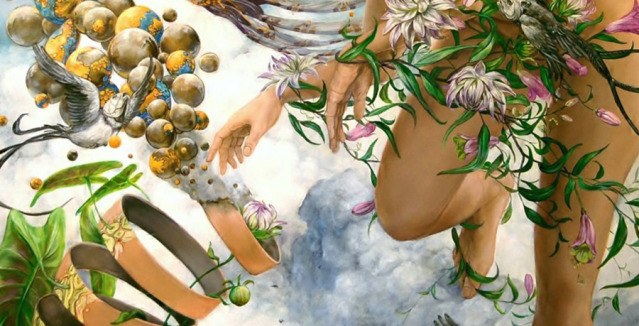 Born in 1989 and raised in a small town in Georgia, Hannah Faith Yata grew up with a deep love of nature and animals. She studied feminism, psychology and art in college; graduating with a BFA in painting from the University of Georgia in 2012, she moved to New York to focus on her work and put her ideas into paintings. 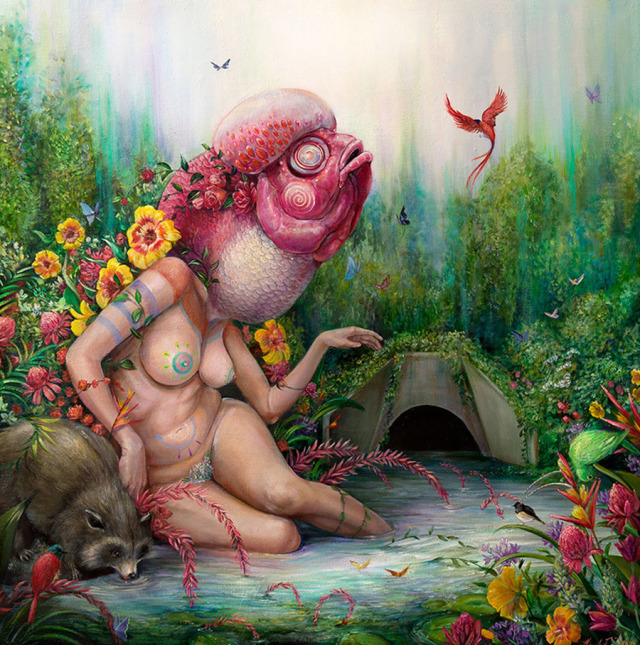 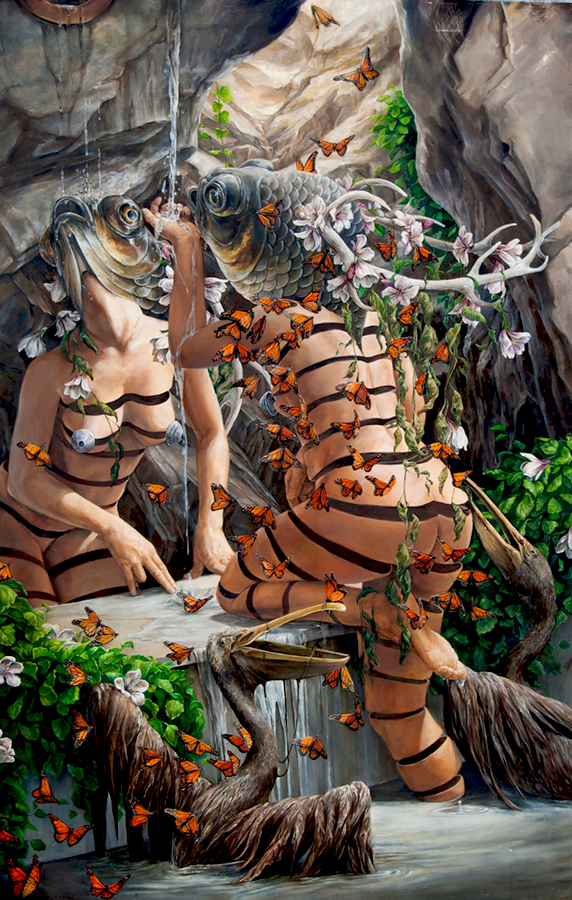 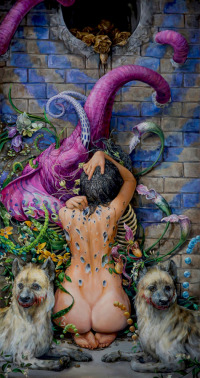 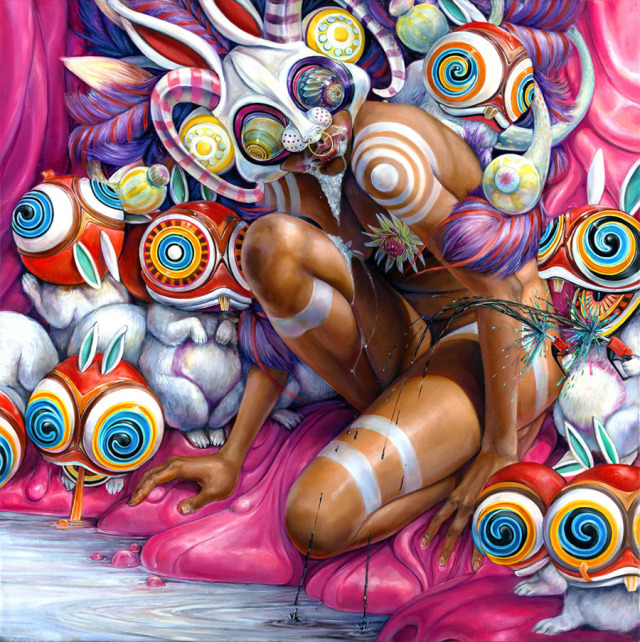 “My choice in depicting nudes is to be raw and vulnerable- not specifically inviting sex. I think in many ways women are made to be ashamed of their bodies and their sexuality, and in my work, my women are shameless: they exist and act with or without a male audience… modern day hyper-sexuality in advertising and culture will tell women they are incomplete with out this sort of male presence, and they are in need of a phallus. As my work has evolved to embrace other animals and masks, it has become a dark play of sorts seeking autonomy for nature. It sets a stage of a psychedelic primal dance that transcends to other worlds: the animals become spirits and are played by women in a world inundated by pollution, or have found themselves in the limbo of death.” 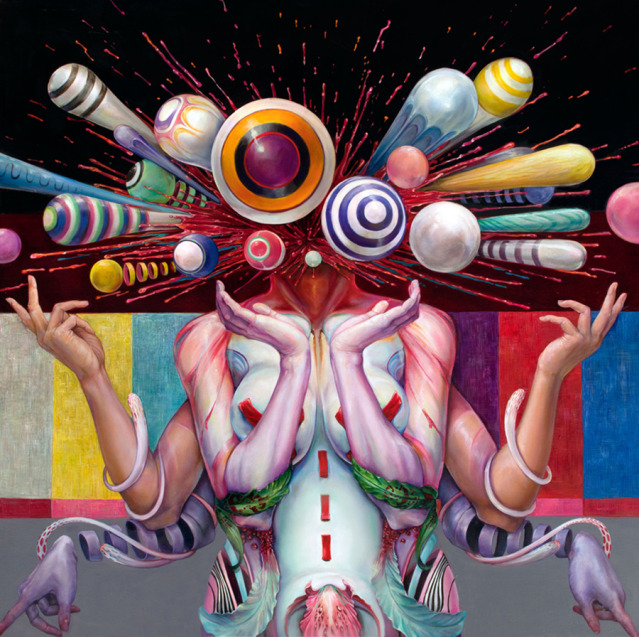 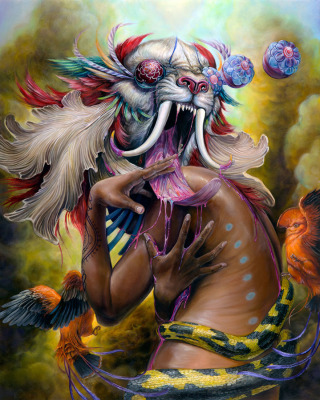 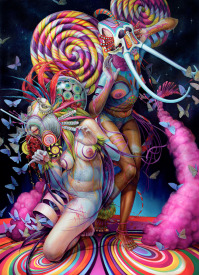 In her own work, Yata seeks to interweave political ideas, (using nature, women, and feminism almost synonymously), environmental degradation, and themes of moral injustice into increasingly chaotic paintings. She uses masks from a mix of other cultures to speak to the different relationships that native tribes and cultures have with the earth, while giving anthropomorphic qualities and symbolism to the animals to speak their consciousness. The increasing psychedelic features to her work are inspired by beauty and the energy of nature, while communicating the anxiety and tension she feels brewing in the world. These elements are combined many times to celebrate the female form that denies objectification and exploitation of nature and interweaves them into grotesquely beautiful, surreal dreamscapes. 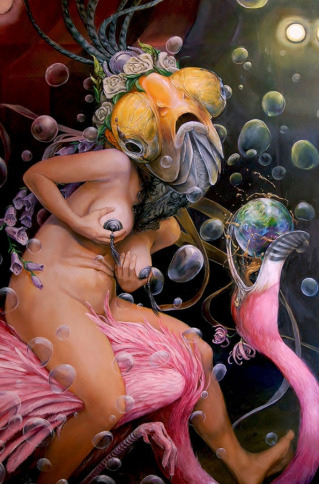 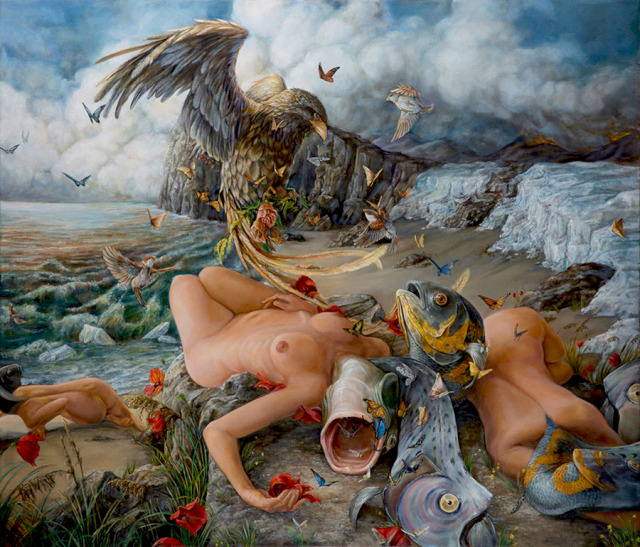 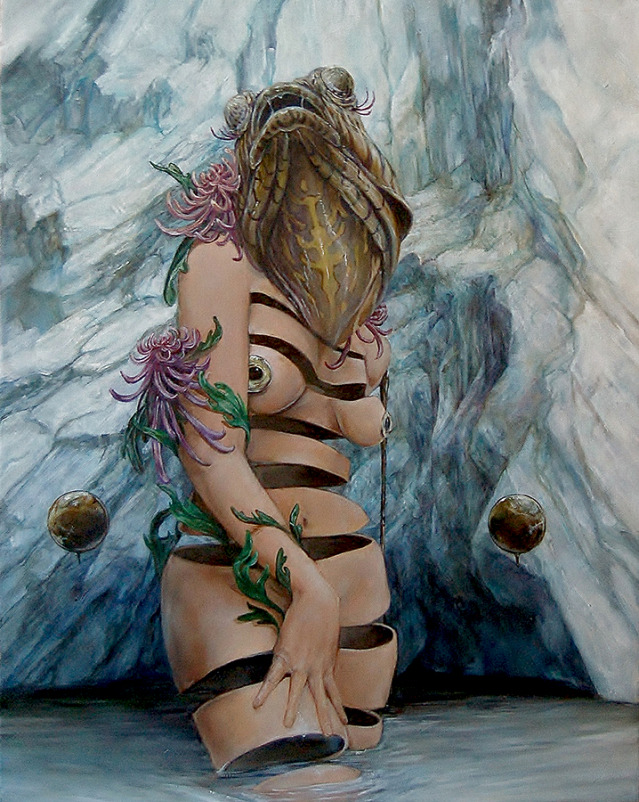