Jean Marie Poumeyrol was born in 1946 and studied at the Academy of Fine Arts in Bordeaux; upon graduation he already had a four year old son to support, and he began his career teaching of mechanical drafting. This occupation was mercifully cut short when he was “released” from the educational system.
Art teachers at the time had to pass tests to determine if they were skilled enough to teach drawing, and he failed his exam -being given an ‘F’ for nude drawing.
Encouraged by this failure he dedicated himself to painting and drawing
full time, eventually creating a large body of erotica which have
marked him as one of France’s
greatest artists in this domain. 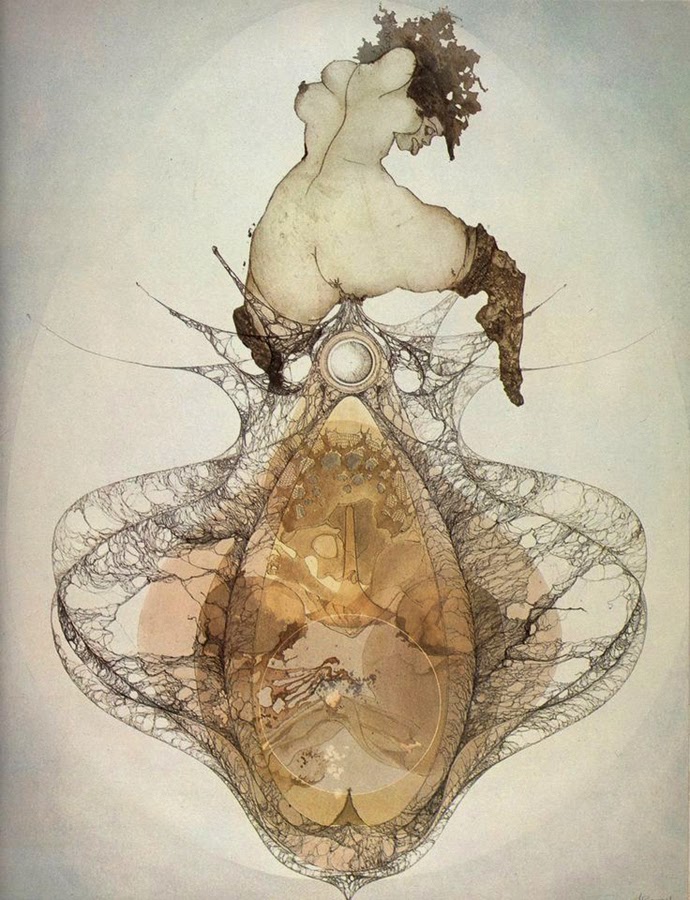 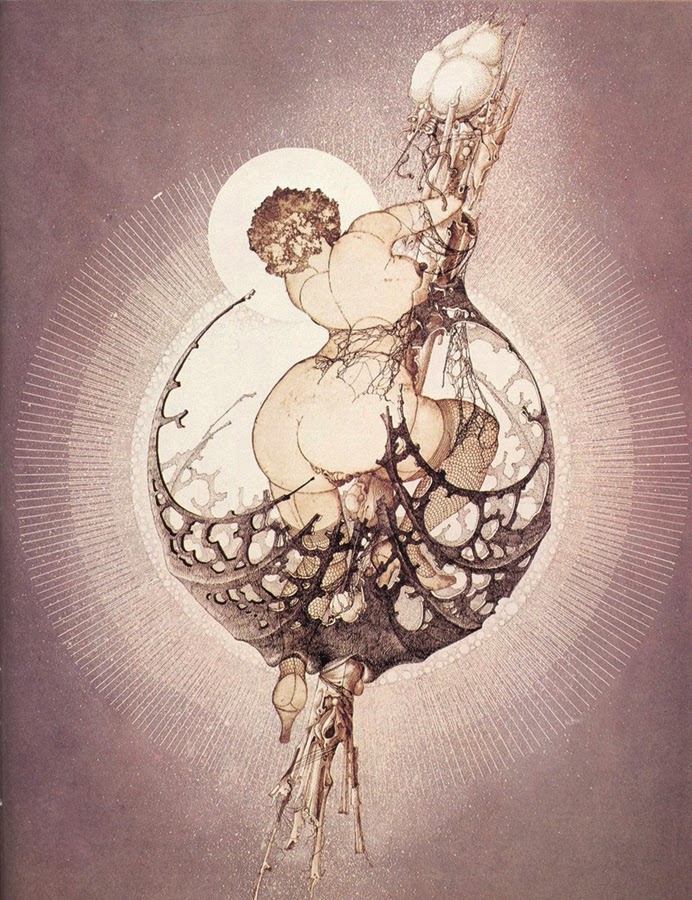 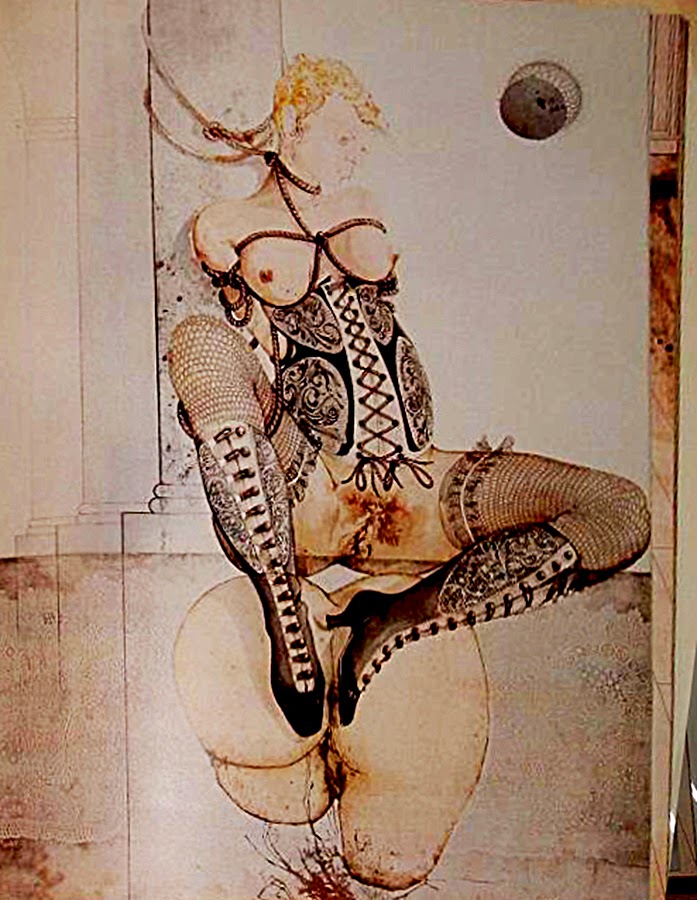 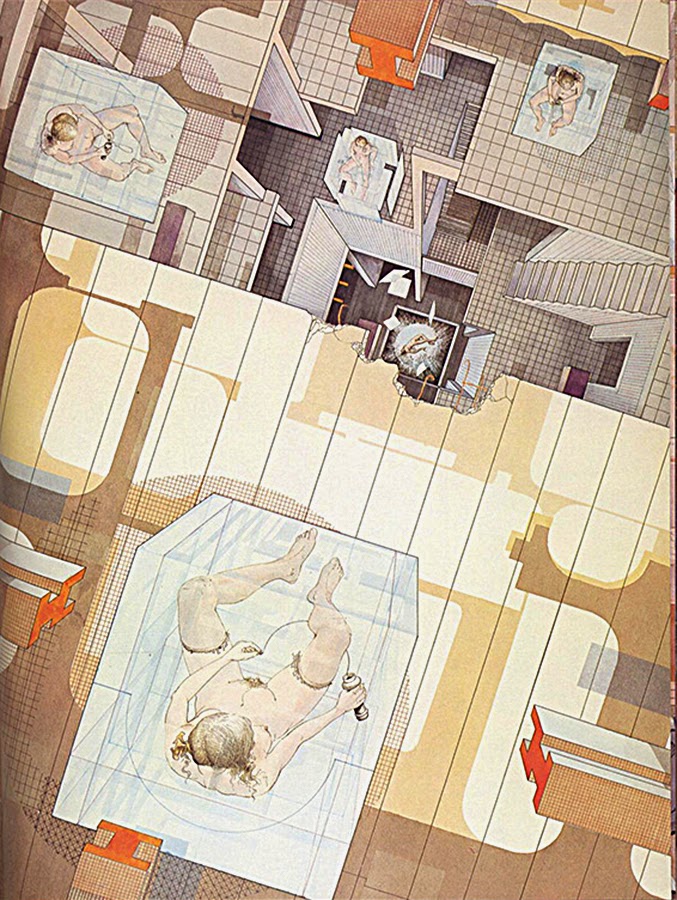 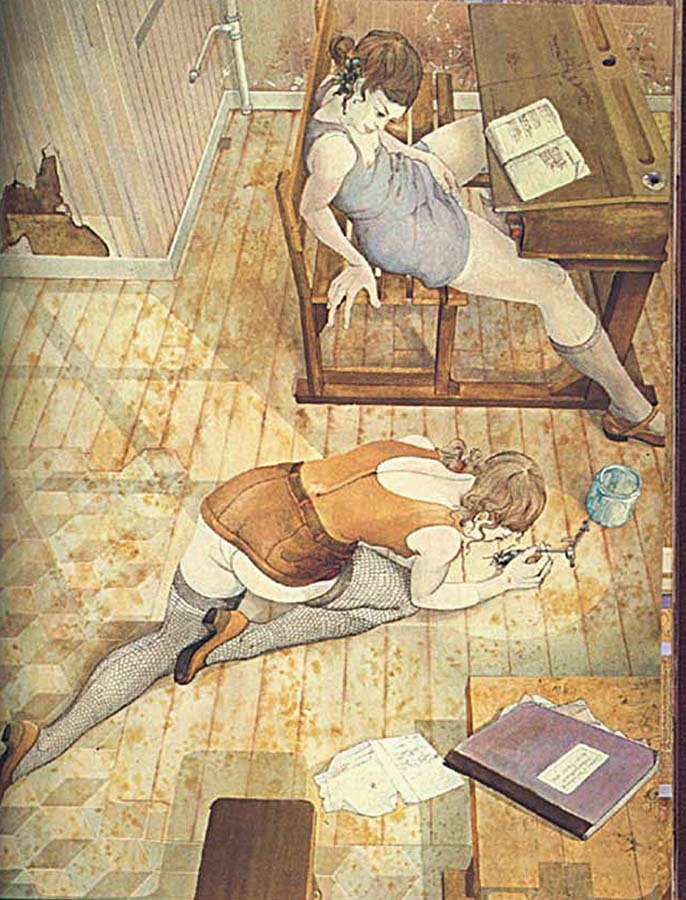 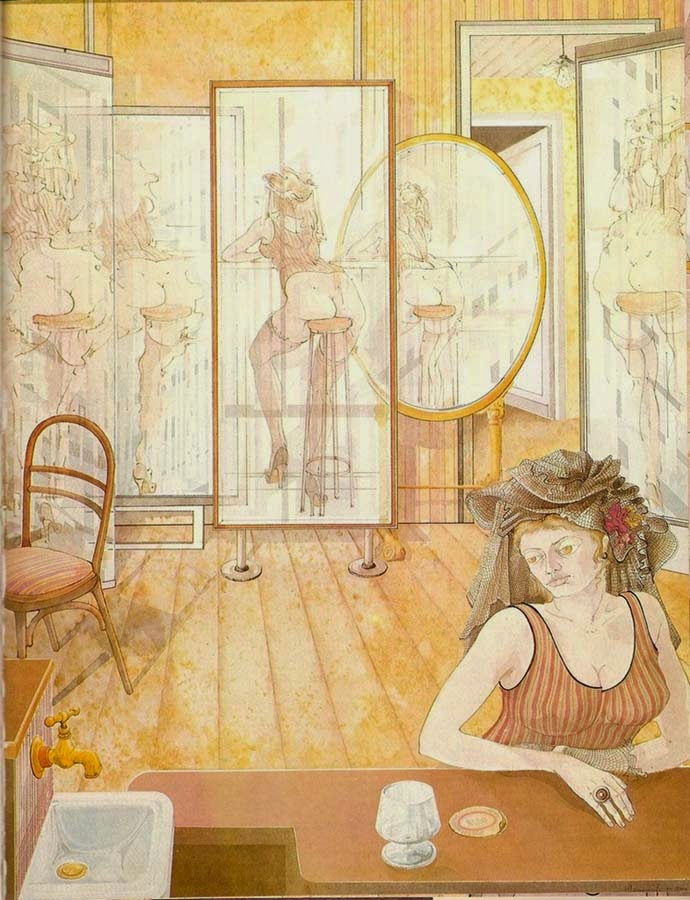 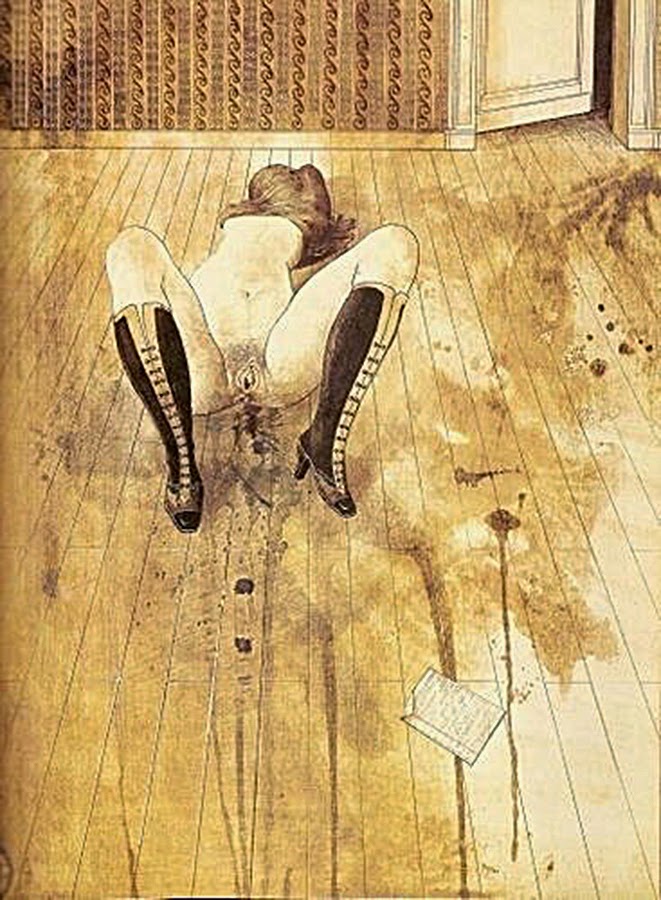 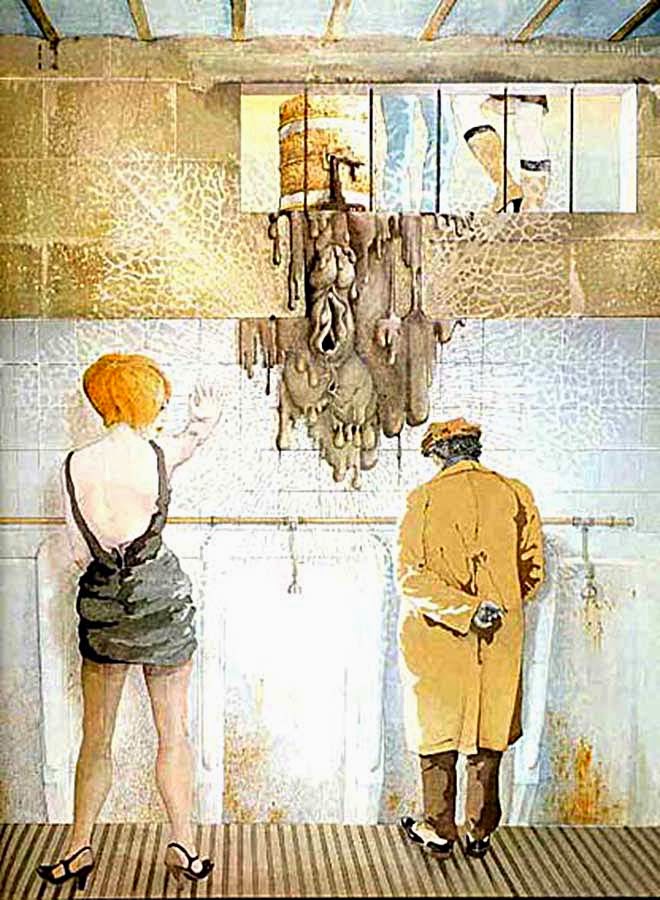 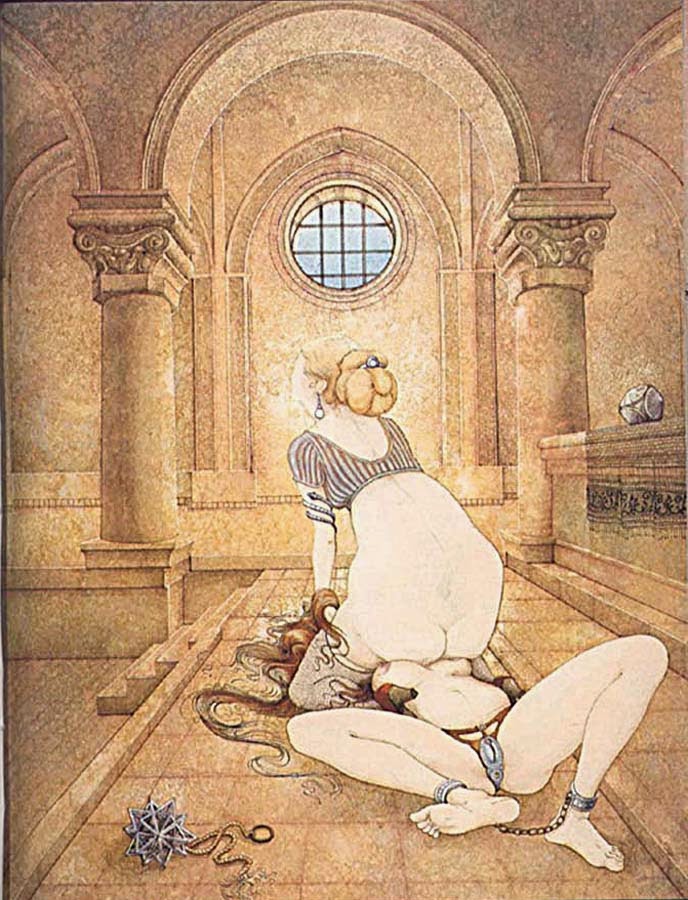 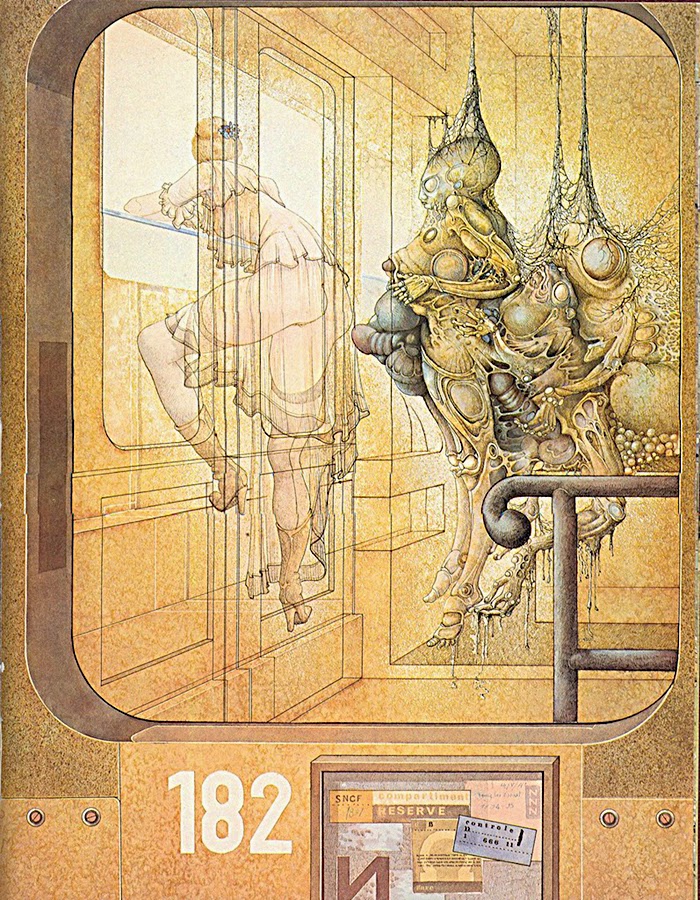 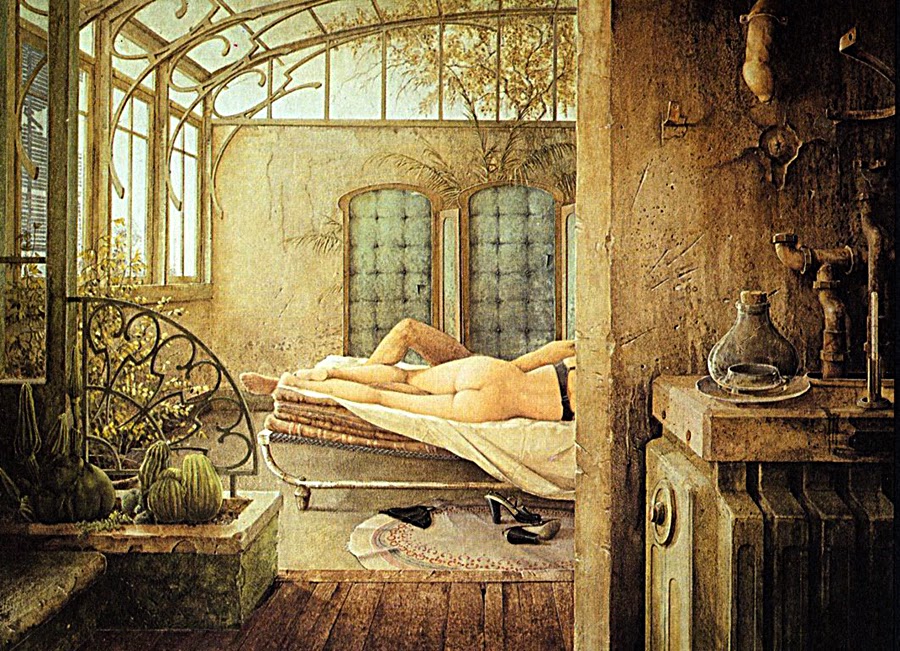 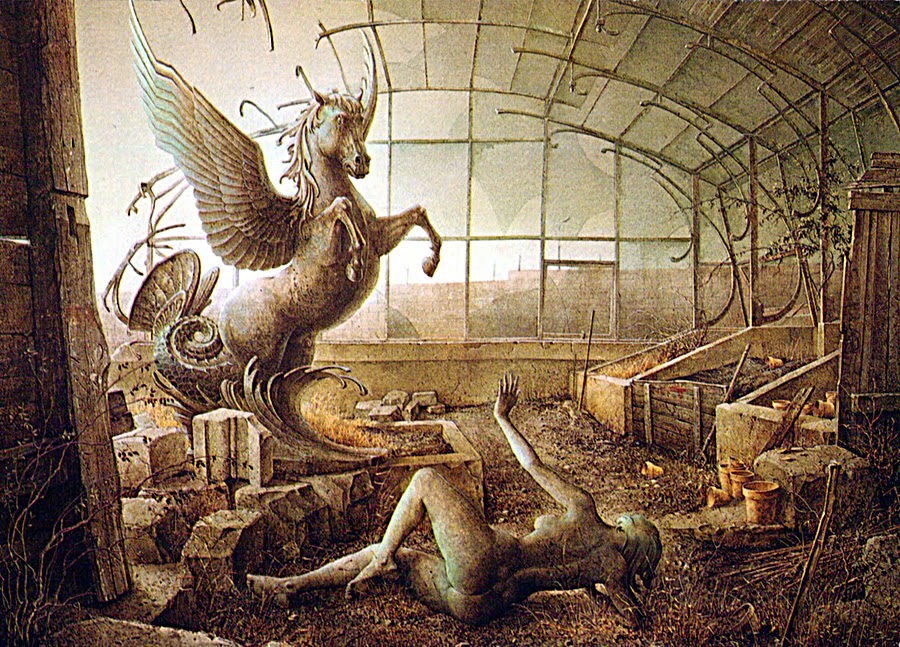 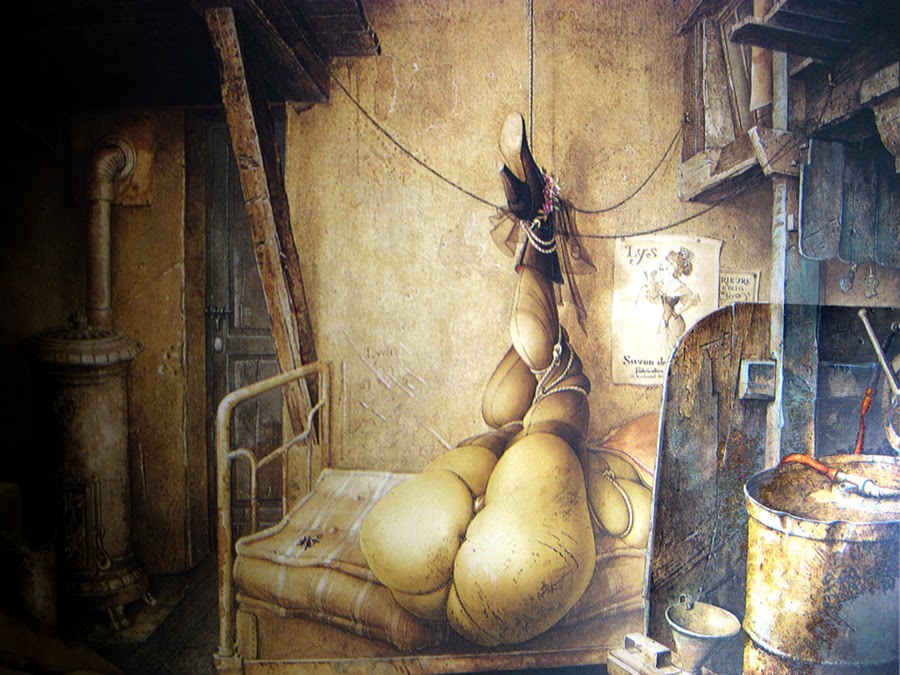 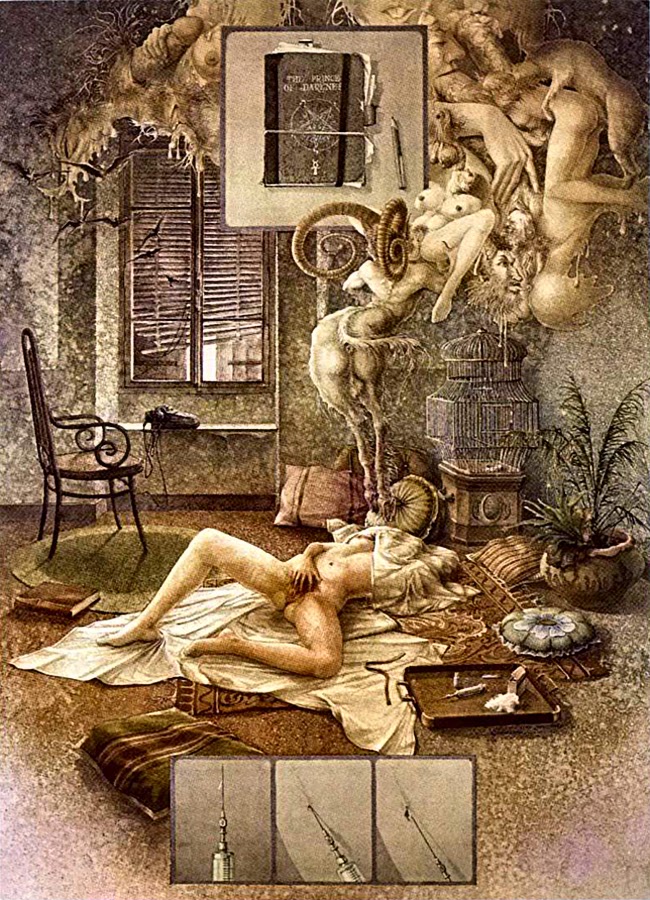 “As long as I can remember” Poumeyrol writes, “I have been faithfully accompanied by boredom. These sad and useless moments, like a pleasant emptiness, have invented those strange chimeras which continually wander into my visual memory. With time, this uncommon state between memory and imagination has matured into a kind of contemplation, and I have become a great connoisseur of solitude, prefering that boredom which accompanies all my wanderings into a world delicious, extravagant and vain.” 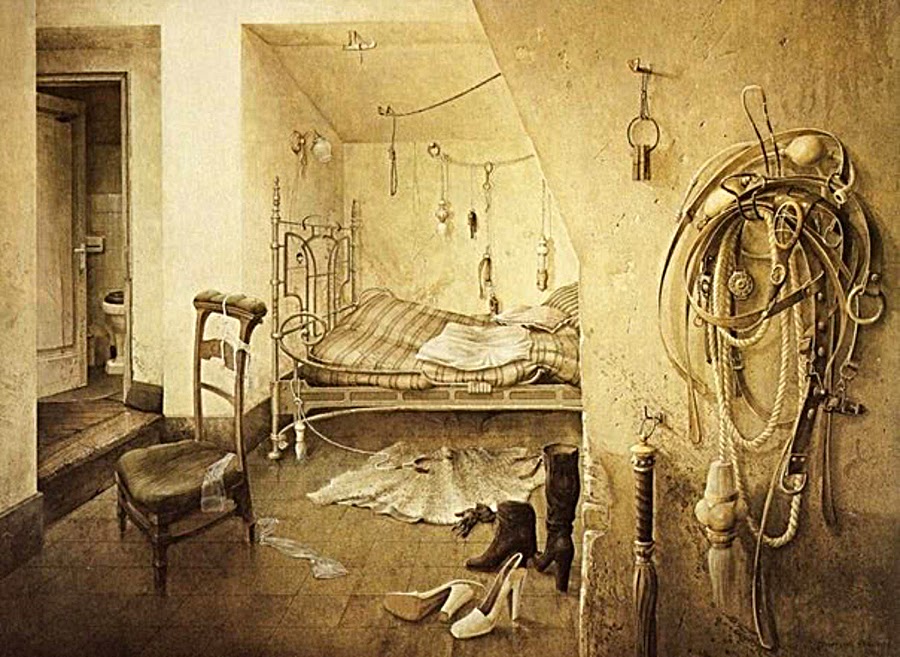 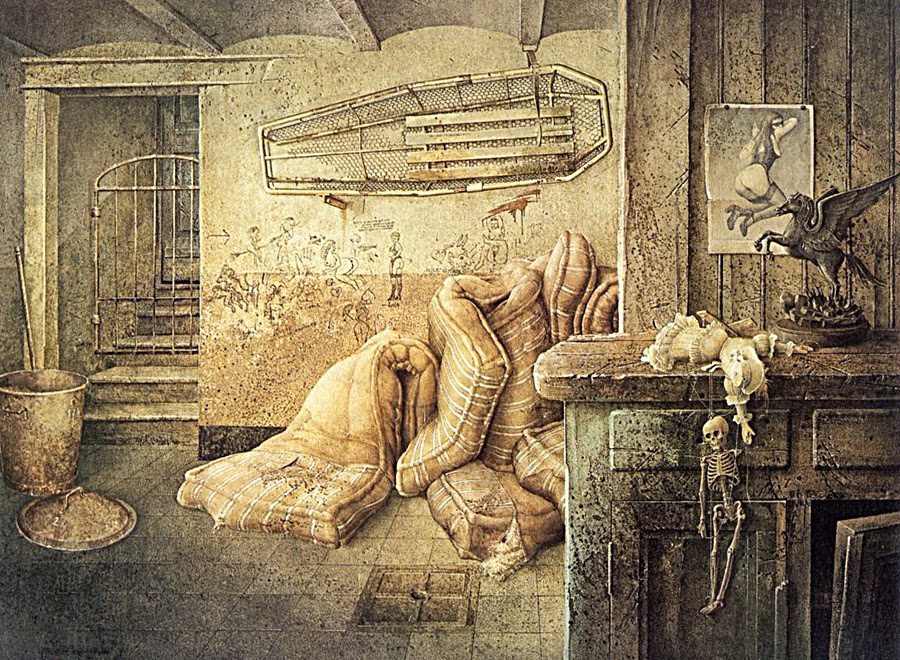 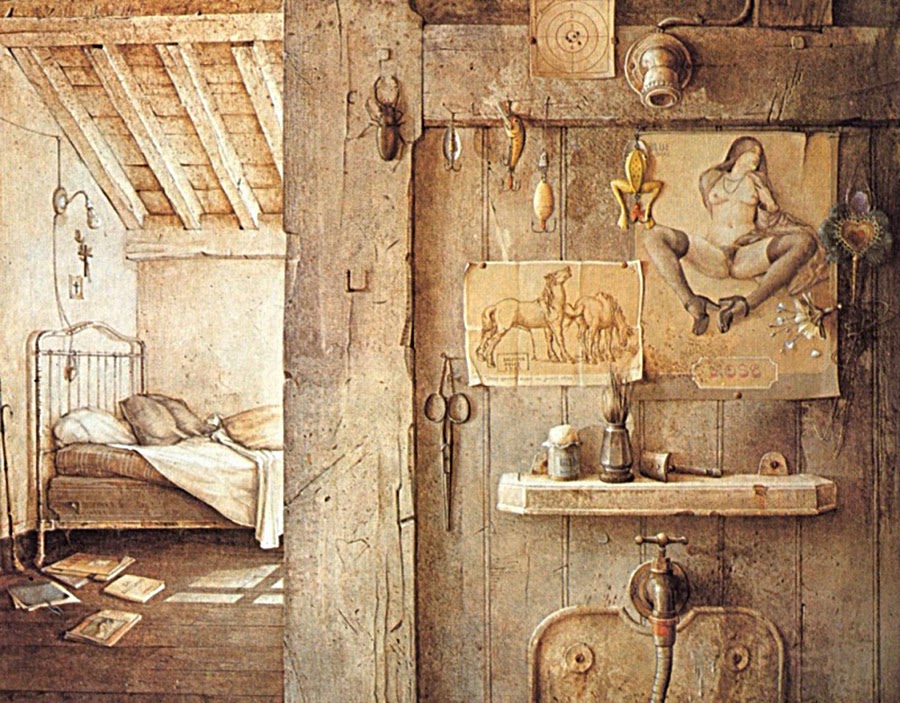 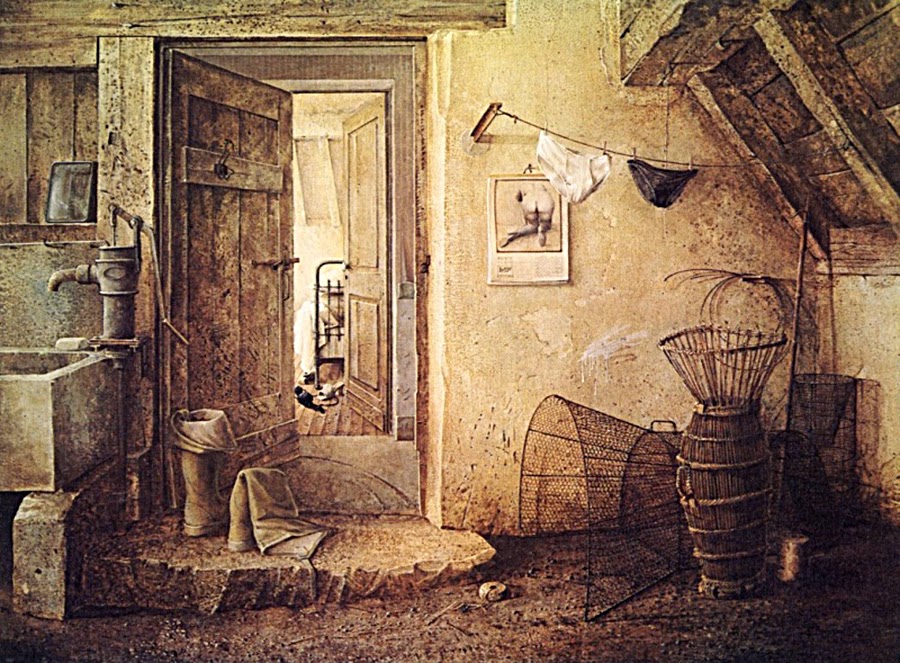 From a series of ‘chamber works’ such as these, Poumeyrol moved on to painting enclosures where any sign of humanity had long since left. 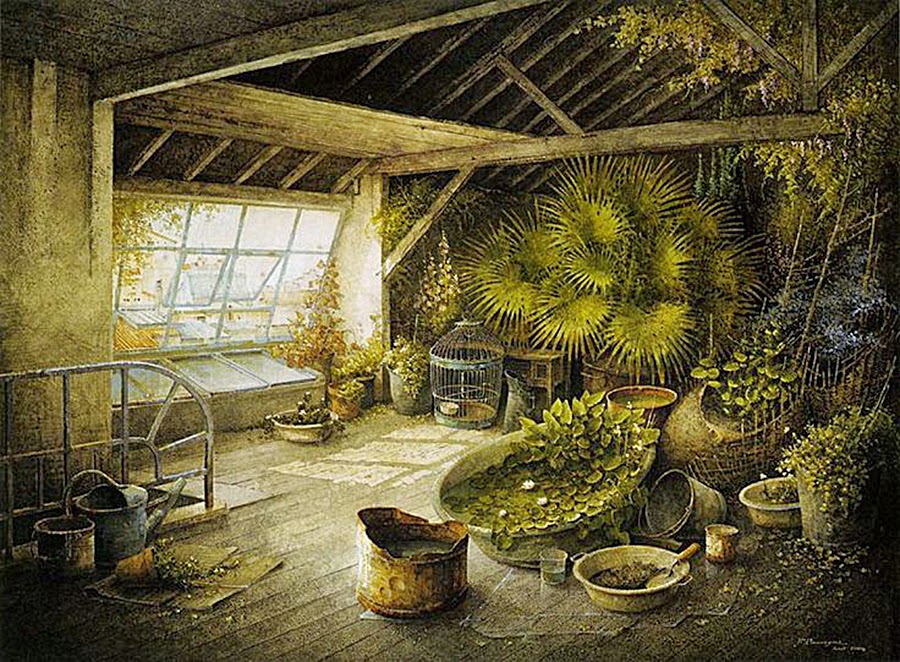 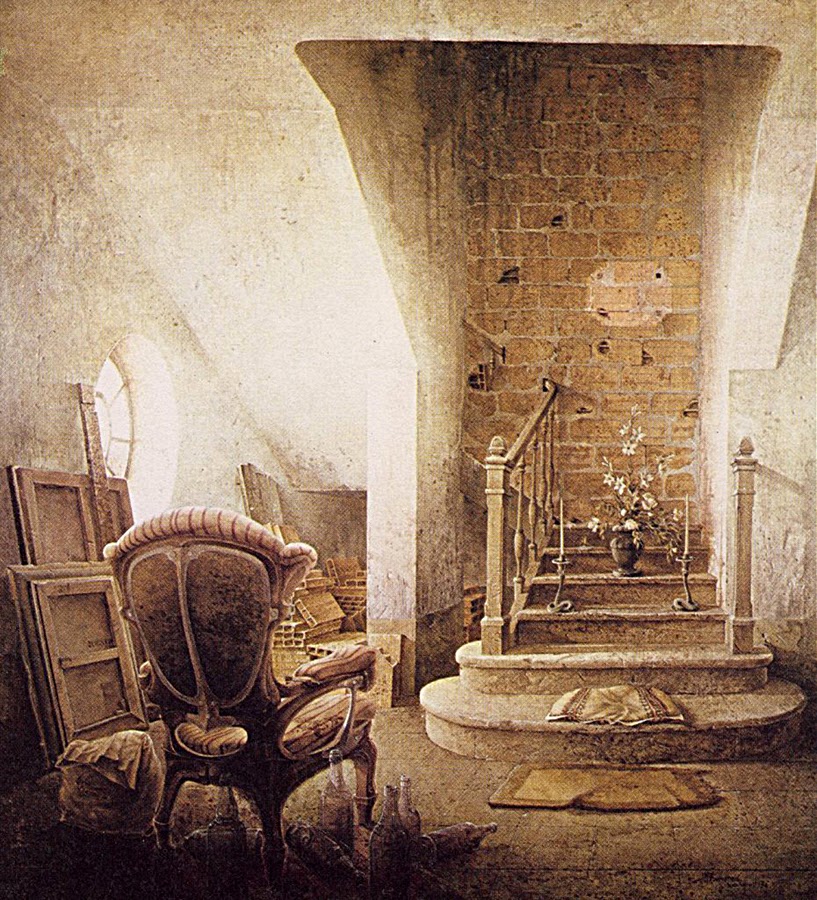 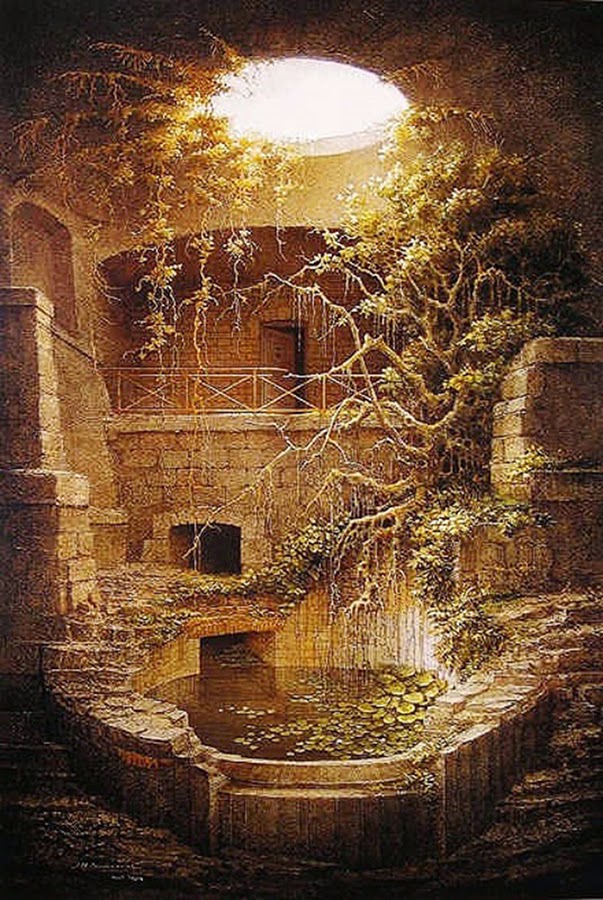 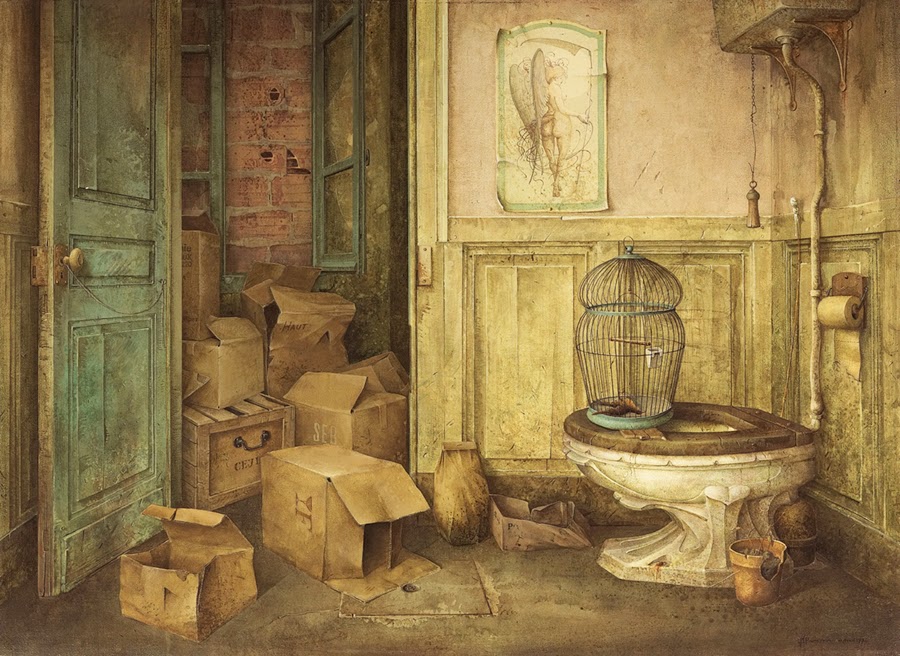 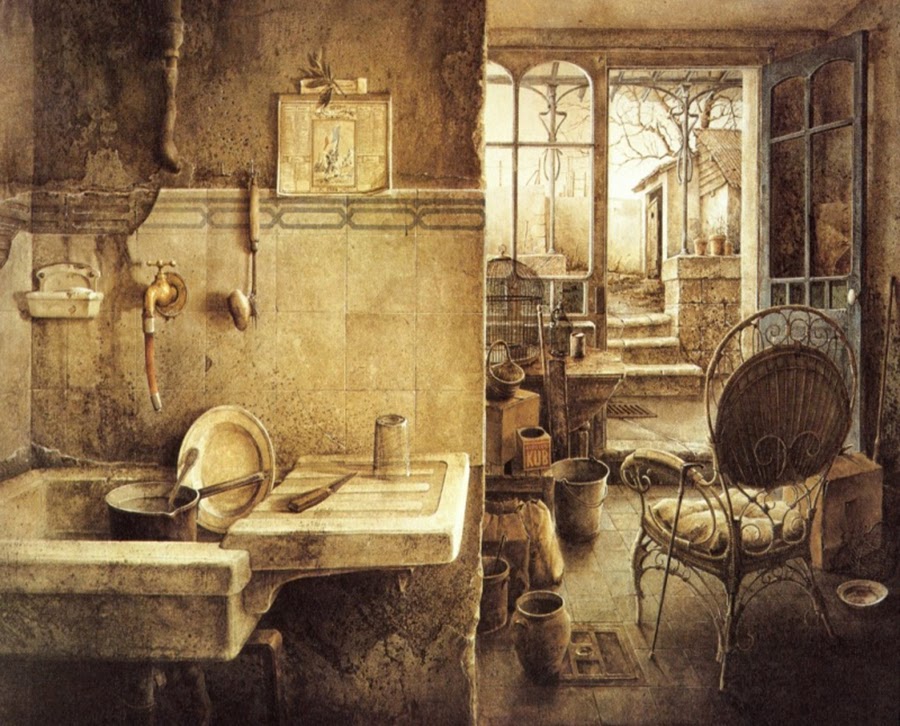 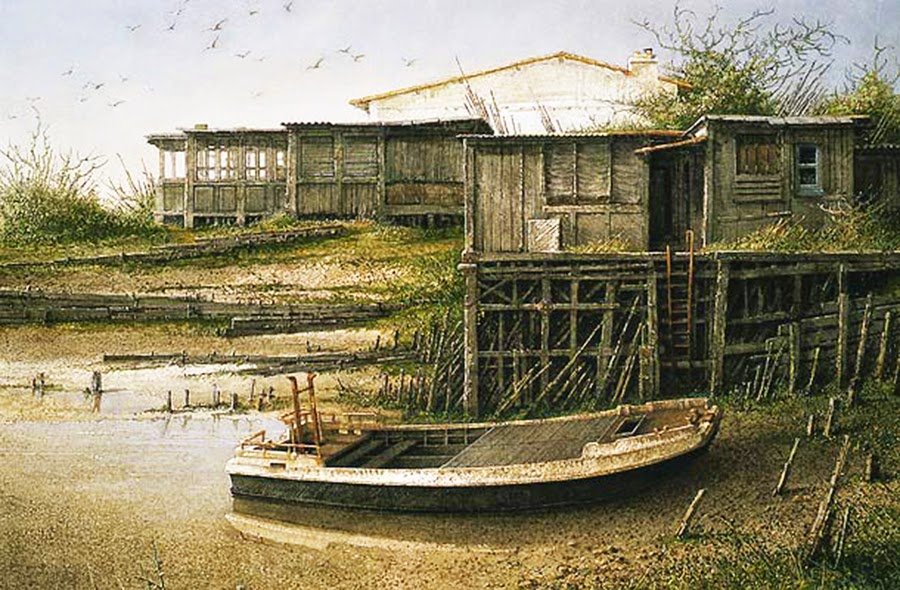 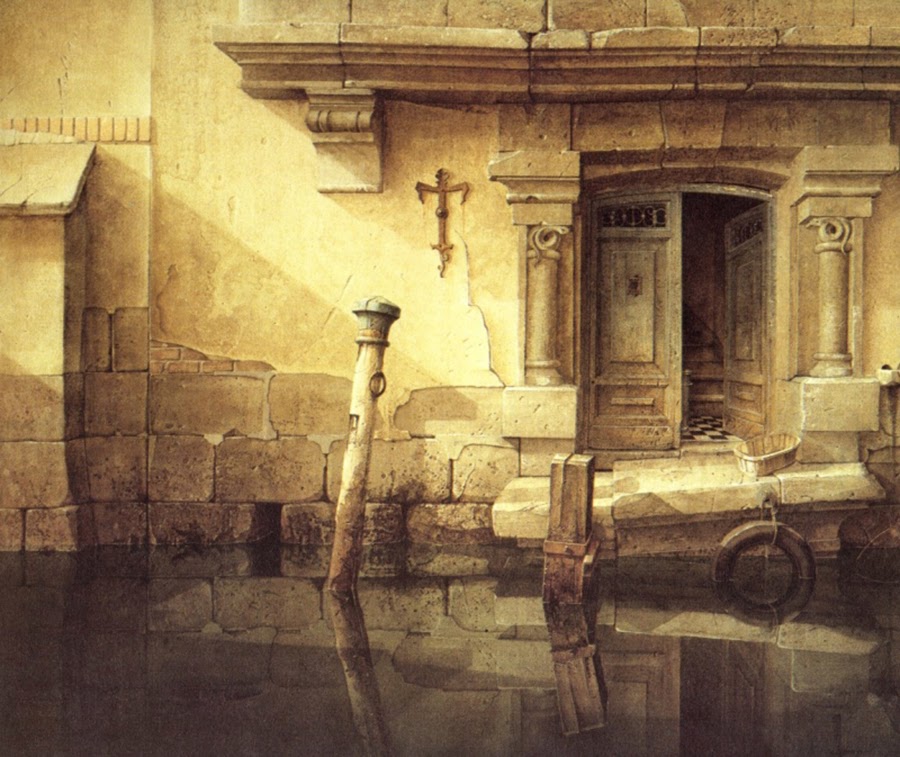 At present, Jean Marie Poumeyrol lives in Pau in the Pyrenees.

More:
The art of Jean-Marie Poumeyrol