play·boy
noun -ˌbȯi
:
a man who spends most of his time doing things that give him pleasure (Mirriam-Webster)

“A playboy is a wealthy man with ample time for leisure, who demonstratively is a bon vivant (appreciates the pleasures of the world, especially women).” (Wikipedia) 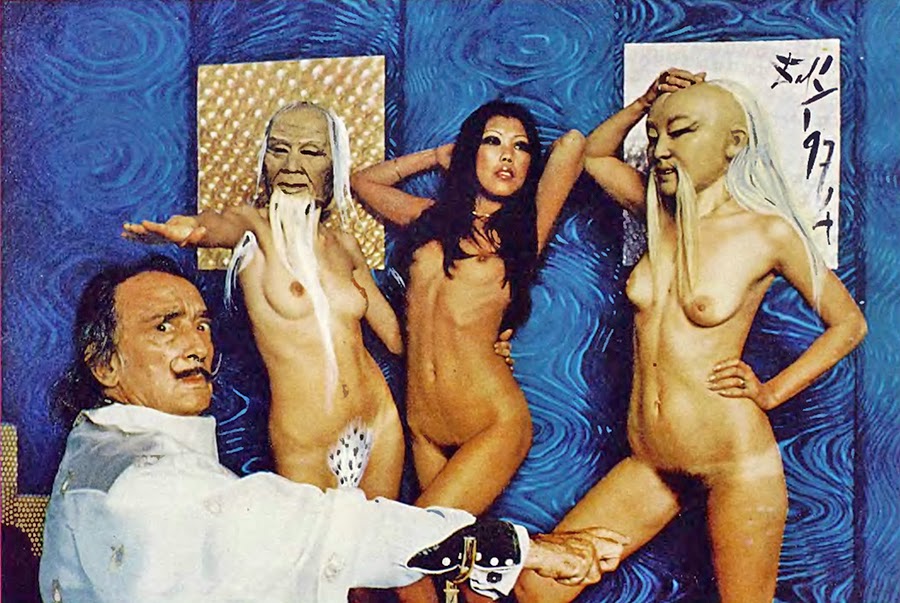 Playboy magazine is not what it once was. Forget the photoshopped perfect mannikin – robot sexdroids; think art and music and culture and polyester jumpsuits and… and… damn, the car ads turn me on more than the pictorials. Quadrophonic 8-track solid-state stereo system!
…right. The point being, once upon a time that grandaddy of pulp was worth reading. It was a publication that attracted respected writers and artists. 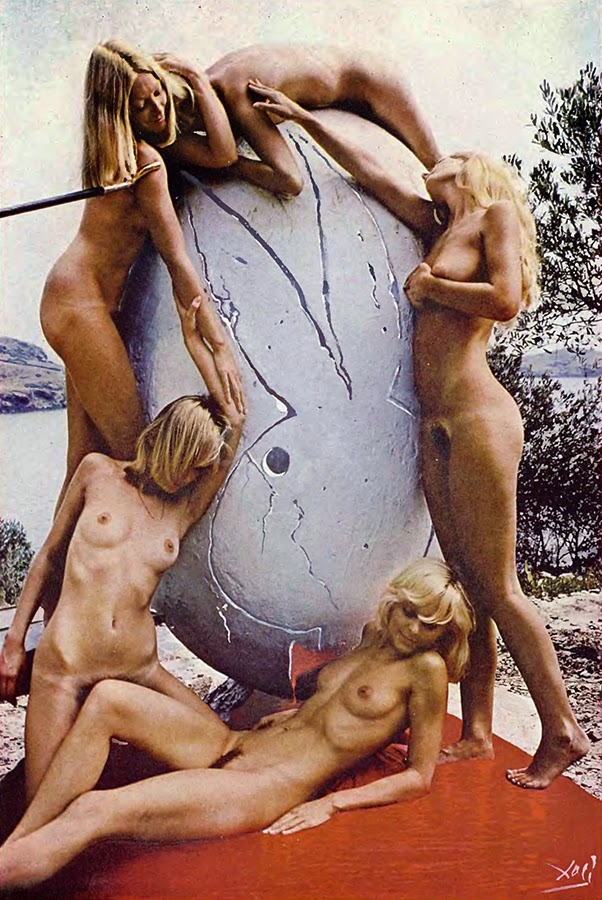 In a sense Salvador Dali was the quintessential playboy; he had been committed to exposing the undercurrents
of sexual desire in his work since Paris in the
1920s. As an artist he was obsessed with nudity, sexual repression and the
manifestation of sexuality in the human subconscious: his art
constituted all the symbols and signs of these fascinations and fantasies.
Dalí was also an avid fan of Freud, so much so that many believe his outrageous art and
musings to be an enactment of Freud’s theories of sex as the motivator
of the course and personality of the individual. He
loved to shock and confuse his followers, which resulted in some of his most
bizarre and ultimately engrossing imagery. 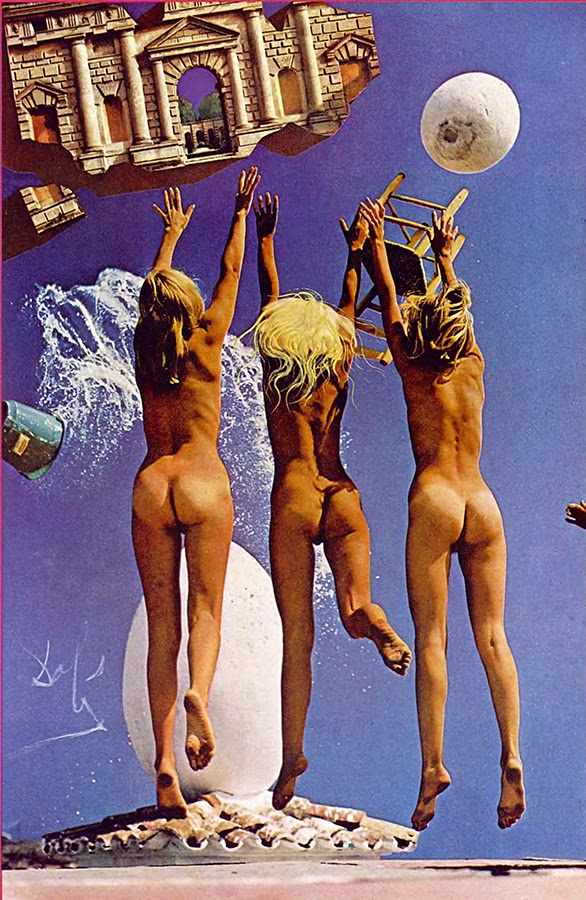 Dali was often accused of prostituting his art; although his canvases are his most enduring legacy, he was always on the lookout for commercial projects. He designed shop windows
for department stores; painted subliminally perverted portraits of
high-society ladies, designed the sets and costumes for the ballet ‘Labyrinth”, designed movie sets (including the “Spellbound” 1945 dream sequence for Alfred Hitchcock), and did the art for several advertising campaigns for big money clients like De
Beer’s, Gunther’s furs, Ford and Wrigley’s gum. So it was no coincidence that in 1974 Playboy staff photographer Pompeo Posar approached Dalí at his residence in Cadaqués, Spain with a set of preliminary sketches for a 7 page spread entitled “The Erotic World of Salvador Dali”. 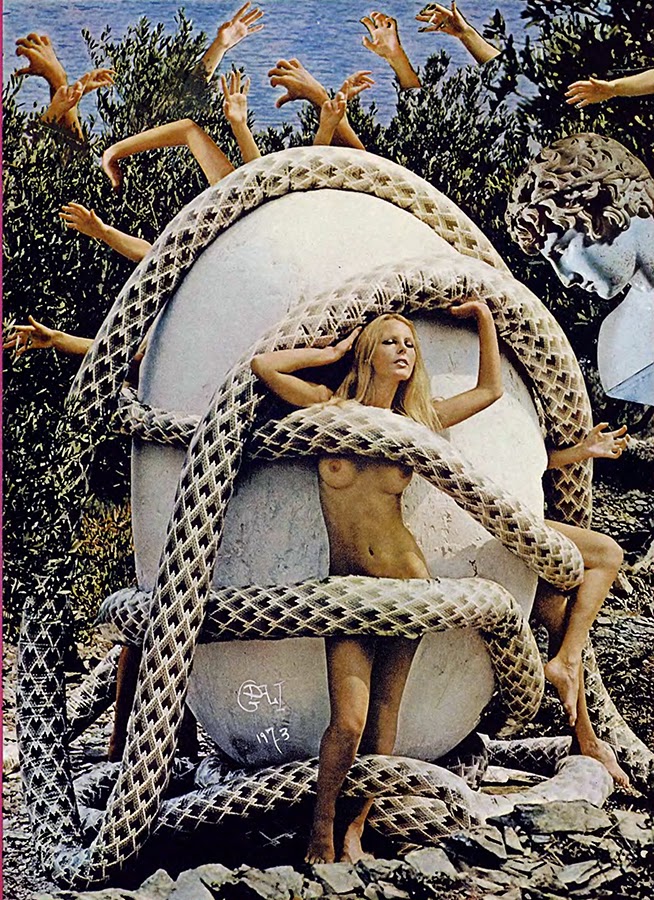 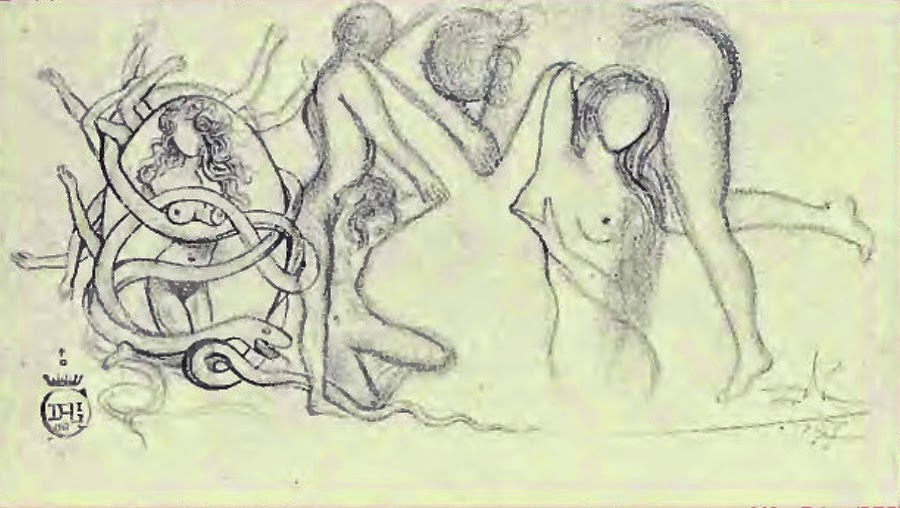 Dali set up each shot according to his sketches then created photo montages for the magazine pictorial. According to Posar, “…the villagers congregated on the surrounding hilltops as word spread through town”.
When the editors asked what the compositions meant, Dali responded simply that “…the meaning of my work is the motivation that is the purest: money. What I did for Playboy was very good and your payment is equal to the task.” 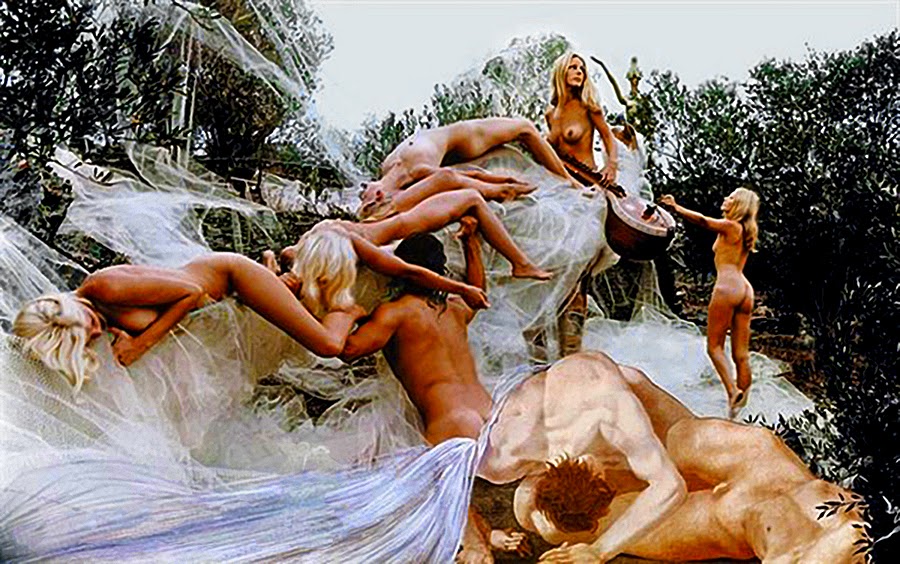