Joshua Hedlund was born in Seattle, Washington in 1978. He is a self-taught artist currently based out of Ojai, California.

What directed you into painting?

As a visual artist I consider myself a late bloomer. During the nineties my adolescence was mostly spent on a skateboard and the only artists in my life at that time were graffiti artists. I was totally enamored by this hidden subculture and I started to do it with a few friends but I lacked any understanding of it’s rules and influences, and so I gave it up after a few years.
After 9/11 happened I was intent on doing political graffiti. I still couldn’t draw worth a damn and so I thought if I studied some art history and anatomy I would have the facilities to make decent street art. They say the human body is the landscape of the world and it’s true. If you can tackle that, then you can put your pen to almost anything.
I was really inspired by the lives of artists that came before me, lives of passion and uncertainty. I became a painter almost by default. My wanting to do acceptable graffiti was replaced by a need to continue a great tradition. 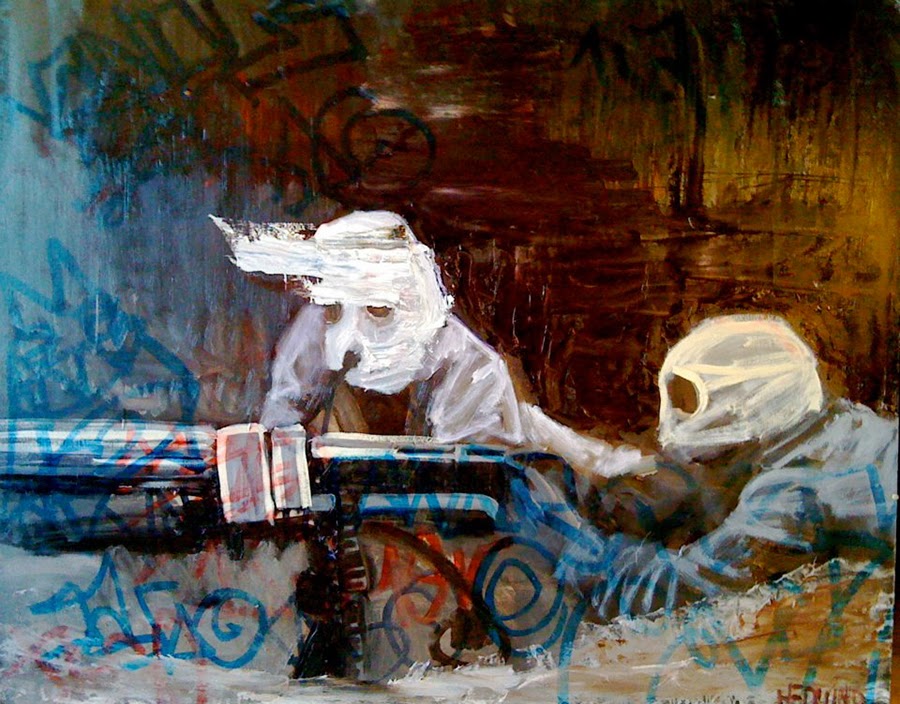 Your style leans towards surrealism, but it’s really hard to define. There also seems to be a lot of Asian influences in your paintings. Can you elaborate on that?

I like to define it as magical realism. I definitely do not approach a piece with the mindset of being a surrealist. The idea behind the work is not involuntary, though I do allow for accidents to show me the way at times. The subconscious is a fascinating universe within all of us, usually accessed through chance encounters in dream time. As an artist it is the backdrop to a play and I’m still toiling over the script. 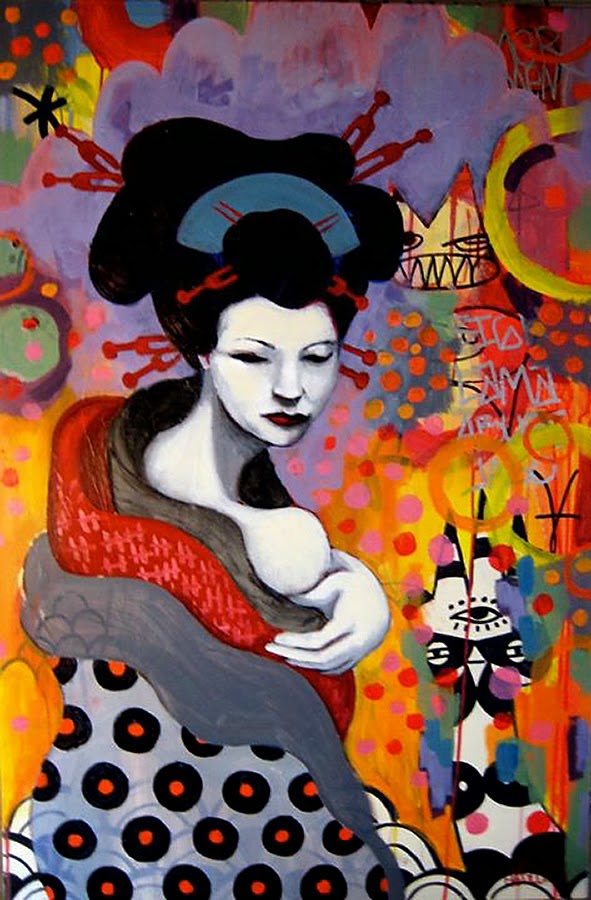 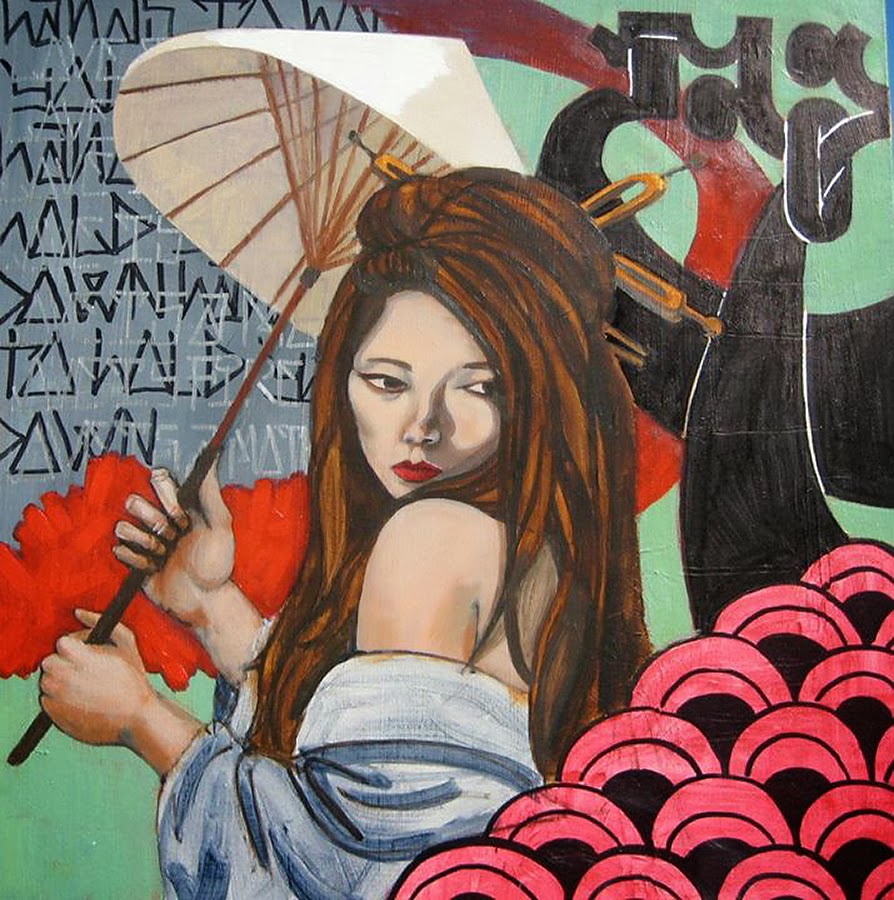 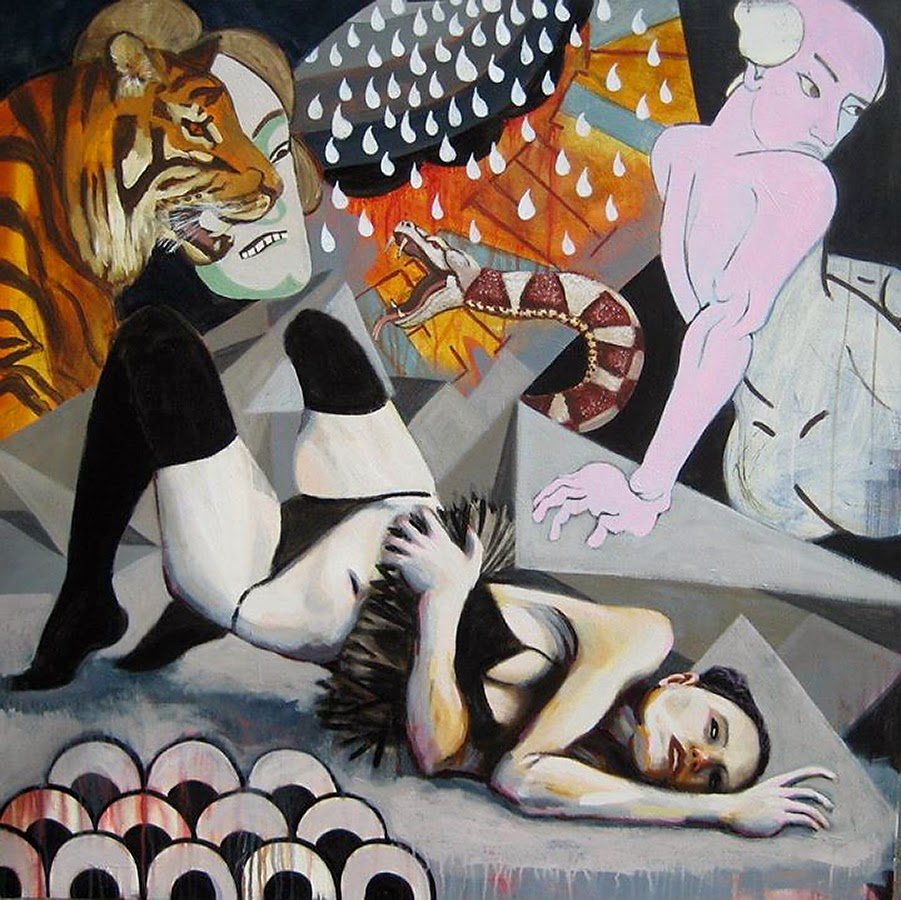 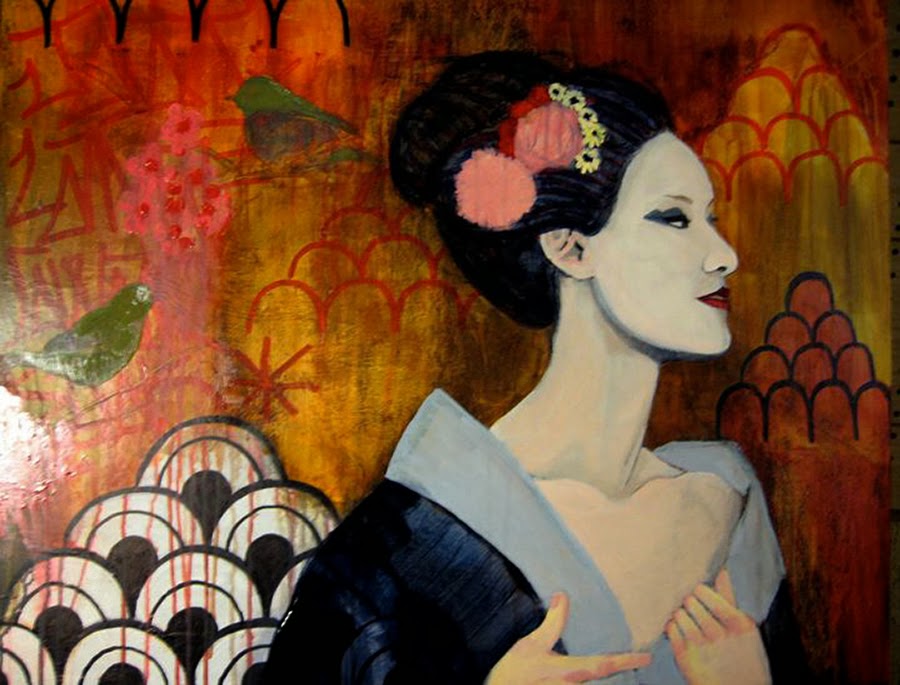 I have been influenced by ukiyo-e style wood block prints. The flattening of the composition, the fluid line work of stylized and often exaggerated renditions of the natural world. It is the use of simple lines to create a complex composition. The images are easy for the eyes to read but you can still get lost in them. 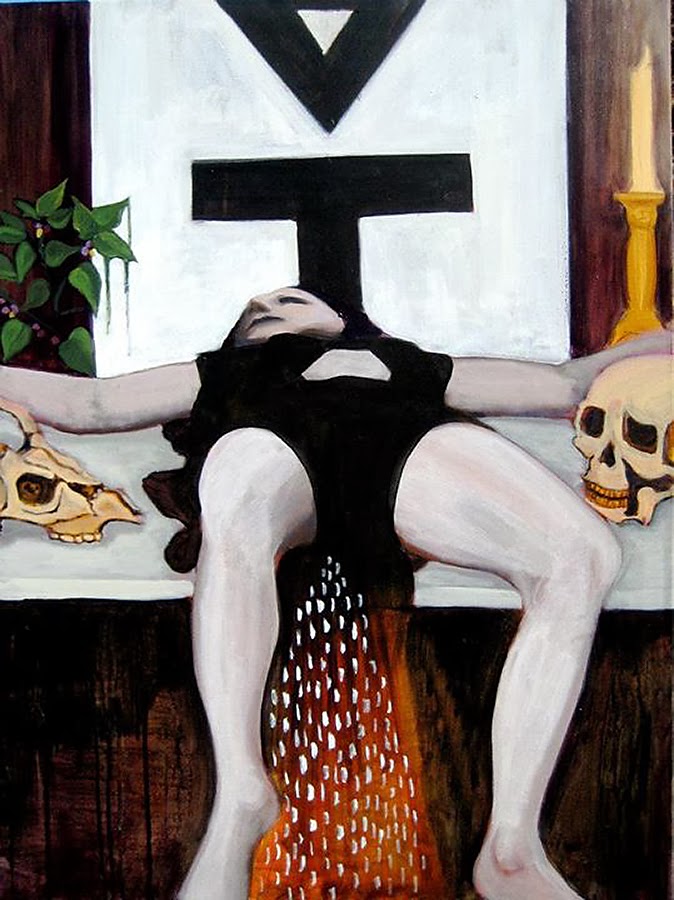 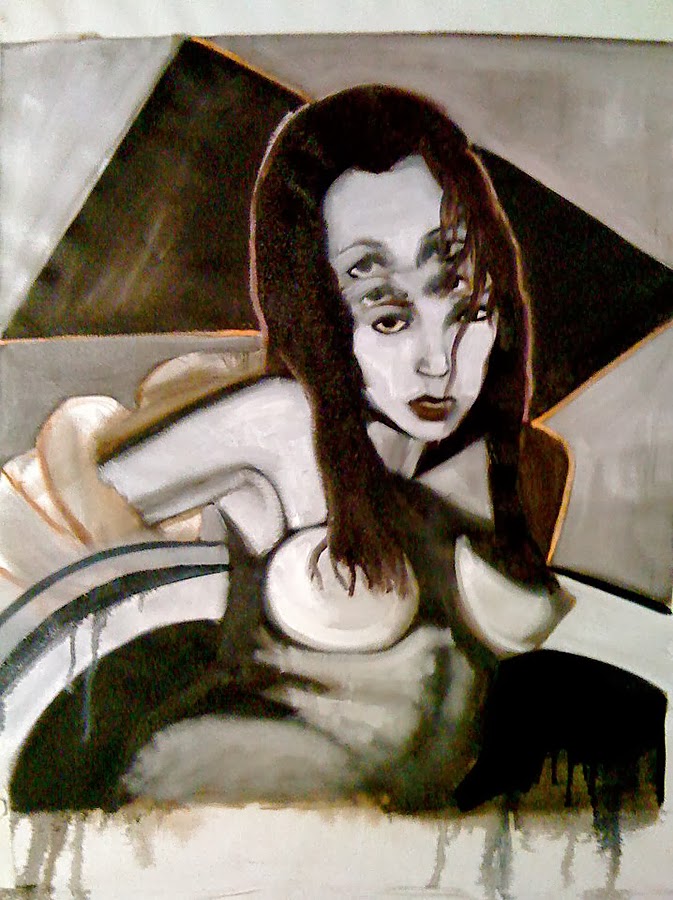 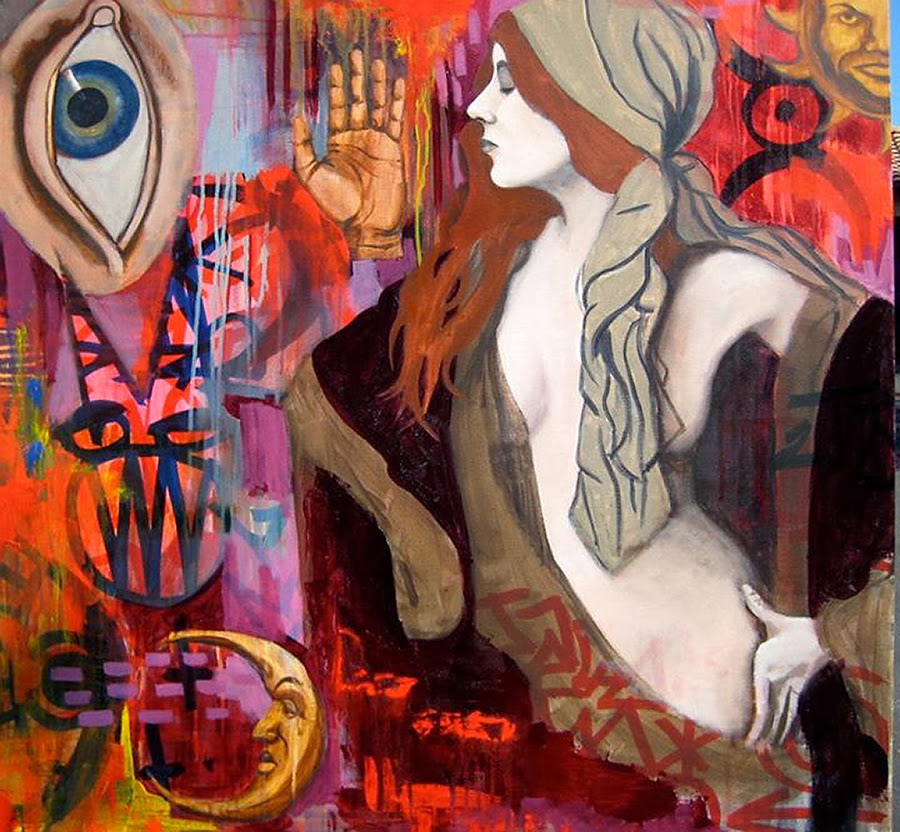 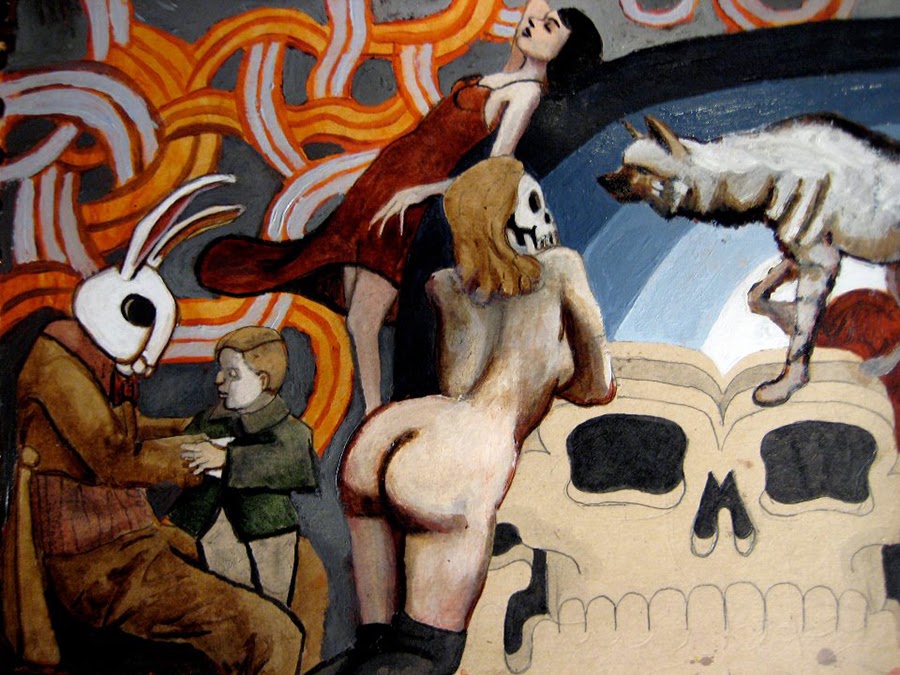 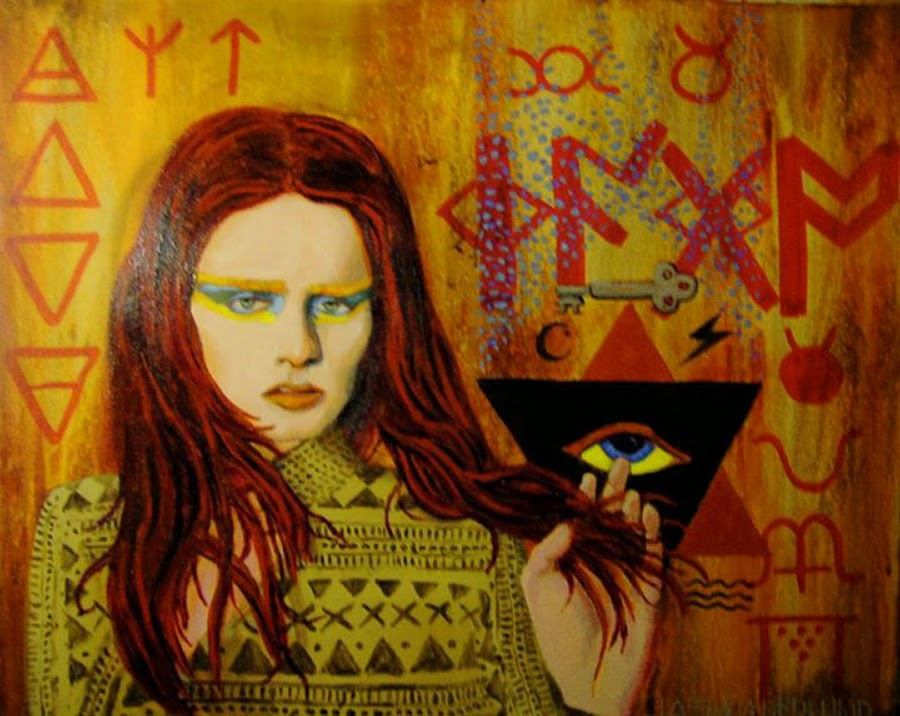 I also see a lot of symbolism in your work, both esoterica and in the use of animals. How does this imagery fit in your “vision” ?

I enjoy studying mythology as well as occultism. The idea of a hidden world within this one is fun to play with and good for the imagination. The animals that inhabit some of my paintings are walking the bridge between those worlds. They can also express our inner connection with nature. Animals don’t question their existence, their purpose is instinctual and they each belong to a larger whole. In mythology animals have many roles to play as gods and tricksters, or guides and protectors. 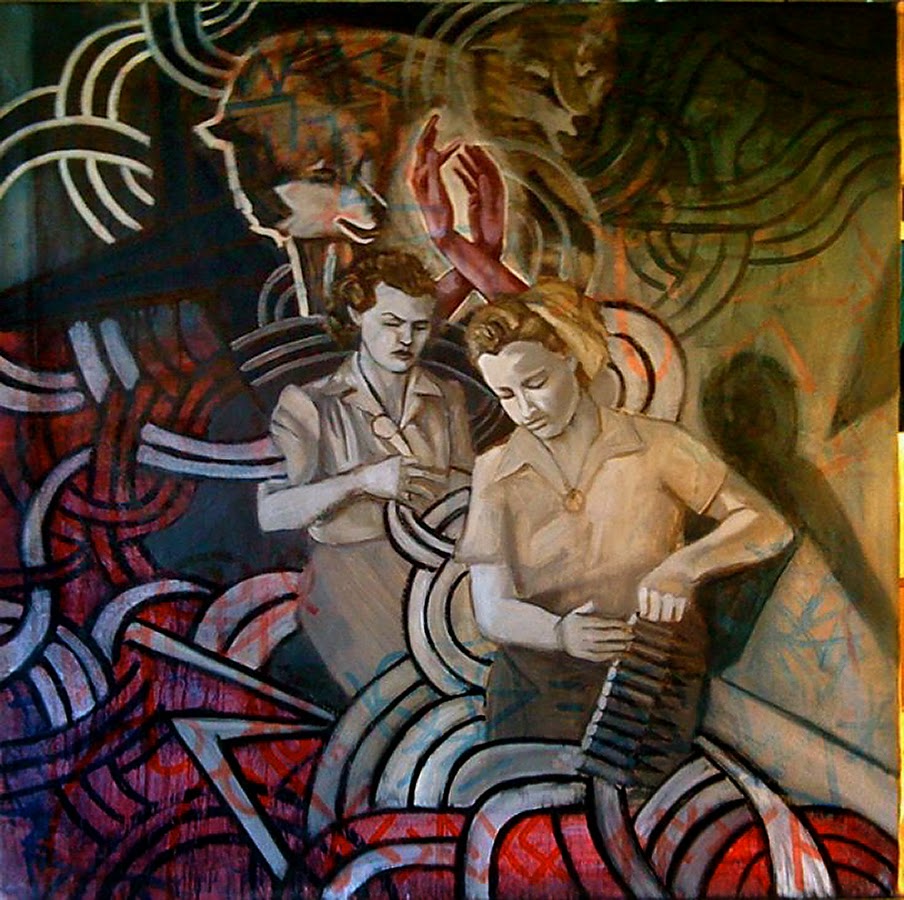 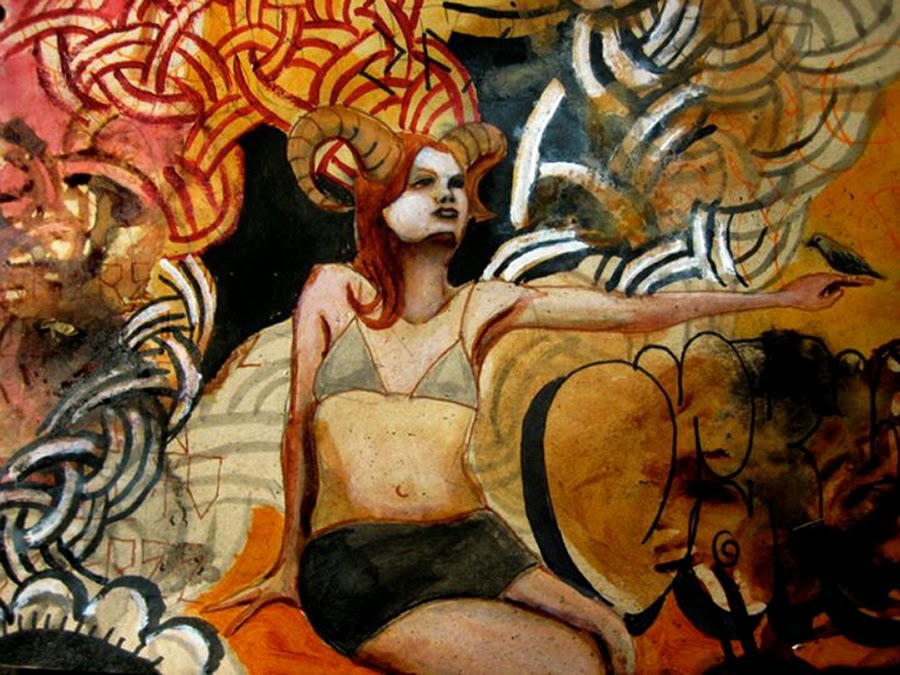 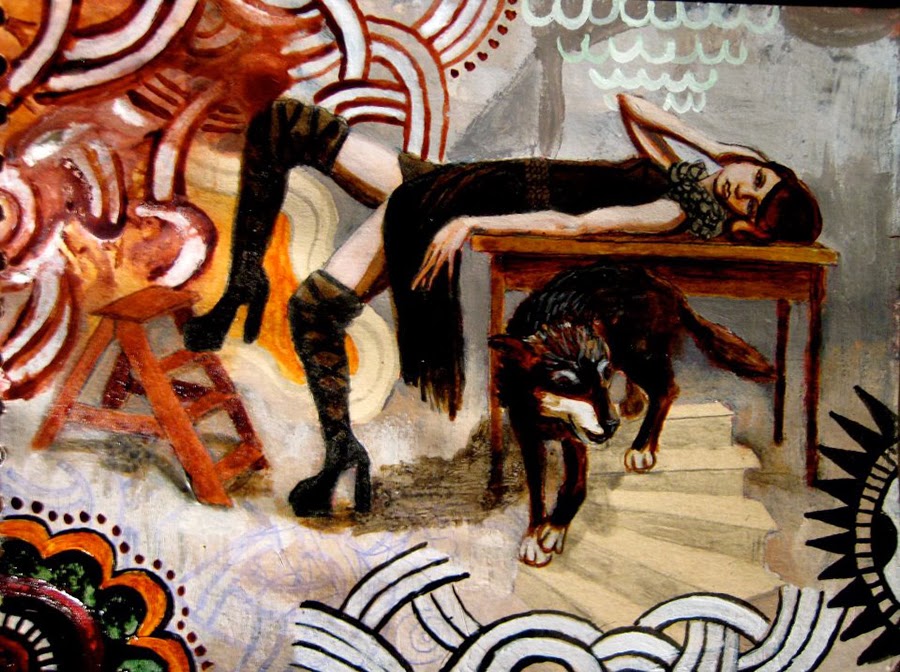 You work in a variety of media, do you have one in particular that you prefer to focus in/on, or do your ideas determine the materials you work with?

I prefer to work in oil paints but it really depends on the mood I’m in. Lately I have been doing a lot of pastel on paper. 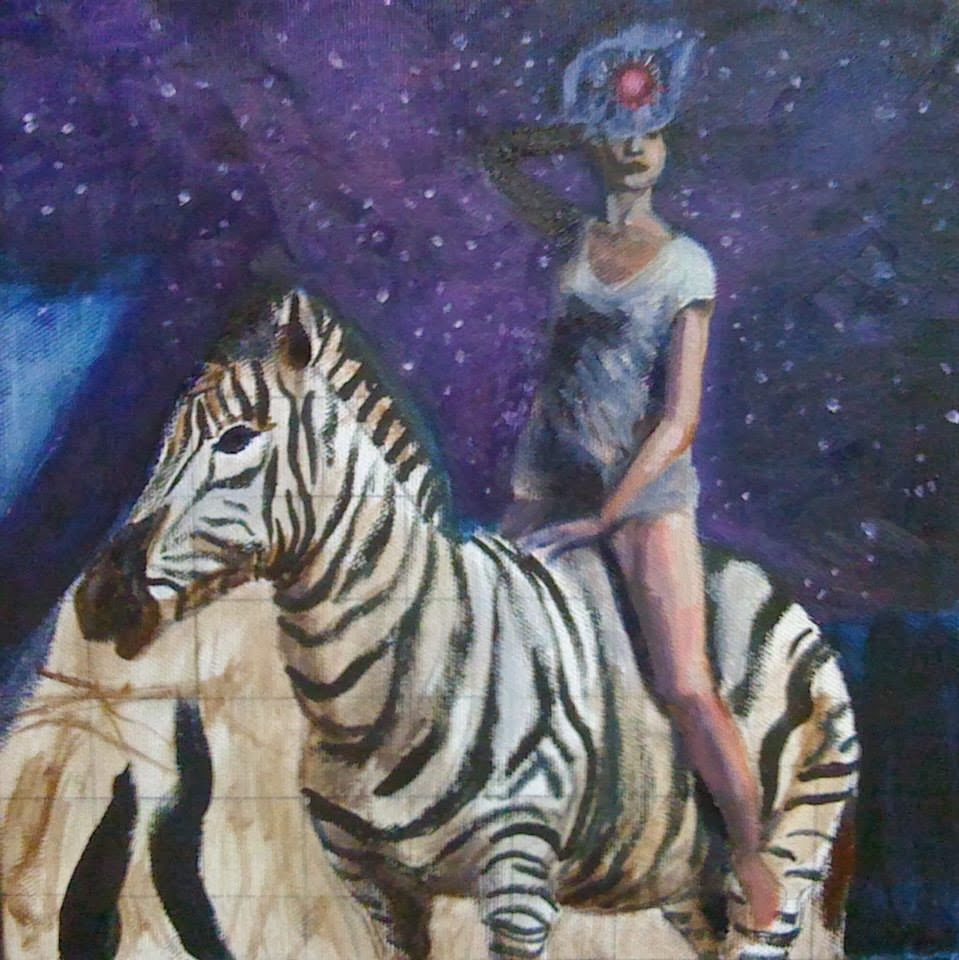 Bruno Fonseca was a huge inspiration when I first started to paint. He died of HIV in 1994 at the age of 36. Some painters from the past that inspire me are Caravaggio, El Greco, Auguste Rodin, Cezanne, Goya, Picasso, Aubrey Beardsley, Giacometti and Francis Bacon. I am currently enjoying works being done by Boo Saville, Razvan Boar and Alexander Tinei. 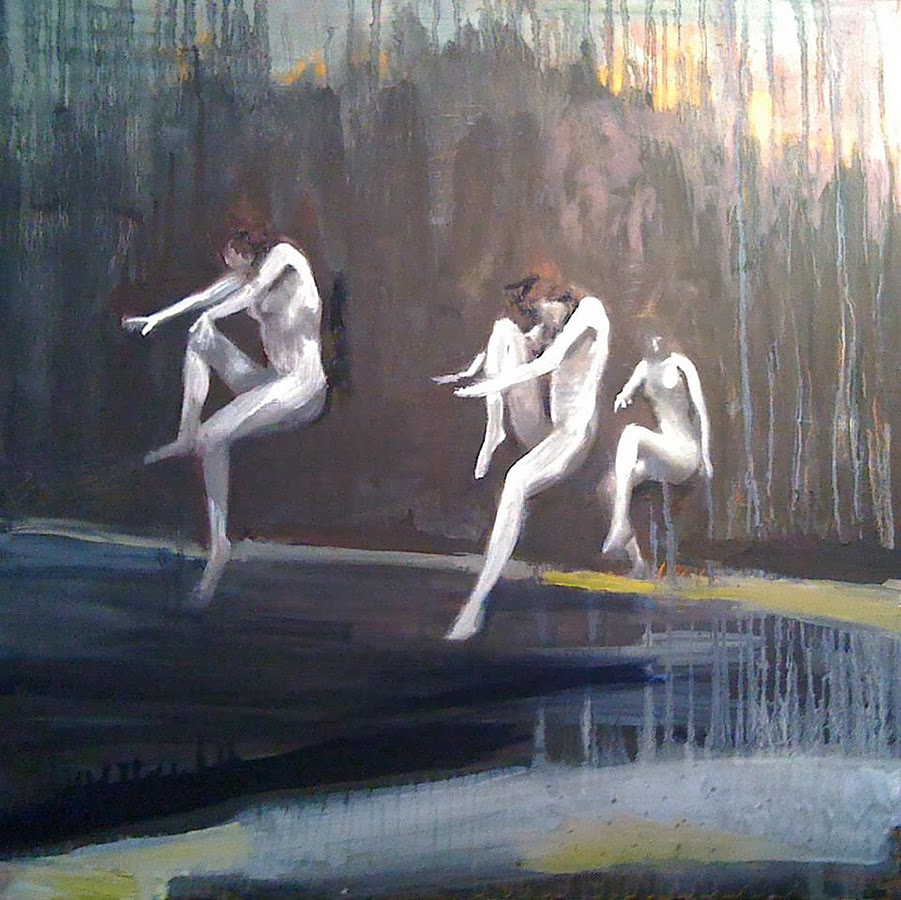 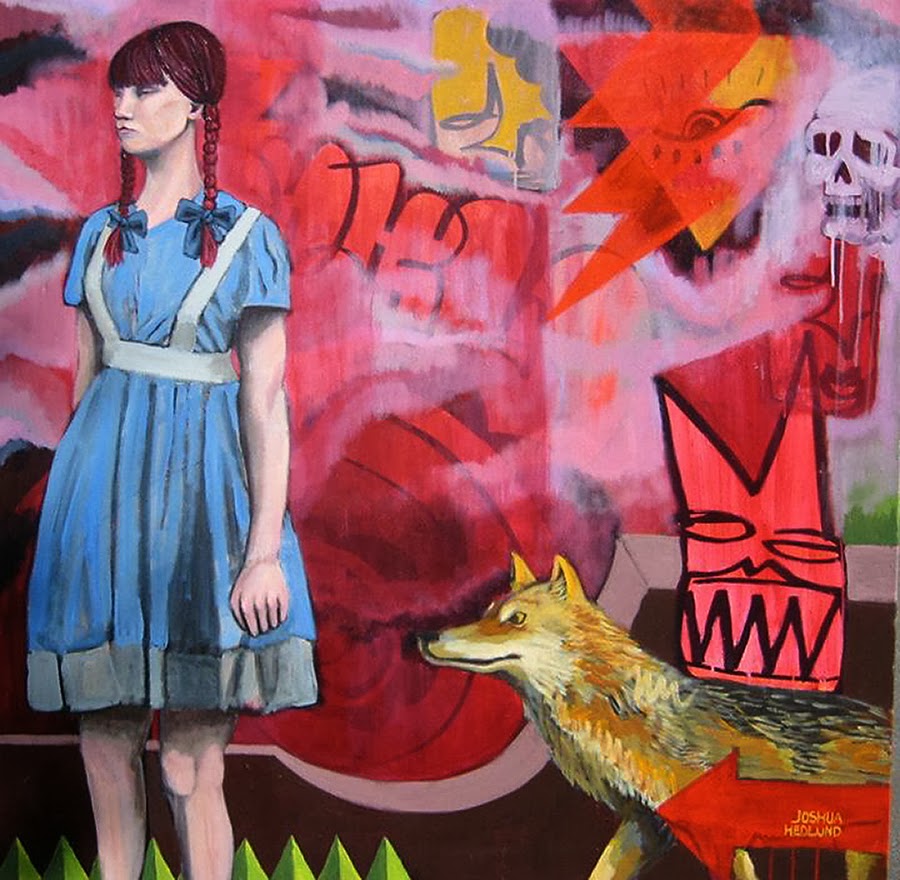 What directions do you see your work going in, from a creative aspect?

I see myself continuing to explore and learn more about this craft and narrowing down from the many directions that I have been going as a painter.