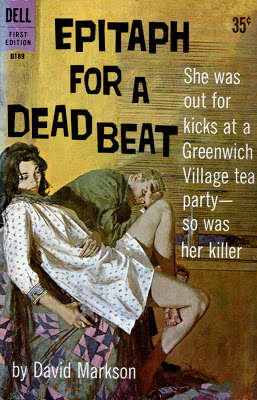 It was a dark and stormy night…

1. pulp – a publication, such as a magazine or book, containing lurid subject matter.

Robert McGinnis was born in 1926 and grew up in rural Ohio. He began to
show an interest in art at an early age and after leaving school in
1943 studied at the Academy of Commercial Art in Cincinnati.
His first paperback cover was done for the Dell Publishing Company in
1958: Al Fray’s “Built for Trouble”. Although
this was McGinnis’ first cover assignment, the first book published
with a Robert McGinnis cover was John Creasey’s “So Young, So Cold, So
Fair”, (Dell 985.)
Although his covers for crime and mystery books are probably best-known, McGinnis has also done numerous  covers in other genres including westerns, romance novels, historical novels and various movie and television tie-ins. 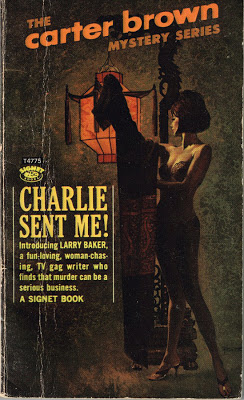 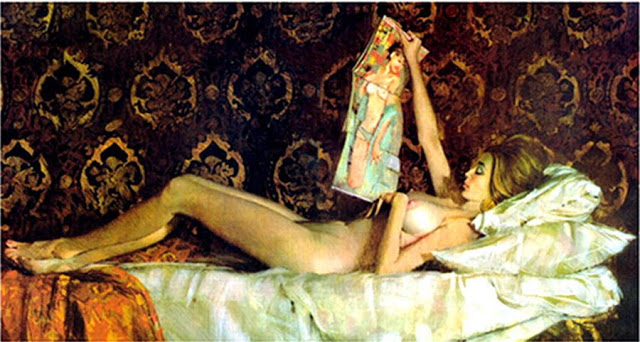 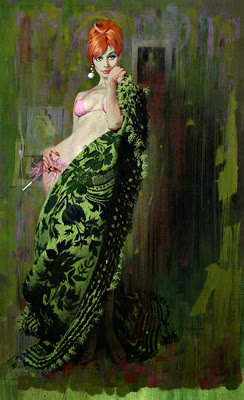 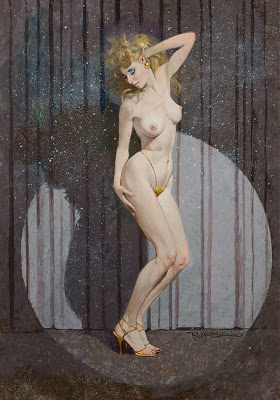 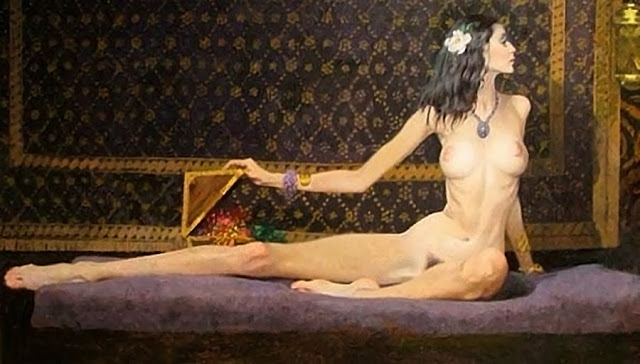 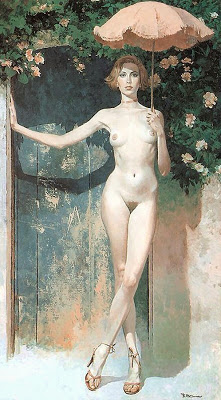 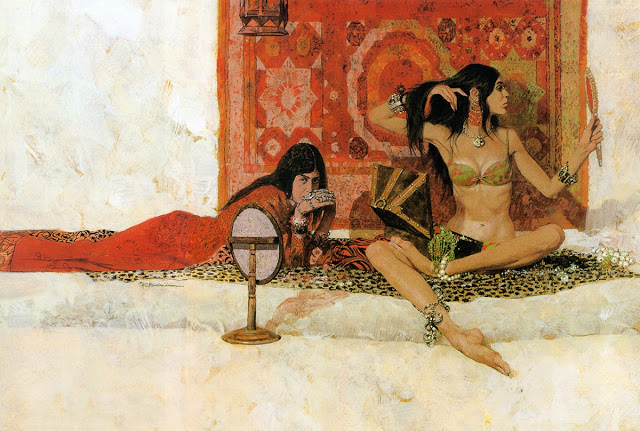 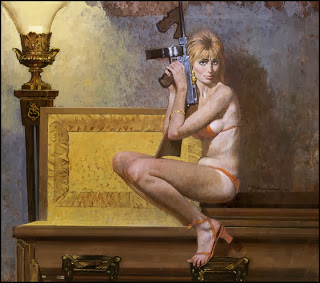 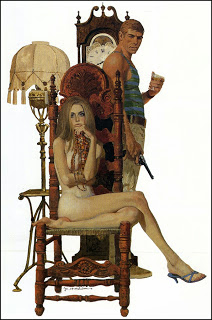 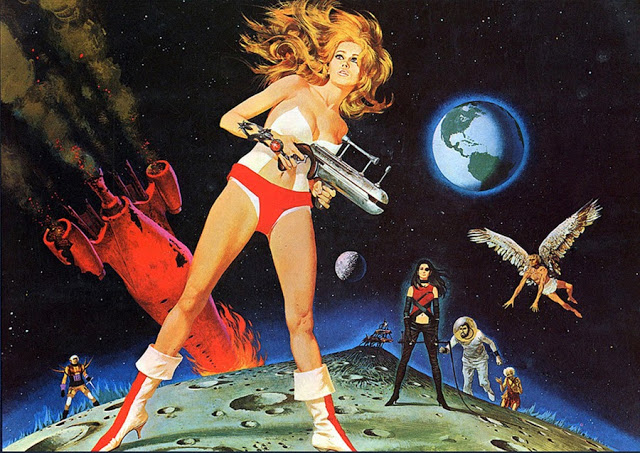 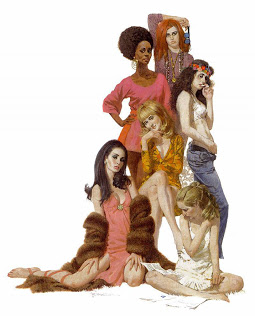 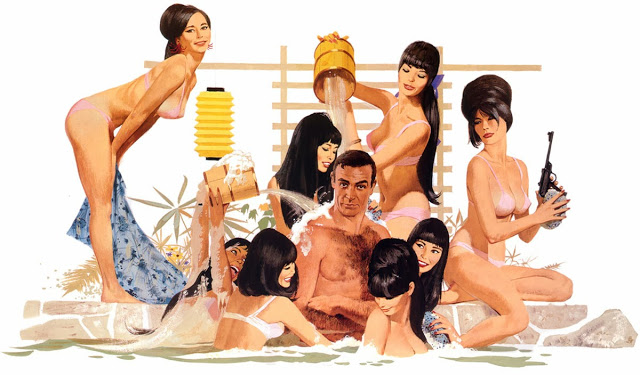 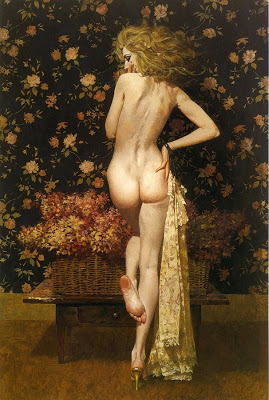 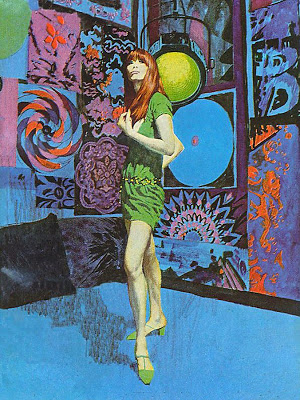 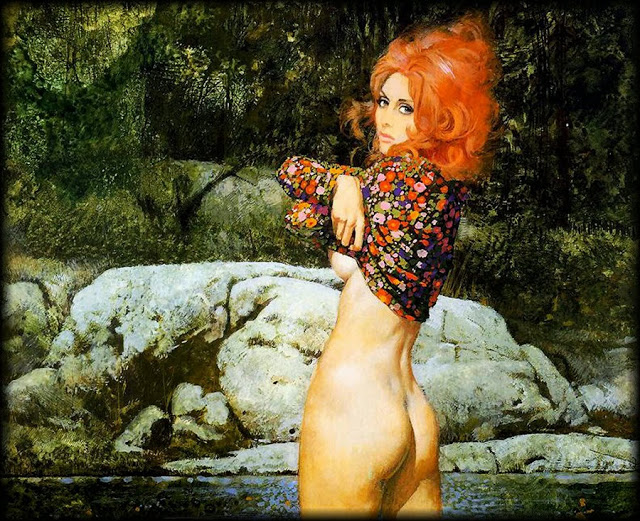 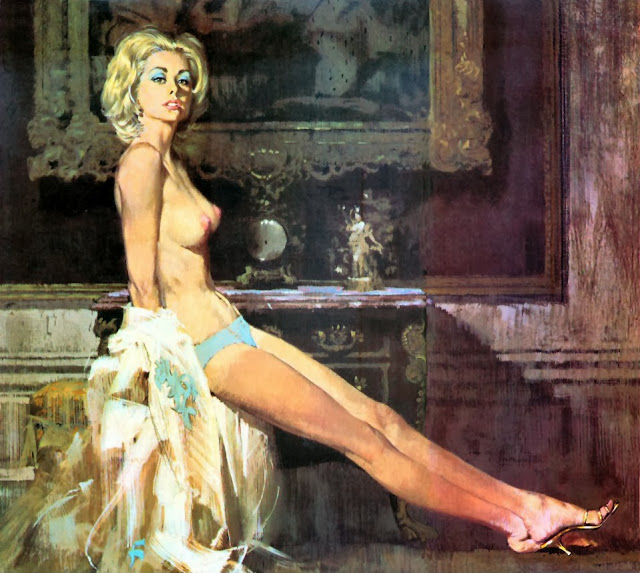 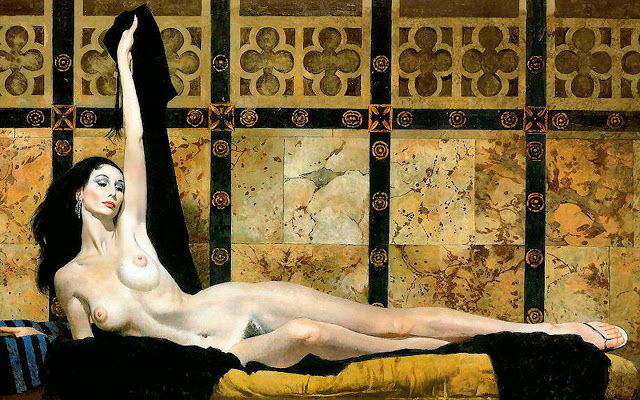 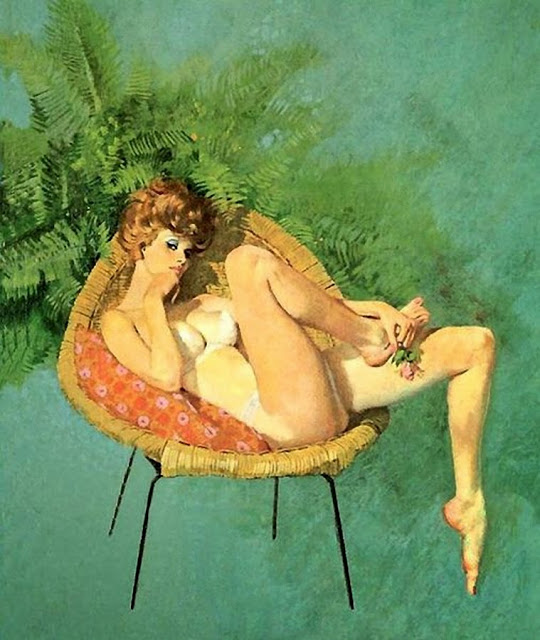 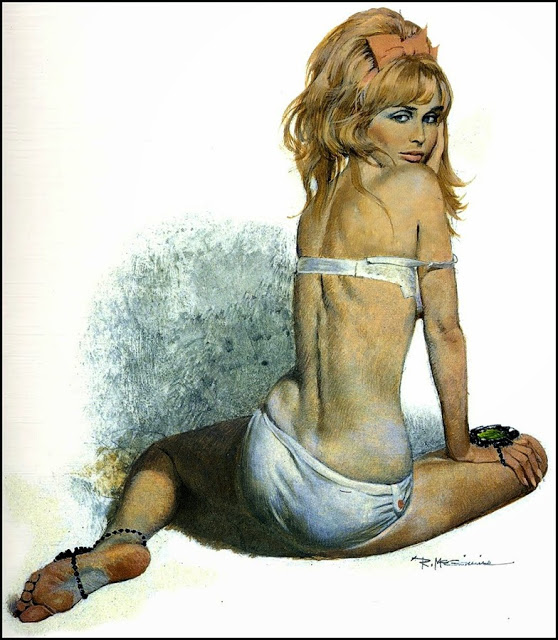 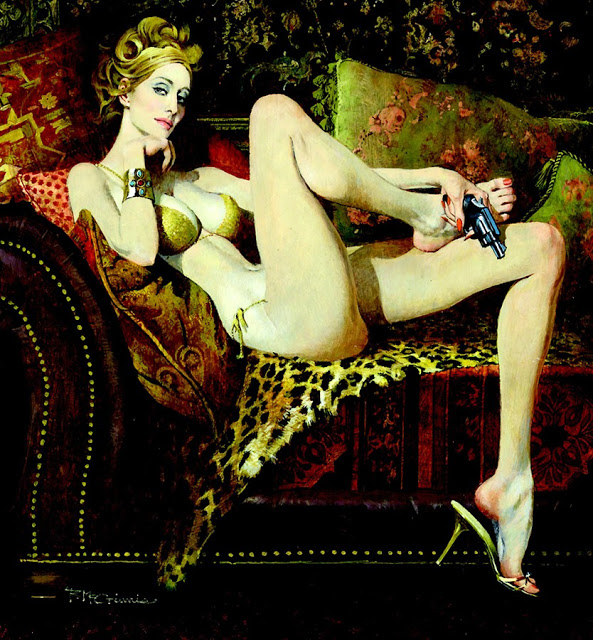 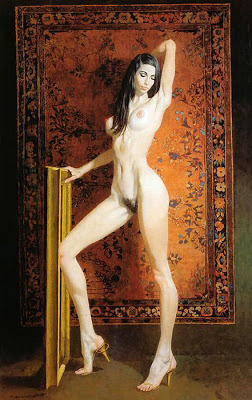 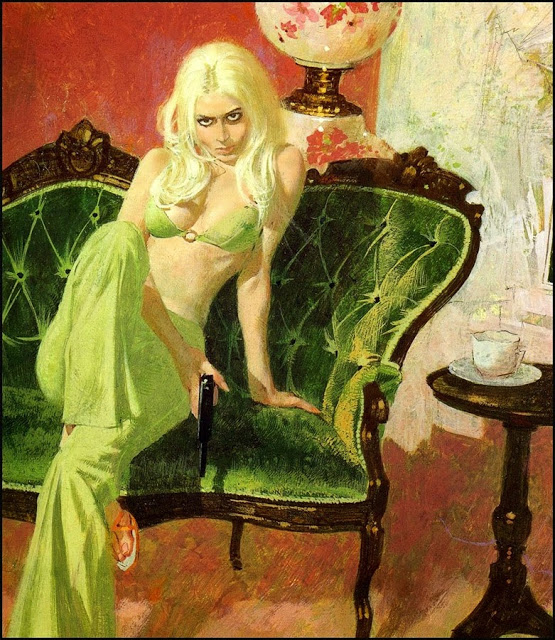