Born in Prague in December 1900, Karel Teige was an editor and graphic designer as well as the major figure of the Czech avant-garde movement “Devětsil”. Founded in 1920 the Devětsil had a loose focus on the corresponding surrealist and cubist styles that were popular in western Europe at the time, but they also embraced the Russian “Proletkult” (Пролеткульт)- radically modifying existing artistic forms with a new, revolutionary working class aesthetic which drew its inspiration from the construction of the modern industrial society in Russia. 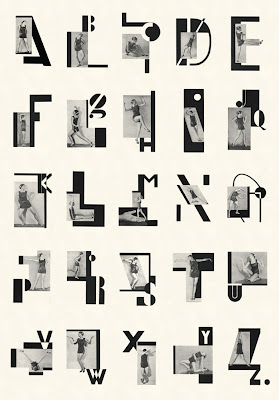 The Proletkult was born in the Bolshevik Revolutions of February and
October 1917. Most artists in the movement were influenced to a great
extent by the iconoclasm, technological orientation and revolutionary
enthusiasm bound up in the thematic movements of the day: futurism and
constuctivism. Despite a recognition of the classical arts, strong
encouragement was given to the use of new techniques and forms in
so-called “proletarian art,” particularly the use of photography and
collage.

But among those critical of the Proletkult
and its ultimate vision of a new proletarian culture was the Soviet
party leader Vladimir Ulyanov (Lenin). At a public speech in May 1919
Lenin declared any notions of so-called “proletarian culture” to be
“fantasies” which he opposed with “ruthless hostility.”
More
specifically, Lenin viewed it as “…an organization where futurists,
idealists, and other undesirable bourgeois artists and intellectuals
addled the minds of workers who needed basic education and culture.”
(Lenin
also may have had political misgivings about the organization as a
potential power base for his rivals, ultra-radical “Left Communists” or
the “Workers’ Opposition” dissidents.) 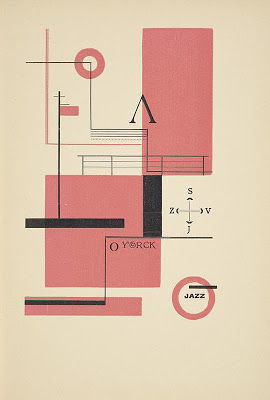 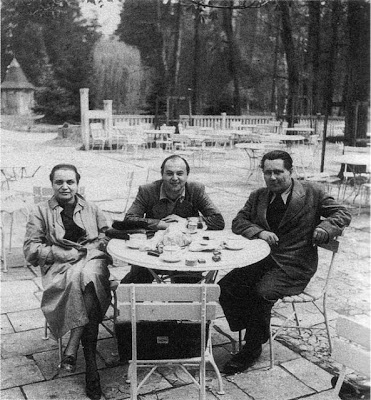 Teige became the spokesman for Devětsil in 1921, developing a principle that “every new, fresh art is necessarily a reaction against the previous one”. This new orientation was enhanced by his visits to Paris in 1922 and his interactions with the artists there, including Constantin Brancusi, Pierres Albert-Birot and Man Ray. He read voraciously and broadened his travels through the early 1920’s to gain a first hand knowledge of
the ongoing cubism, surrealism and Russian
constructivism movements, visiting all the major Russian and
European cities to foster personal
relationships with the artists at their forefront.
Teige was published in the German expressionist journal Die Aktion,
collaborated with Le Corbusier and Walter Gropius and gave lectures at the
Bauhaus; while his influence in his own country was considerable, Teige was truly a part of the international modernist movement.

By 1924 Teige had embraced Russian constructivism, and that same year the “picture poem” was developed with Jaroslav Seifert. This quickly became a popular form among the
Devětsil artists, and optical poetry developed into a new lexical
standard. Picture poems involved the typographic arrangement of poems combined
with collage and photomontage, and were easily mass produced and distributed: a combined set of properties which were regarded by the Devětsil as a new system based upon the visual and tactile
rather than verbal character. Teige and Seifert held
that this new nonverbal sign system would reawaken the senses so that in
the future socialist society one could fully enjoy all sensory effects.
Their envisioned society would abolish the division of labor and end art as a
specific sphere of activity; art would comprise all human activities,
even sports, gardening, or cooking. 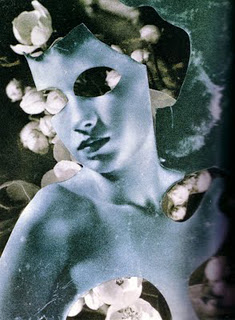 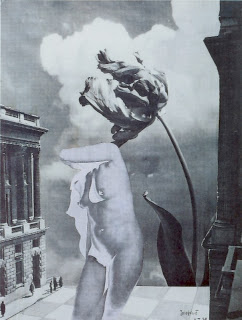 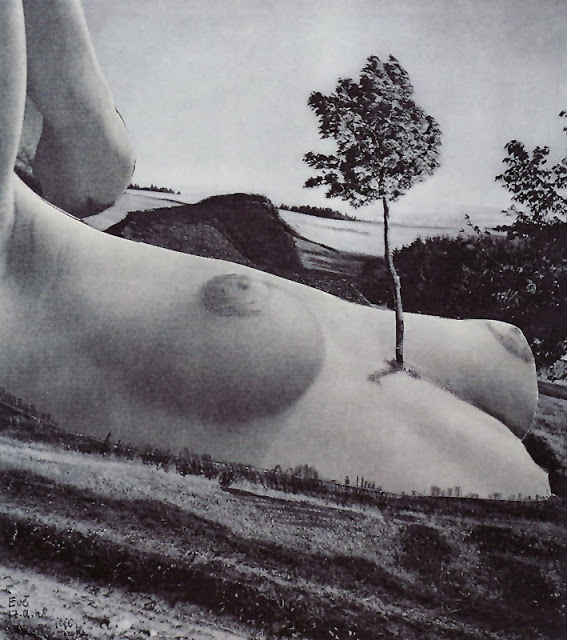 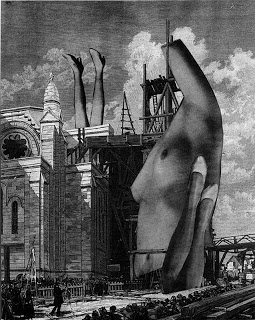 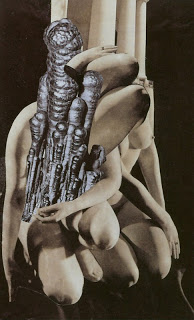 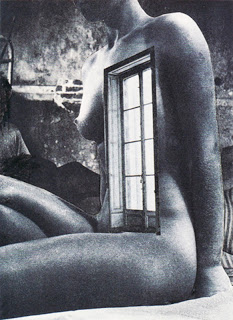 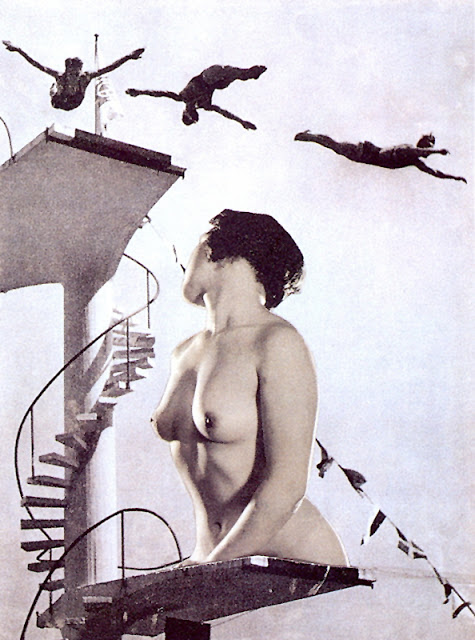 Teige explained this transformation of language into visual
art by relating it to the rise of photography, film and new developments
in book printing and he incorporated all of these elements into his
works. He soon asserted the loss of the autonomy of painting, replacing it with the poster and the picture poem,
and as the medium evolved it became more complex: Teige began writing
film scripts and using the dissolve technique as a way of poetically
morphing objects into other objects. 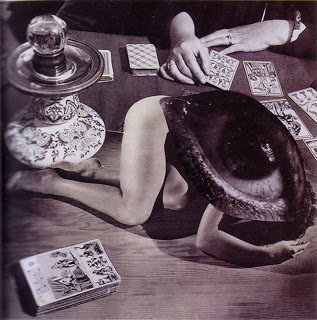 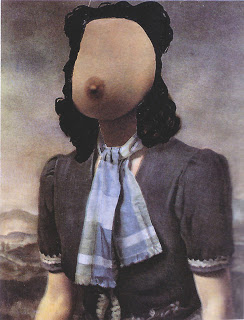 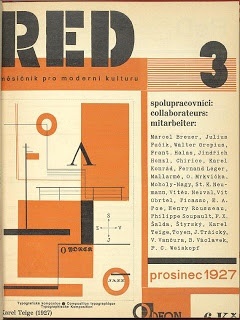 The spring of 1927 saw a rise of a fairly forceful critical wave in the Czech press disclaiming Teige and the movement as obsolete and exhausted, but that autumn a new Devětsil forum appeared: the monthly magazine “ReD”, whose name was coined as an abbreviated form of Revue Devětsil. This immediately marked the journal as a Marxist view of their new “cultural epoch”: although he never became a member of the Communist Party Teige was a
committed Marxist all his life. Published from 1927 to 1931, the content of the magazine was chiefly determined by Teige, and he edited and designed all three volumes. The introductory declaration of ReD emphasized both its continuity with the Devětsil program -shaped by Teige’s concept of the tension between constructivism and poetism- and the prevailing interest in an universal modern creativity which could encompass all spheres of contemporary life.
Still, Devětsil gradually went into decline and the movement officially discontinued its activities in 1930 although ReD continued publication for a few more months. Political conflict had forced Teige to take more of a back seat in public
life, but he maintained his work in the collages and picture poems. 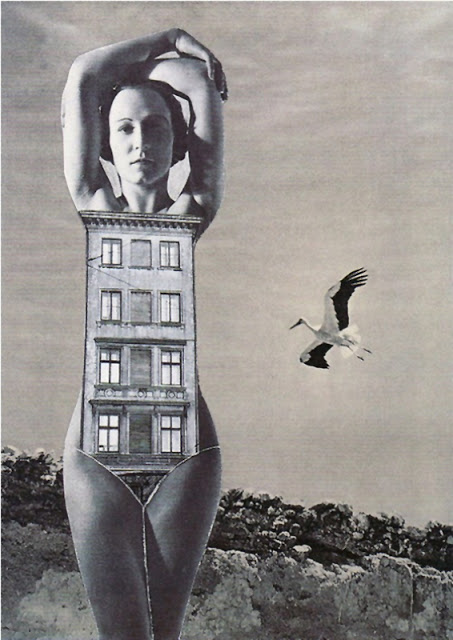 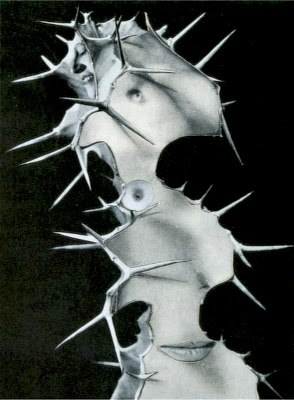 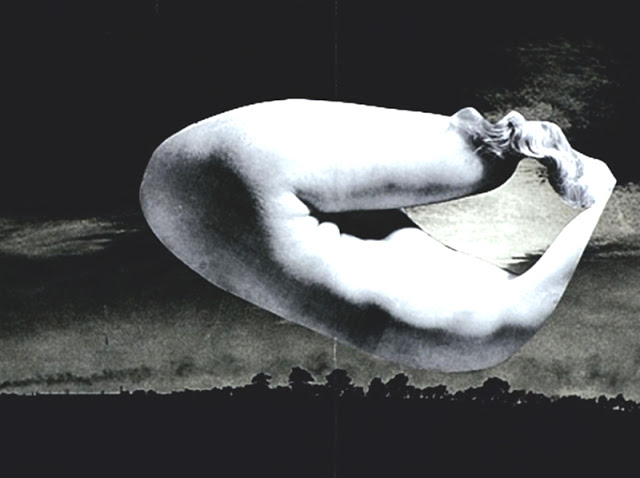 In 1939 Czechoslovakia was invaded by Nazi Germany, and
Hitler’s stated goal was to eradicate Czech nationality through
assimilation, deportation, and extermination of the Czech
intelligentsia. Teige was forced into an internal exile, but he
continued his work which by now had begun to develop an erotic edge in
combination with his socialist political ideals. In “L’Enfant Terrible of the Czech Modernist Avant-Garde”
(Eric Dluhosch / Rostislav Švácha: MIT Press 1999), Vojtěch Lahoda
writes “…It may be said that Teige tried to realize in his collages
the utopian idea of the metamorphosis of the new man – that is, a social
and ideally conceived communist transformation of such a man – going
hand in hand with an erotically conceived metamorphosis of landscape and
architecture.” 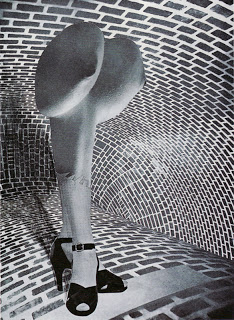 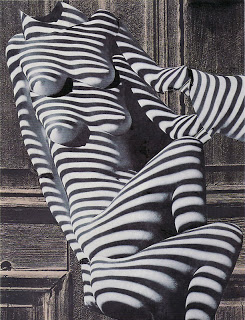 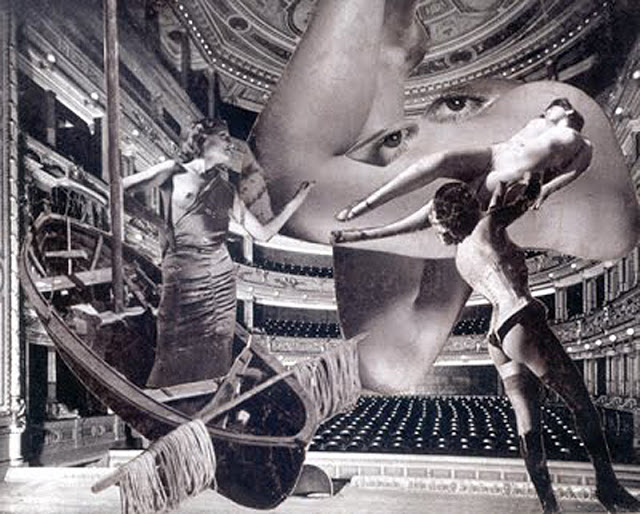 At the end of the war in 1948 Teige joined his countrymen in welcoming the Soviet army as liberators. Although he was first
hailed as a progressive, the new Communist government soon proved that they were equally adept at silencing dissent and the connections between Devětsil and the now disavowed  Proletkult were not forgotten. He had also loudly criticized Joseph Stalin’s leadership of the USSR (CCCP) and he was soon denounced for not toeing the party
line. Forbidden to publish or organize “artistic activities”, he was labeled a ‘Trotskyite
degenerate,’ his papers were destroyed by the secret police, and his
published work was suppressed for decades. In 1951 he died of a heart attack, said to be a
result of a ferocious Soviet press campaign against him. 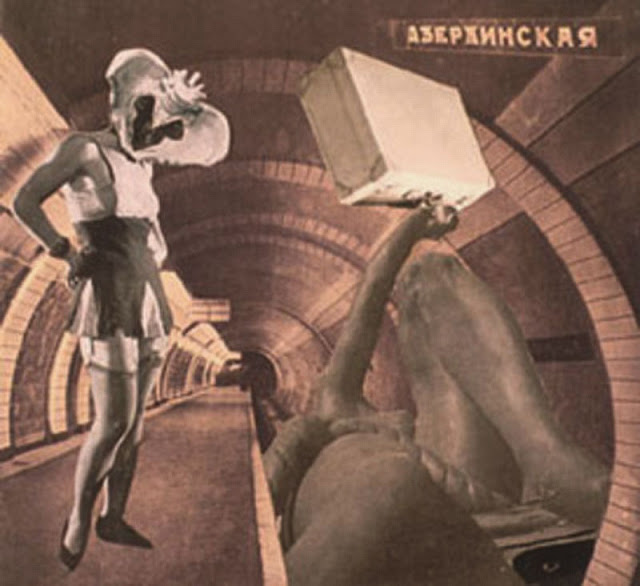 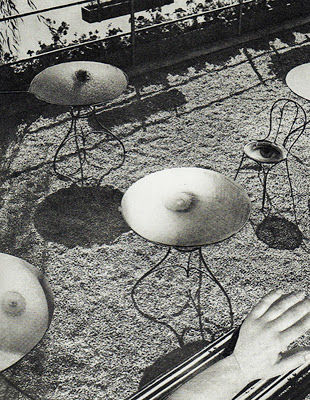 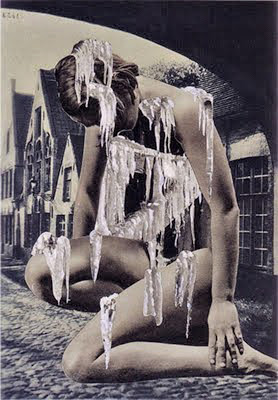 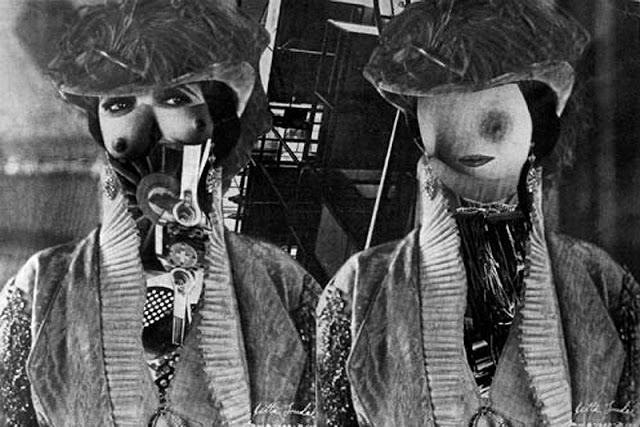 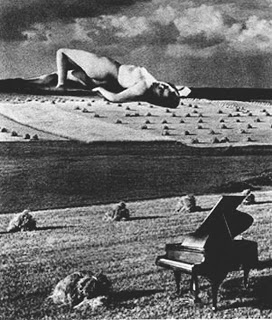 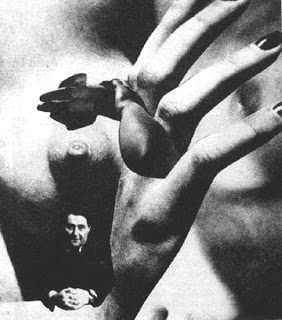 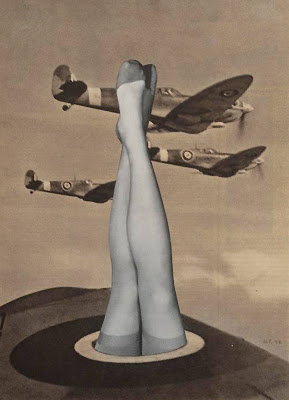 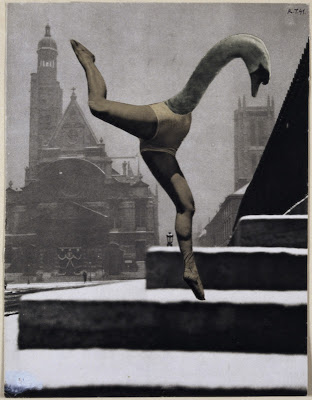 Since
the the “velvet revolution” of 1989 the
legacy of Karel Teige has been revived not only in Prague, but also in Western Europe
and the United States: he was among those powerful figures of modernism who believed that their beliefs could change the world, subverting moral and artistic values in the cause of what he hoped would be a better society and finally being crushed by those who – at first sight – also appeared to be working for a better society.