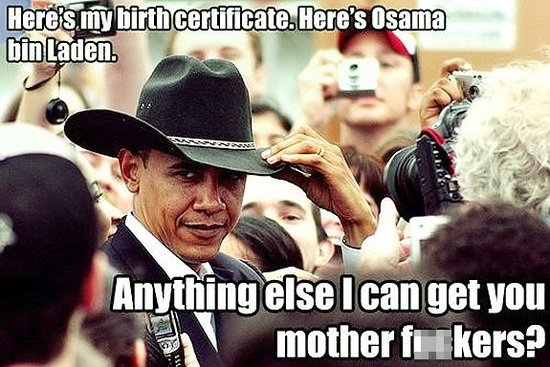 from the Broward-Palm Beach New Times article “Why Obama was wrong” on releasing the Bin Laden death photos. Which, as an occasional  freelance journalist, I agree with to a certain extent. But the other 90% of me simply keeps humming “…ding dong the witch is dead…“.

Now it’s time to send his flying monkeys to hell. Because I always hated those fucking monkeys too.
Congratulations to the President, the intelligence sources at the C.I.A. (never thought I’d say that) and especially to the United States Navy S.E.A.L.S.