Mario Casilli attended the Cleveland Institute of
Art at the young age of 14. After school he served in the Navy, later moving to Hollywood where he worked at Paul Hesse Studios.
After four years he opened his own studio and embarked on a long, distinguished career. He photographed celebrities for a diverse range of publications from TV Guide to Playboy: his photographic style is considered to have defined commercial photography of the 1980s.
In his later years Mario taught at the Art Center in Pasadena and continued
shooting, maintaining a studio in Southern California until he passed away in 2002.
This shoot was done for the March 1968 edition of Playboy Magazine. 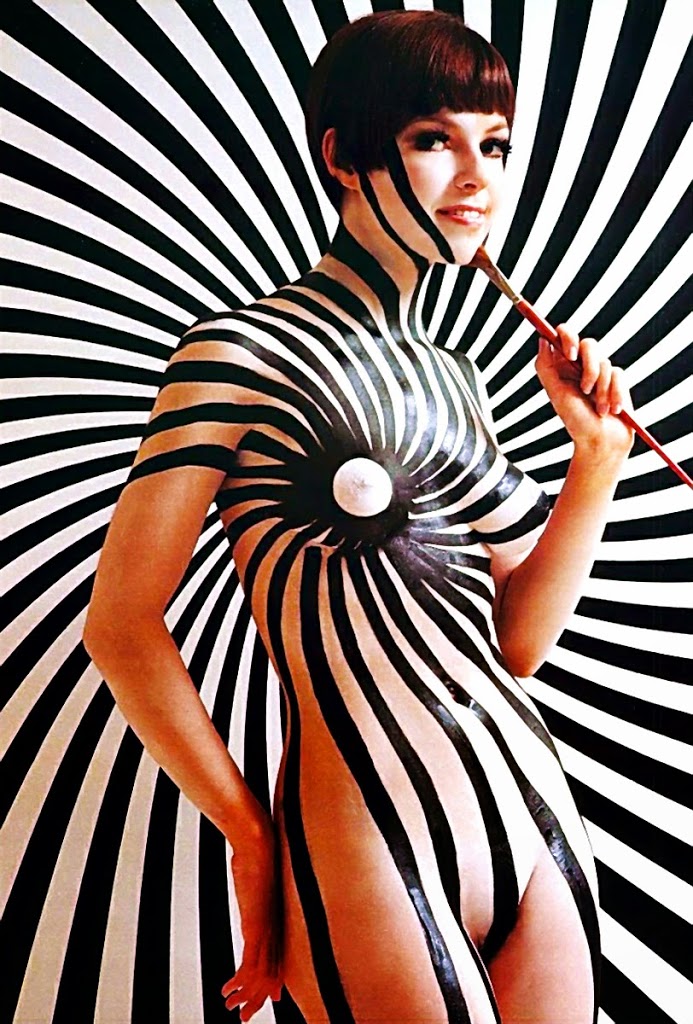 Playboy presents a fresh twist on the provocative art of body painting:
how to tell a bird by her plumage:

“SOMETIME in the mid-1960’s, an imaginative West Coast hippie reproduced her trip in colorful, mystic designs on face, feet and torso. Faster than you can say commercialization, scenes as dissimilar as middle-aged Long Island parties and the East Village’s Electric Circus were filled with psychedelic epidermis, and today you can buy a cute little bucket of Coty Originals Body Paint in almost any Iowa drug store.
On these six pages, West Coast PLAYBOY photographer Mario Casilli spoofs the fad by showing the images nine different girl types might fashion on themselves to illustrate their vocations or avocations. ‘As with all great art,’ Mario deadpans, ‘the crucial thing in body painting is to envision the beauty beneath the surface’.” 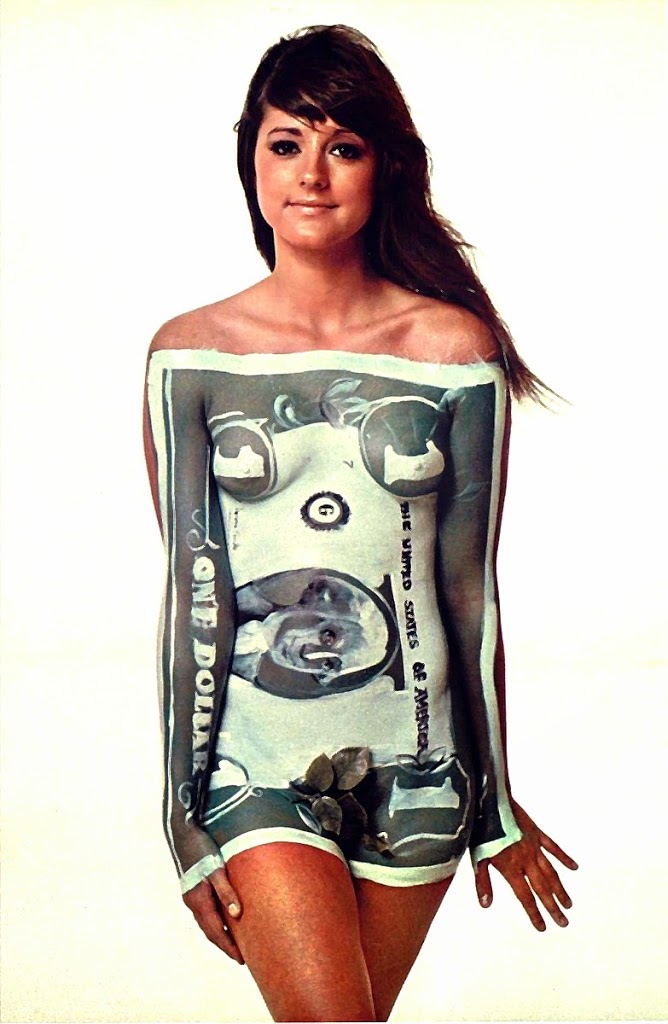 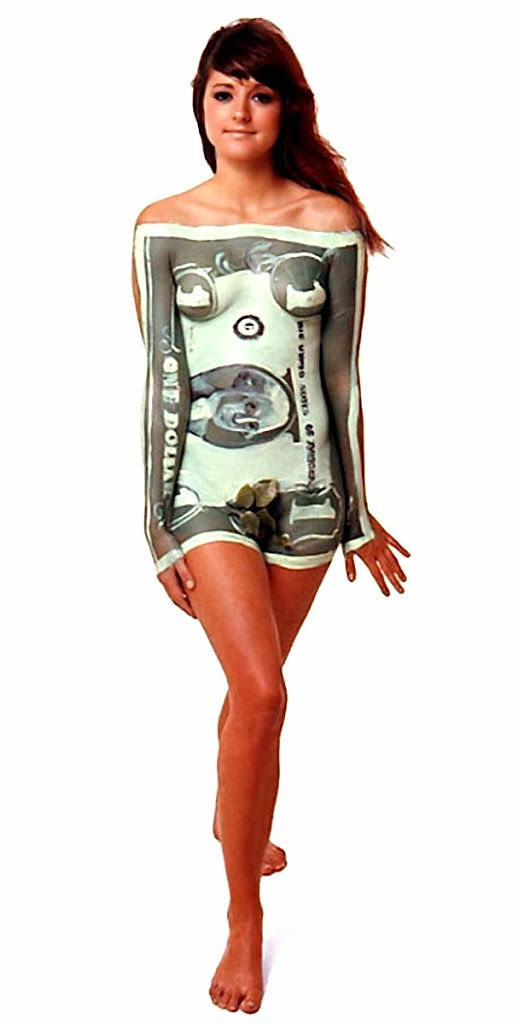 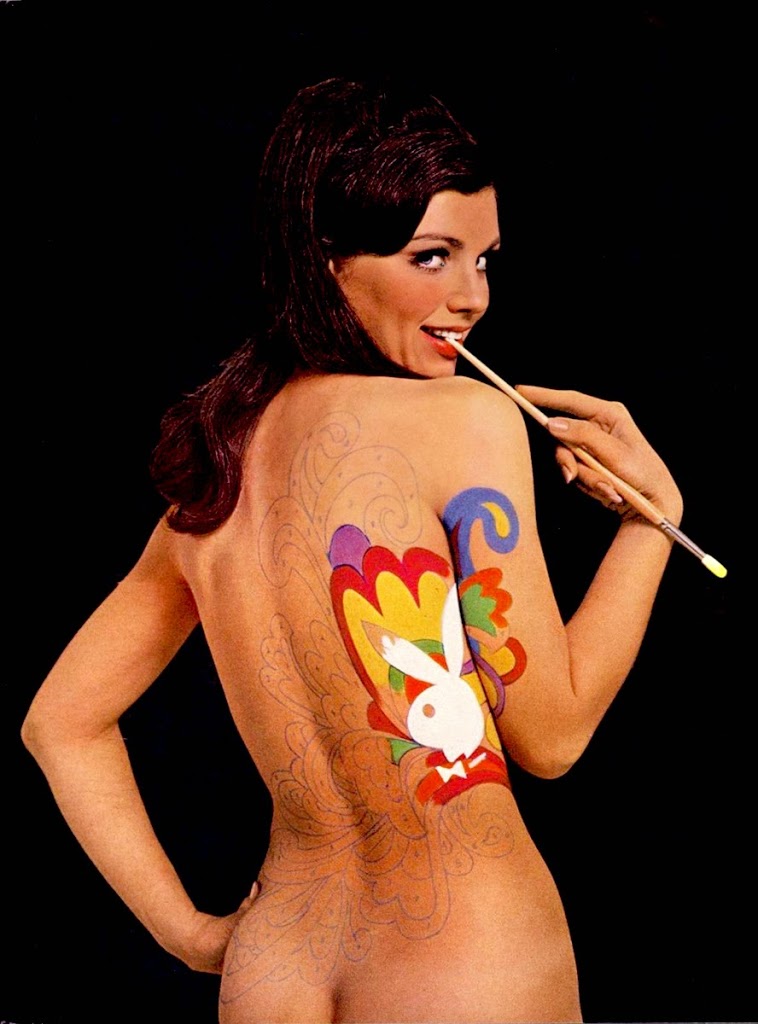