Born in Dallas, Texas in 1966, Ron English is often referred to as “The Godfather of Street Art”. He has been called “…one of the most prolific and recognizable artists living”. He is often credited as being a catalytic figure in the advancement of street art away from traditional graffiti and into trompe l’oeil based art and the decorative, narrative murals seen today. 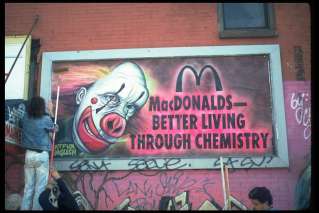 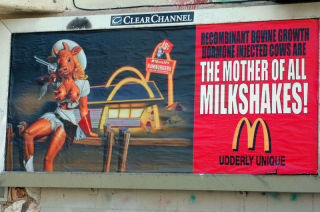 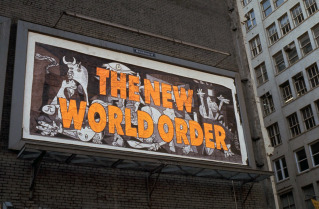 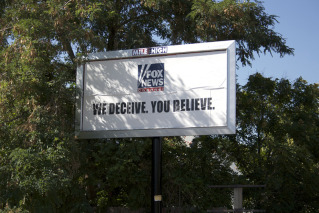 Creating illegal murals and billboards that blend dazzling visuals with biting political, consumerist and surrealist statements, English has hijacked public space worldwide for the sake of art. He began painting billboards in the early eighties and soon progressed to murals on such unlikely targets as the Berlin Wall in 1989, the Palestine Wall in 2007, and the US-Mexico border in 2010. His reputation for masterful and enduring murals has earned him invitations to create officially sanctioned pieces all over the world, most recently in London for the 2012 Olympics, in Stavanger, Norway for the Nuart Festival, and as the featured grandstand artist for Denmark’s Roskilde 2013 Music Festival. Even though his billboard messages disappeared quickly, English hopes their impact on people’s perceptions exceeds the length of time they lasted. 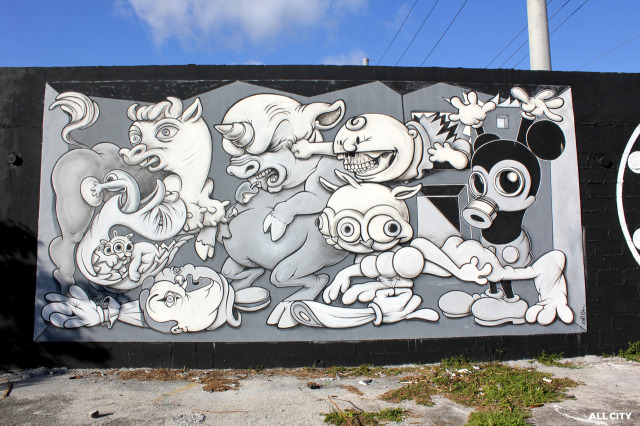 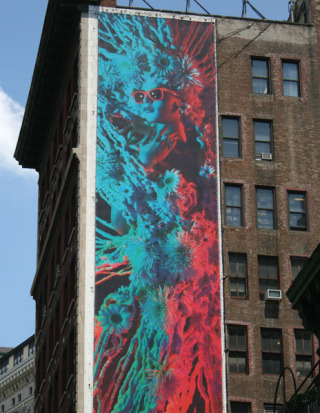 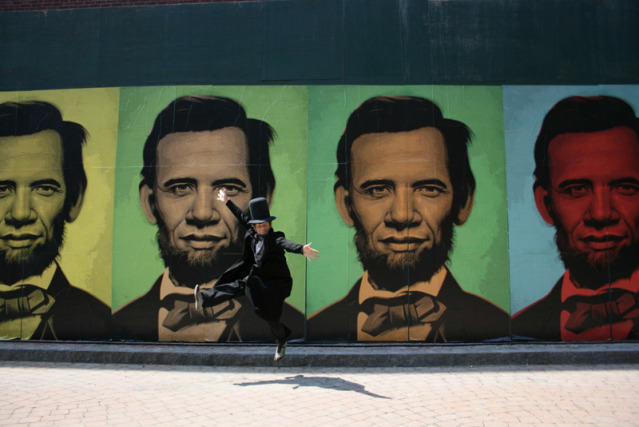 Ron English believes that life and art are closely intertwined. His paintings combine elements of Pop and Surrealism. His artistic approach is viewed as risky and provocative, yet fresh and exciting.
As a gallery artist, Ron English is represented in New York City, Los Angeles, London, Paris, Rome, Singapore, Seoul, and Hong Kong. Primarily working with oil on canvas, he is as well-known for his stunning technique and inventive use of color as he is for the unique cast of characters he has created. 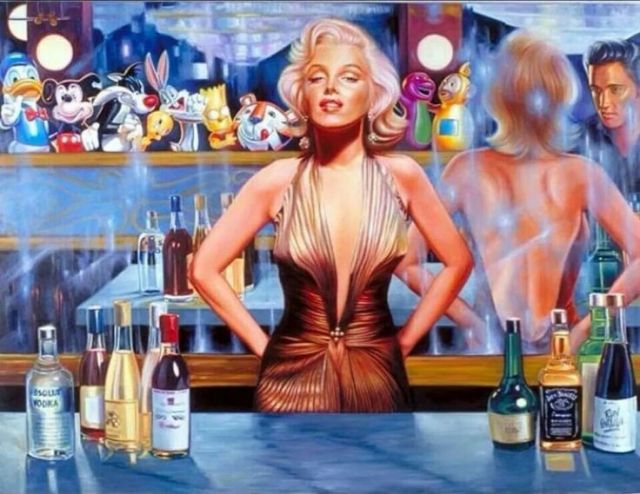 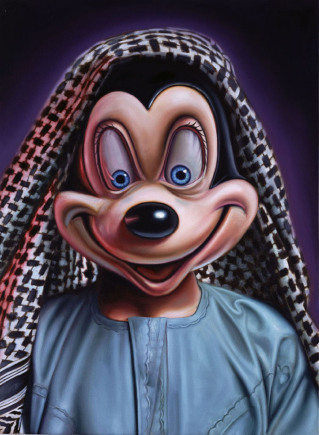 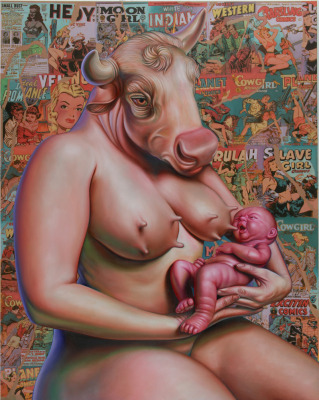 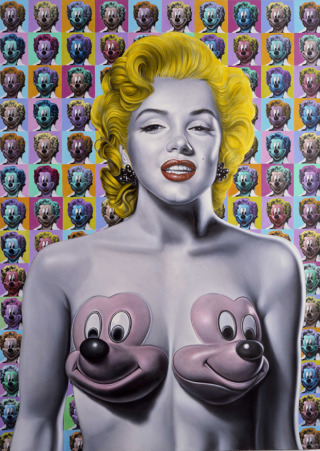 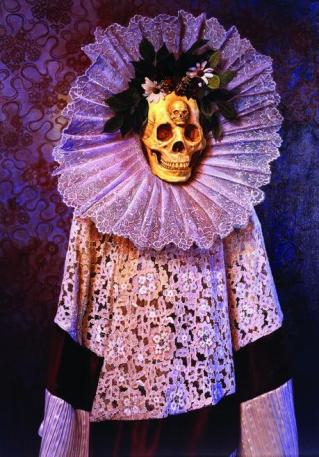 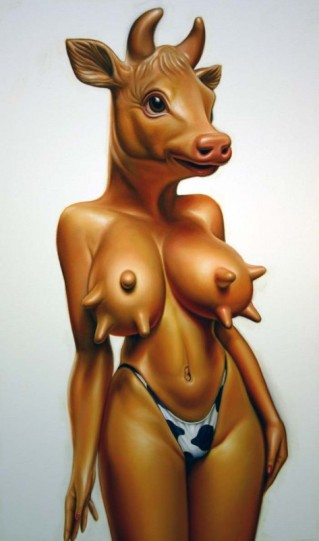 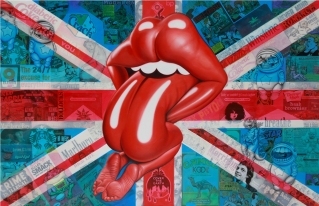 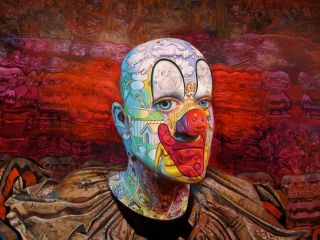 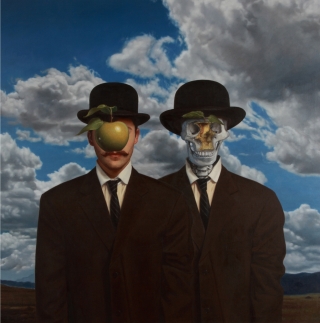 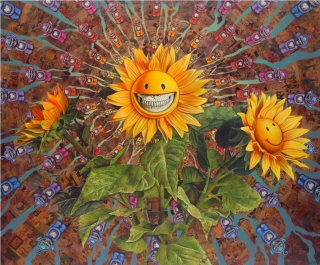 English coined the term POPaganda to describe his signature mash-up of high and low cultural touchstones, from superhero mythology to totems of art history, populated with his vast and constantly growing arsenal of original characters. These include MC Supersized, the obese fast-food mascot featured in Morgan Spurlock’s documentary Supersize Me, and Abraham Obama, the fusion of America’s 16th and 44th Presidents, an image widely discussed in the media as directly impacting the 2008 election. 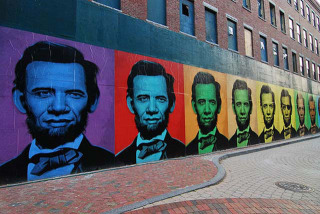 Picasso’s giant painting Guernica is a regular inspiration, and in 2006 Ron painted an interpretation even larger than the original at the Station Museum in Houston, USA. This piece, entitled Grade School Guernica, Ron reproduced as a print edition. Another homage, Graveyard Guernica appeared in Ron’s 2011 solo exhibition Skin Deep at Lazarides Rathbone. In 2007 Ron painted Palestine’s West Wall alongside fellow street artists Banksy and Swoon.

He has provided LP artwork for rockers Slash and The Dandy Warhols, plus designed a vinyl toy line Dum English with RnB singer Chris Brown. In 2012 Ron English appeared as himself on The Simpsons cartoon, as Bart’s graffiti mentor in the episode Exit Through the Kwik-E Mart. He recently moved from New York to Jersey City in protest at high studio rental prices. 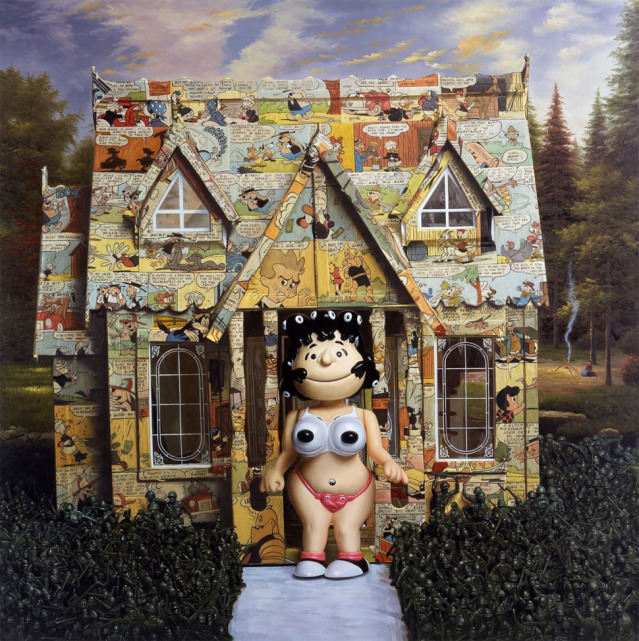 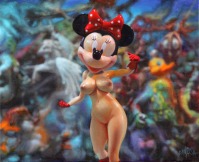 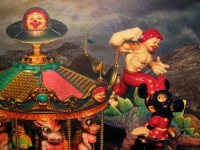