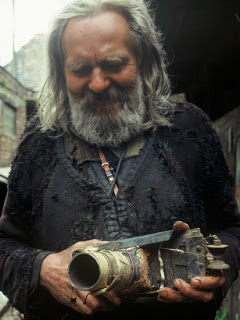 Miroslav Tichý was born in 1926 in the village of Nětčice, part of the town of Kyjov (now South Moravian Region), Czechoslovakia. An introverted child, he did well in school and went on to study painting at the Academy of Fine Arts in Prague, working in a style reminiscent of Josef Čapek. After the Communist takeover of Czechoslovakia in 1948 students at the Academy were required to work in the Socialist mode, drawing workers in overalls rather than female models; Tichý refused, stopped working and quit the Academy.

When he returned to Kyjov he lived with his parents on a small disability pension, painting for himself in his own style. The Communist regime saw Tichý as a dissident and kept him under surveillance; attempts were made to “normalize” him by admitting him to the State psychiatric clinic to keep him out of the public eye. 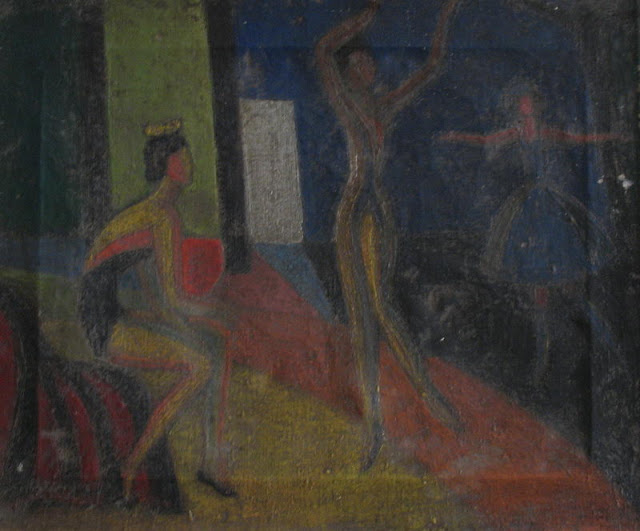 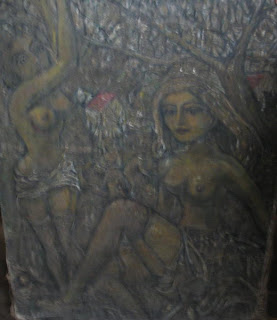 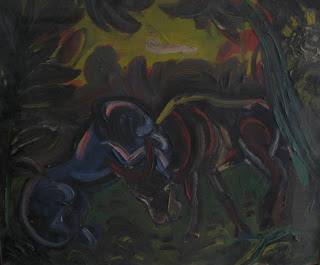 By the 1960s he had begun to disregard his personal appearance, wearing a ragged suit and letting his unkempt hair and beard grow long; about this time he began to wander around town with an intentionally imperfect homemade camera, taking clandestine photographs of local women. 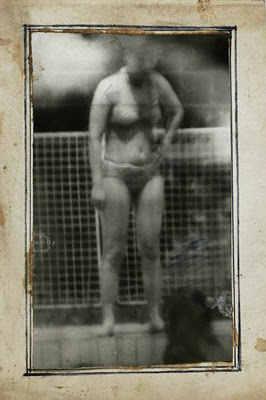 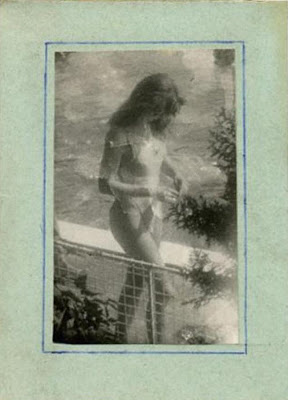 Following the 1968 Soviet occupation of Czechoslovakia private property
was nationalized; in 1972 Tichý was evicted from his studio, his work
thrown into the street. He stopped drawing and painting and concentrated
only on photography, working in the disorderly conditions of his home.
Of the transition, he says: “The paintings were already painted, the
drawings drawn. What was I supposed to do? I looked for new media. With
the help of photography I saw everything in a new light. It was a new
world.” 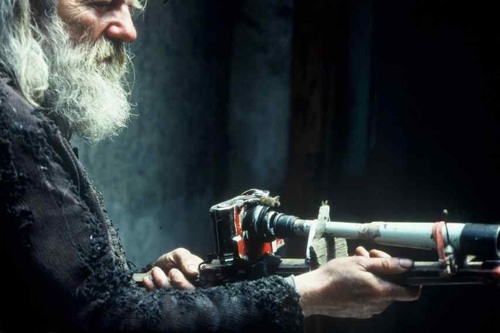 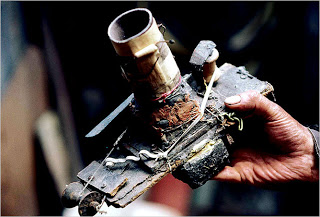 Tichý made his equipment from materials at hand; a typical camera might be constructed from plywood sealed with road asphalt, with a plywood shutter operated by a pulley system of thread spools and dressmaker’s elastic. Telephoto lenses were constructed from cardboard tubes or plastic pipes; the lenses cut out of Plexiglas then polished with a mixture of toothpaste and cigarette ashes.
His enlarger combined sheet metal, two fence slats, a light bulb and a tin can. Once a picture was printed, Tichý might scissor off unwanted parts to improve the composition: particularly successful images were pasted onto cardboard or backed with other paper, and he often drew lines to reinforce the subject’s contours or to heighten an image’s expressiveness. He often decorated the margins with hand-drawn designs. 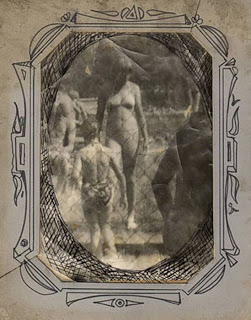 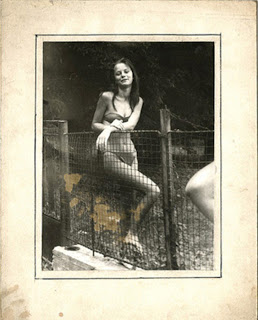 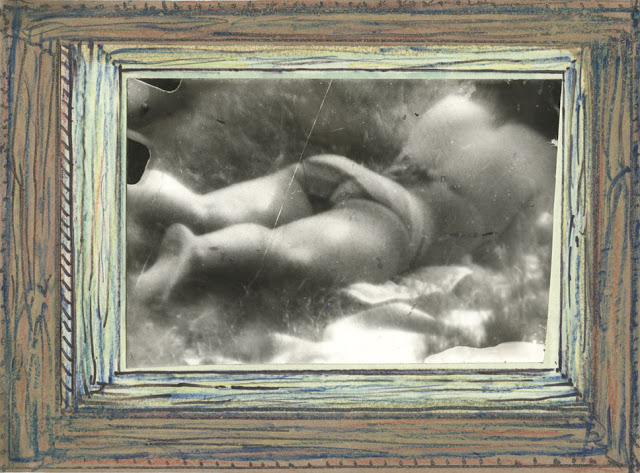 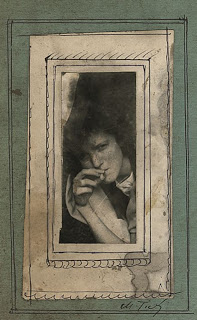 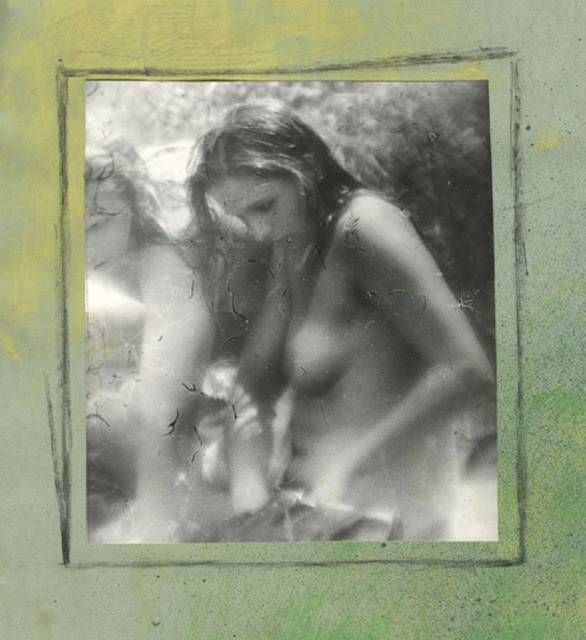 During the years he wandered through Kyjov taking photographs with his crude cameras Tichý was tolerated by the townspeople and merely regarded as an eccentric. He shot about 90 pictures a day, returning to his disordered home to develop and print them. He frequented the streets, the bus station, the main square, the park across from the town swimming pool: stealing intimate glimpses of the women of Kyjov. Although he was not permitted to go to the pool he could photograph undisturbed through the wire fence that often appears in his pictures, adding a suggestion of forbidden fruit. 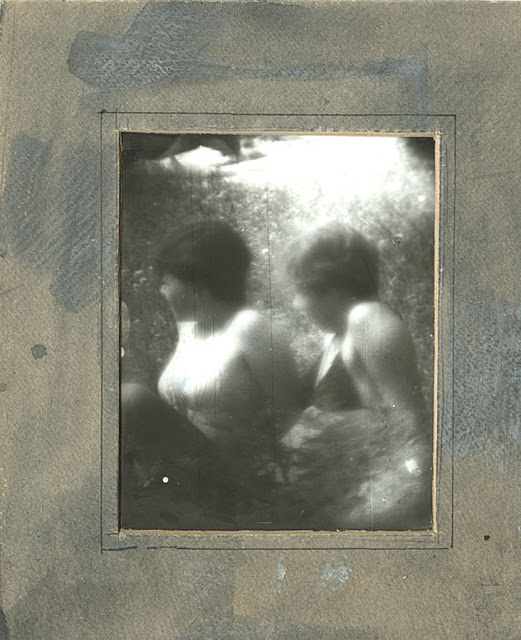 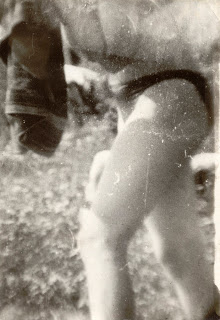 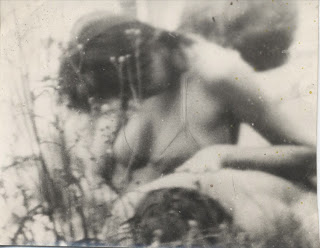 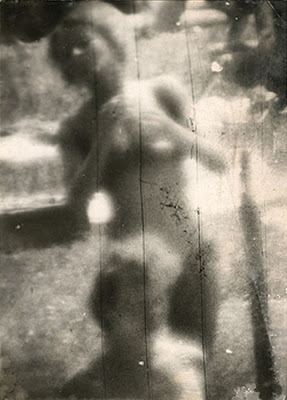 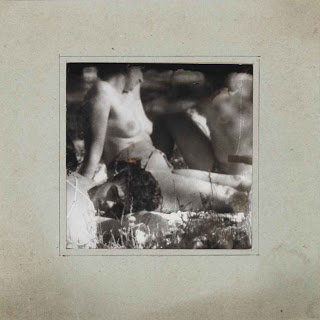 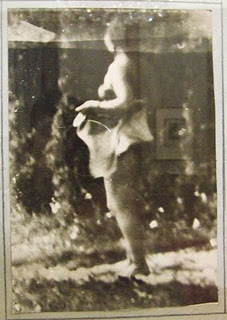 Tichý’s works were unnumbered, untitled and undated. He had no space to properly store his negatives or prints, and once he had printed a picture it was simply cast aside, exposed to the dirt, rats and insects.
In 1981, Roman Buxbaum, a former neighbor that had befriended Tichý as a child, returned from exile in Switzerland. He owned several of Tichý’s paintings and drawings, when he discovered the photographic work Buxbaum began an effort to collect and preserve the artist’s deteriorating photographs. Over the next 25 years he would be the only person to see, collect and document Tichý’s work; Tichý made him presents of bundles of photographs, and Buxbaum bought more bundles from Tichý’s neighbor and “surrogate mother”, Jana Hebnarová, who has looked after him since his mother’s death and was appointed his heir. 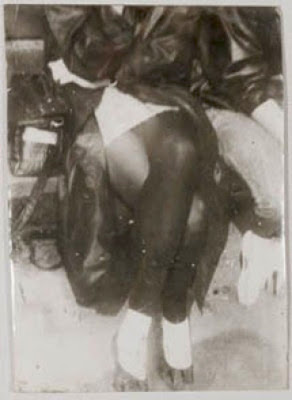 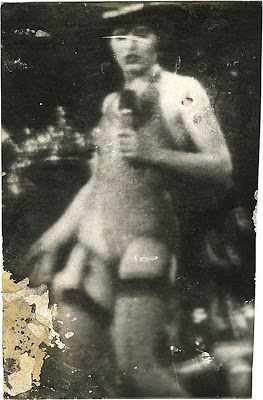 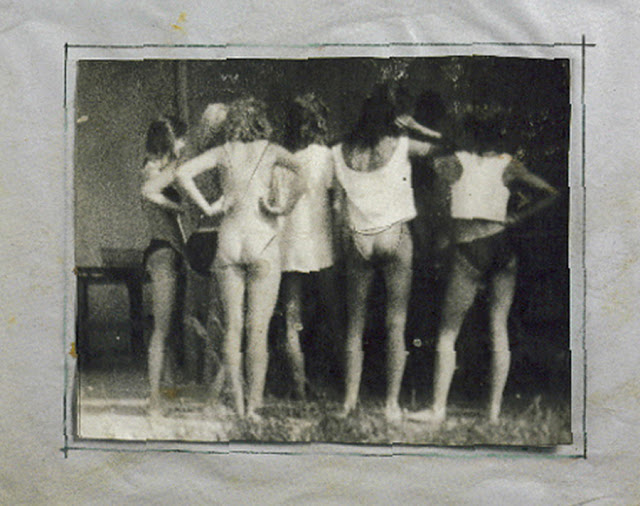 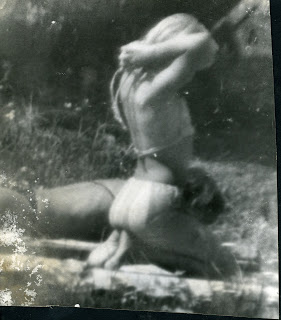 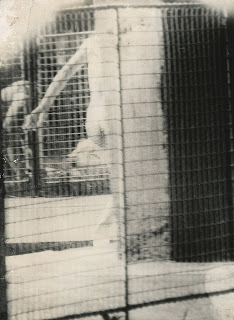 In 2006, Buxbaum  placed part of the collection with galleries for sale on commission, intending to make it available to museums and collectors, but in 2009 Tichý severed all ties and stated that Buxbaum exploited his works without authorization and violated his
copyright. Still, Buxbaum made a documentary about the artist’s work and life, Miroslav Tichý: Tarzan Retired
(2004) and the collection of
his photographs was shown at the 2004 Biennial of Contemporary Art in
Seville. Tichý’s work won the Rencontres d’Arles
2005 New Discovery Award, and Buxbaum set up the Tichý Oceán Foundation
on behalf of Tichý, then 77, to preserve and exhibit his work. In 2005 he had a major retrospective at the Kunsthaus in Zurich and another at the Pompidou Centre in 2008. 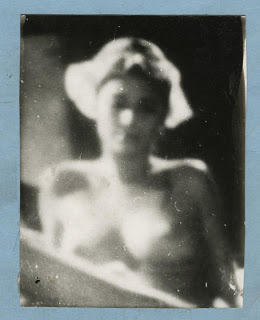 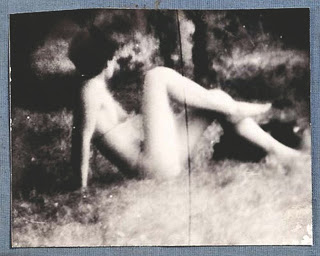 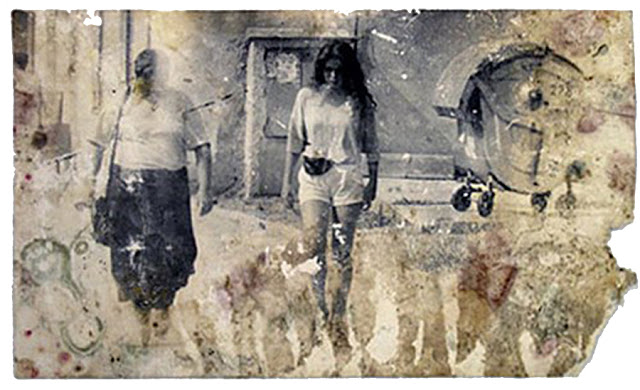 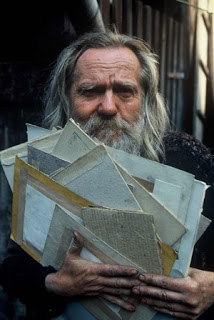 In February 2010 Tichý had a solo show at the International Center of Photography
in New York City. The exhibition featured 100 photographs, the film
“Miroslav Tichý: Tarzan Retired,” and two large vitrines exhibiting
dusty and grimy piles of photographs, homemade cameras, lamps, and rolls
of undeveloped film.
In its review, The New York Times called his anti-modernist style “representative of the nonviolent
subversion practiced by Czech students and artists under the Soviet
regime”, labeling his photographs “…an  uncanny fusion of eroticism,
paranoia and deliberation” that is “mildly disturbing [but also]
intensely fascinating.”