Jules de Bruycker was born in Ghent in 1870, a younger contemporary of James Ensor. He began classes at the Academy of Fine Art (Ghent) at the age of ten, but his studies were interrupted four years later by the death of his father. De Bruycker assumed responsibility for the family’s upholstery and wallpapering business and managed it for much of his life; even after he became a successful artist, many of the class conscious citizens of Ghent referred to him as the tapissier (upholsterer). 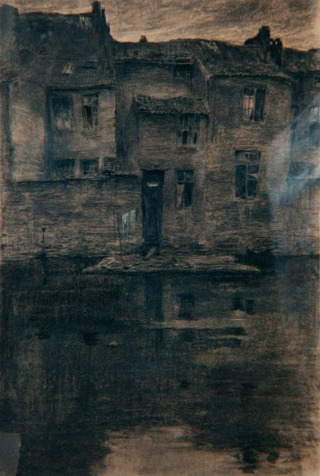 He was able to resumed his formal art studies in 1893, particularly focused on life drawings of the city’s poor and their neighborhoods. By 1902 he had moved to the Patershol, a bohemian local in Ghent which was attracting many of Belgium’s leading artists and authors. In 1905 he saw the etchings of Albert Baertsoen at the Ghent Museum of Fine Art and his first published etching dates from 1906; before the First World War his themes concentrated upon the environs of The Patershol, open air markets, theatres and some of the historic buildings of Ghent. 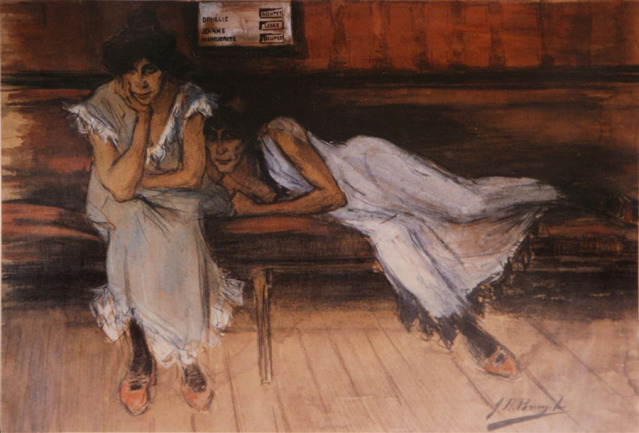 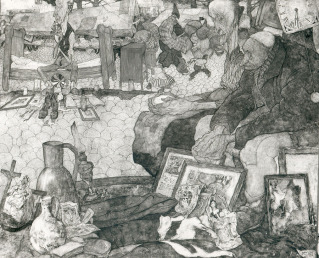 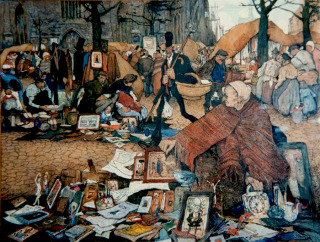 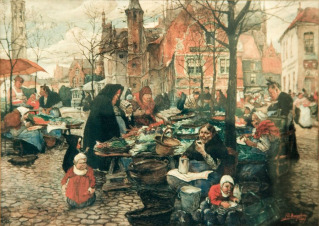 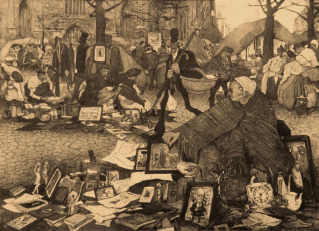 In these early works De Bruycker first developed his unique imagery in which ancient, grand cathedrals and other edifices are often sharply contrasted with the appearance and actions of contemporary humanity. The inhabitants were still the poor and impoverished, and to some extent his etchings combined architectural art and social statement. 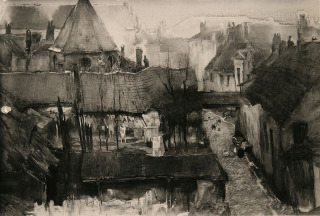 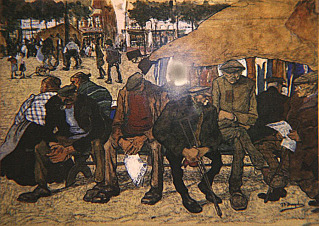 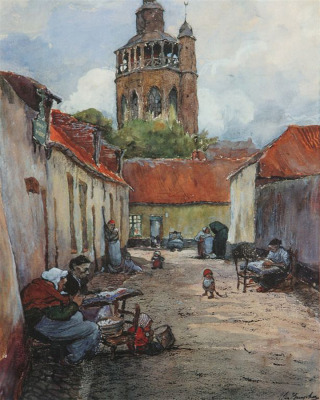 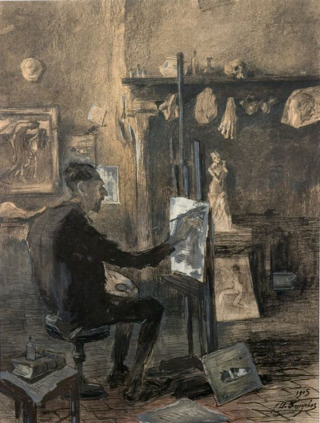 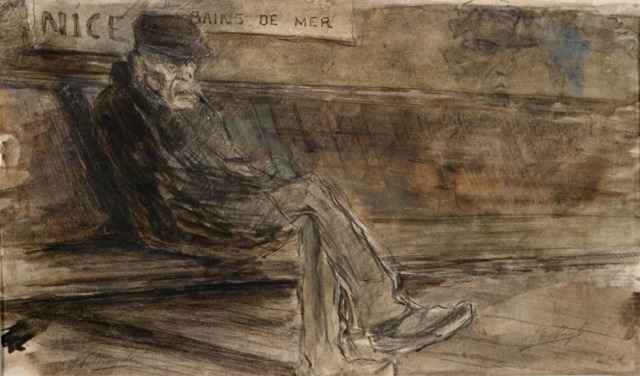 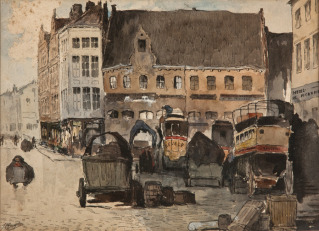 De Bruycker fled to London in 1914, where he remained until 1919. He met other British artists including Walter R. Sickert, and was also influenced by the work of the American artist James Whistler. De Bruycker was fascinated by the pace of life in the big city, but also deeply impressed by photographs of the war in his native land and he created a series of prints on the horrors of the Great War. These are large etchings created with technical perfection, in which De Bruycker ridicules the German occupation in the most grotesque manner. His works were exhibited at the Imperial War Museum in South Kensington, and no less than the director of the Victoria and Albert Museum tried to persuade De Bruycker to remain in London after the end of the war. But in 1919 De Bruycker returned to Ghent. He was named a Knight in the Order of Leopold (1921) and a year later his drawings and etchings were the subject of major exhibitions in both Brussels and at the Art Institute of Chicago. In 1923 Jules De Bruycker accepted a teaching post at the Hoger Insituut voor Schone Kunsten, Antwerp. In 1925 her received full membership into the Royal Academy and, in 1927, was awarded Belgium’s national prize for fine art. The ‘tapissier’ had assumed his place among Europe’s greatest etchers. 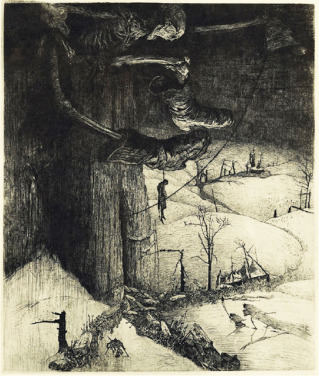 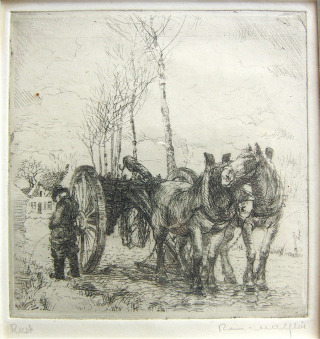 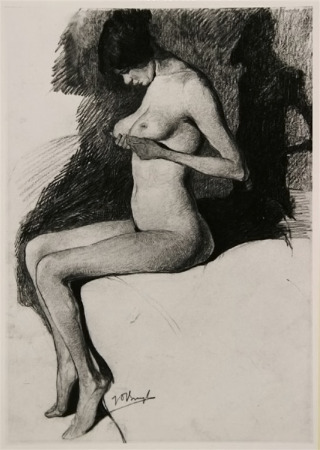 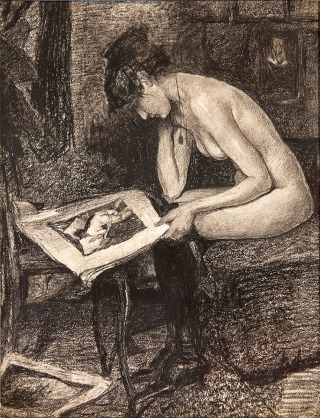 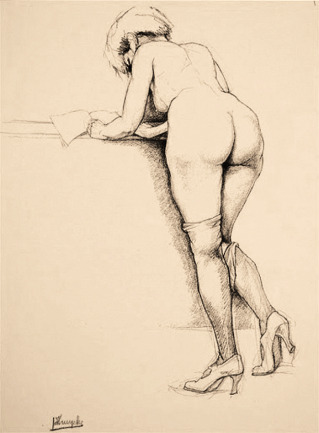 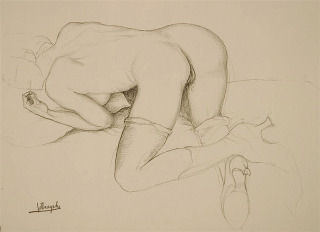 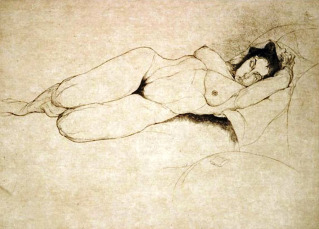 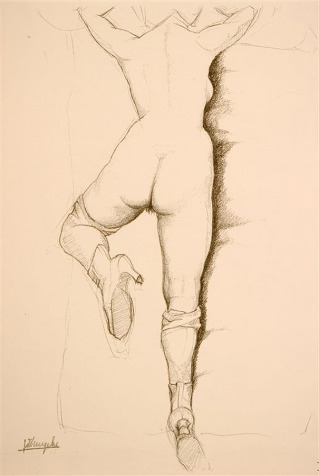 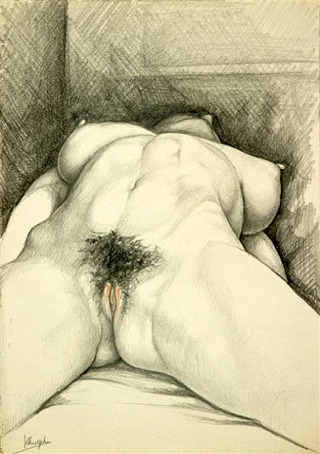 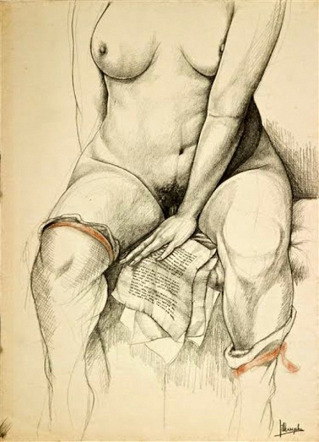 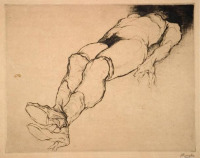 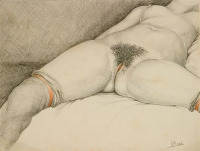 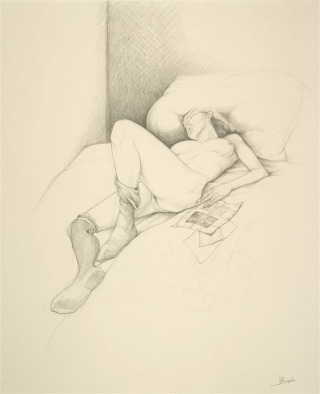 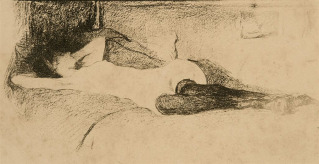 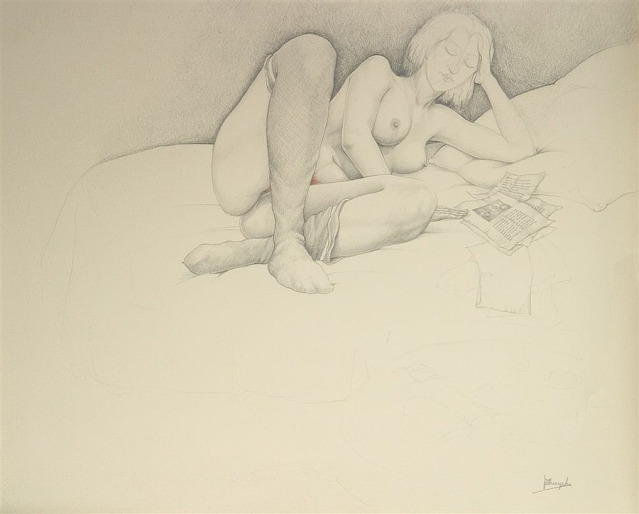 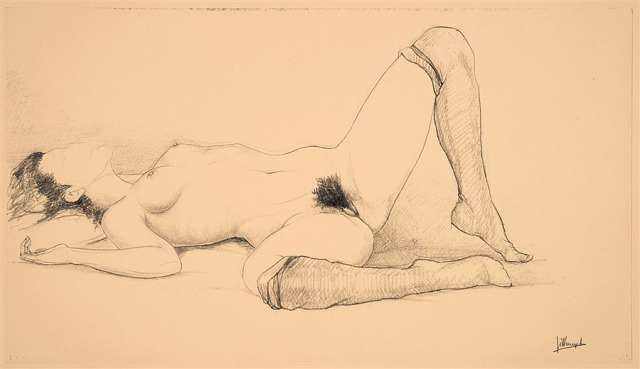 Despite increasingly difficult health problems (primarily a weakening of his bones) which demanded that De Bruycker dedicate most of his efforts to drawing rather than printmaking, he managed to etch a selection of twenty-two drawings culled from the dozens he had executed on the outdoor terrace of the café Wilson in 1940. Chabot describes this situation:
“Life has become hard. De Bruycker is sick. He is brought by taxi to sit on the steps in front of a café. He nestles into a corner and chain-smokes his cigarettes. Concealed, he draws like one possessed.
The other guests sit with their backs toward him, he observes them and penetrates their character.”
Jules de Bruycker died in the hospital Refuge of Mary at the Coupure in Ghent in September 1945.